6 More of The Weirdest Synths Ever Made 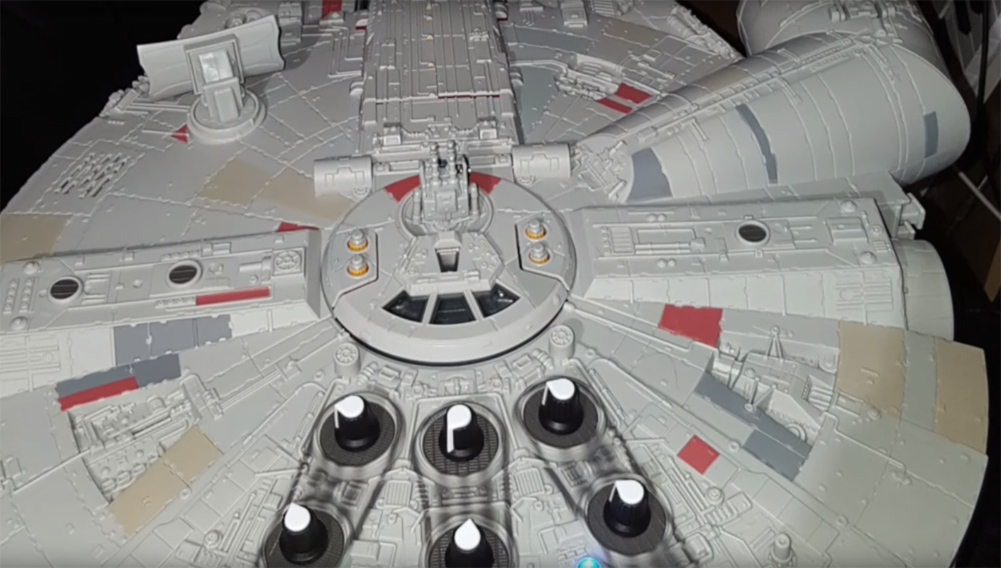 A while ago we took a closer look at six of the weirdest synths that were ever made, but it turns out that the rabbit hole goes even deeper. As if it wasn't bad enough that many analogue synths contain enough cables and wires to cause someone suffering from an ekrixiphobic panic attack, many designers took things even further. After all, why just freak people out with the otherworldly sounds of your synthesizer when you can also cause them discomfort with the physical design as well. So without any further ado, here are six more of the weirdest synths ever made (aka "good luck convincing your better half that you need any of these in your synth collection").

The ANS synthesizer is the work of Evgeny Murzin, a Russian engineer who had some pretty far out ideas about combining light, music and graphics in one instrument. He named his invention ANS in honor of Alexander Nikolayevich Scriabin, a Russian composer who started the whole craze for combining sound and light. It took Murzin twenty years to finalize The ANS, but the way it looks, operates and sounds still manages to turn heads. The sound of ANS can be heard in movies such as Solaris and Stalker by Andrei Tarkovsky, but if you want to try it out for yourself, you are in luck as a software version exists, called Virtual ANS (http://warmplace.ru/soft/ans/)

Everyone who loves weird and wonderful instruments should be familiar with Martin Molin from the group Wintergatan, but if not, check out his Marble Machine video (https://www.youtube.com/watch?v=IvUU8joBb1Q) and be amazed. Having already proven that he has the patience to spend 14 months to assemble a wooden contraption that runs on marbles, Molin then came up with what he calls a "Modulin." As can be seen in the video above, it is basically a modular synthesizer that is played just like a violin. While not as imposing as the Marble Machine, it is still a very unique and impressive synth.

If you have ever looked with envy at street musicians with their guitars or drums while your synths are practically embedded in your studio, then Synth Bike 2.0 is for you. It is the brainchild of Sam "Look Mum No Computer" Battle, who also gave the world the frankly terrifying "Furby Organ" (https://www.youtube.com/watch?v=GYLBjScgb7o). For this bike he took a Raleigh Chopper and basically added as much analog synth electronics to it as possible while ensuring that it can still ride. In fact, the front wheel can be used to control the tempo, so the faster you go, the faster the music goes.

Since its release in 2011, the 3D sandbox game, Minecraft, has been captivating players and allowing them to use their imagination to create some incredible designs. A lot of these creations have surpassed what even the creators of the game may have imagined possible. The player in this video looked to his Moog Prodigy for inspiration when creating a working synth inside the game. It might not look very impressive from the outside, but you have to admire the dedication that has gone into building this synth out of what is basically digital Lego blocks.

For those who have ever looked at a synthesizer and wished that it contained more Juniper, Walnut, Sassafras and Cherry in addition to the resistors, transistors, capacitors and wires, the Ciat-Lonbarde Cocoquantus is the answer to your prayers. Thankfully it is also Restriction of Hazardous Substances Directive compliant according to the official website (http://ciat-lonbarde.net/cocoquantus/). It is not just one of the weirdest synths that we have ever seen, but the sound it produces is also something else. Provided you can figure out how to use it of course!

Unsure what to get that synth-obsessed Star Wars fan in your life? Well, Martin Ornman came up with the solution to this age-old conundrum when he created the MilleniATmegatron Falcon. As is obvious from the name, it is basically a fully working Soulsby Synthesizers miniATmegatron synthesizer that has been housed snugly inside a model of the most famous starship in the Star Wars universe. After all, what is better than using a modified YT-1300 Corellian light freighter as a synthesizer? Check out the video if you have the urge to build one of your own.