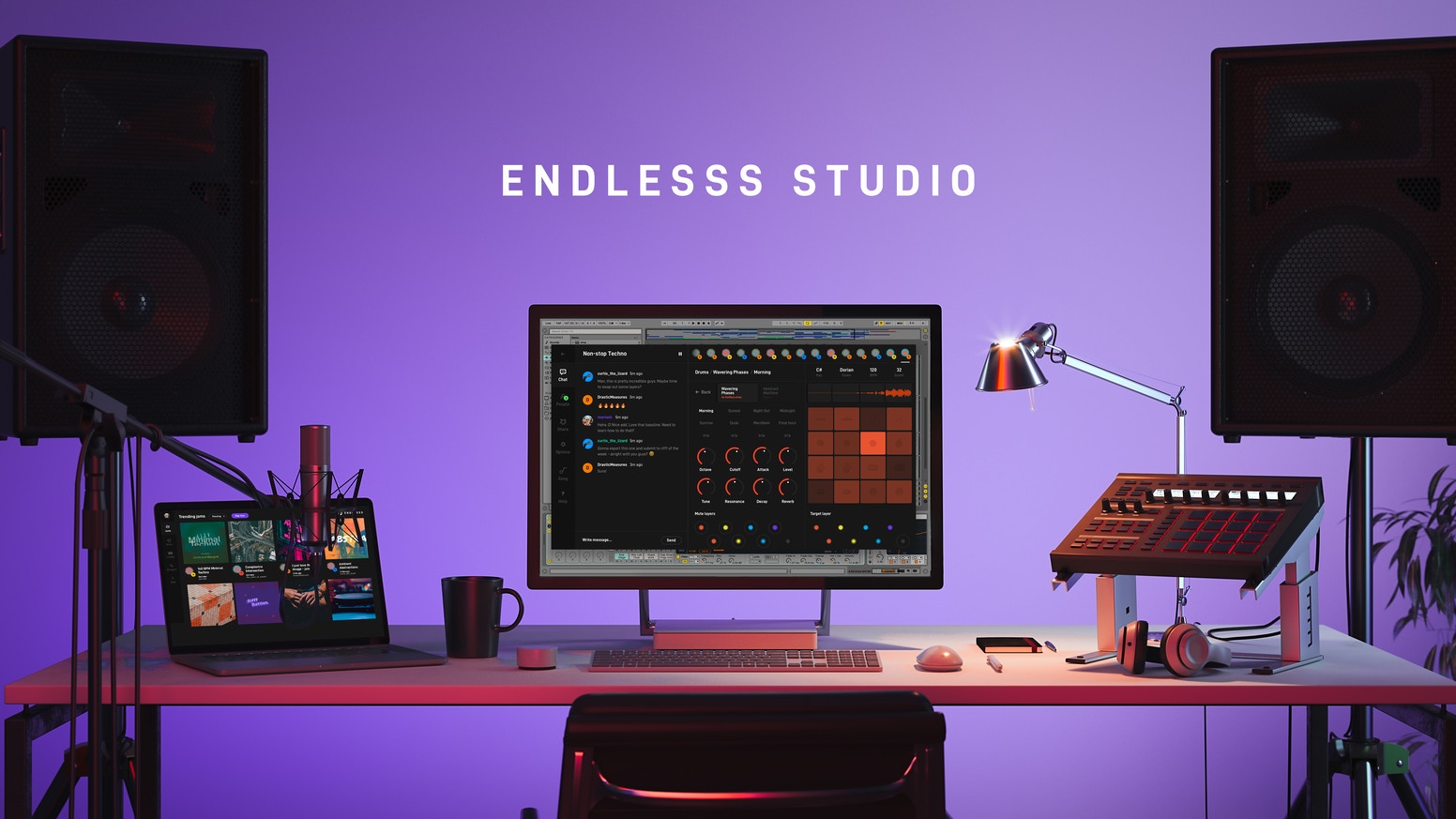 Endlesss, a music-making application, was released for iOS earlier this year and quickly became a hit with everyone who was stuck at home because of COVID-19. It allowed people to make beats, improvise music and jam live with other musicians, beat-makers, and DJs all over the world. The success of the app also prompted Endlesss Ltd to launch a Kickstarter campaign for a Mac & Windows standalone app as well as VST / AU plugin version of the software.

Fans were definitely interested in a desktop application as the Kickstarter campaign blew past its £25,000 goal in just an hour. The final tally for the campaign is £141,414 thanks to 887 backers. This amount also means that the Endlesss Studio Kickstarter reached three stretch goals, with the final one being hit just before the end of the campaign. Supporters of Endlesss include Imogen Heap, Matt Black, BT, Jon Hopkins, and many other world-class artists. Kickstarter backers could also pledge towards the "Artist" reward tier for access to intimate live collaborative jams with Imogen Heap, Coldcut, Flux Pavilion, and others.

Although Endlesss started out as a fun application for iOS, the desktop version has the potential to become a very powerful collaboration tool that can be accessed straight from your DAW. One of the perks of being an early Kickstarter backer was lifetime access to Endlesss Studio, but the software will follow a monthly subscription fee model to keep it sustainable. Using Endlesss Studio, musicians will be able to collaborate in real-time using their favorite digital and analog gear, which is sure to open up plenty of creative opportunities.

The official launch date for Endlesss Studio is May 2021, but backers will get access to early test versions of Endless Studio before then. Check out the video below for a glimpse of an early version of Endless Studio in action and let us know in the comments what your thoughts are about the software.