There can be no doubt that digital audio workstations have come a long way since the early efforts by Soundstream, Sonic Solutions and OSC. In fact, it has reached a point where impressive results can be achieved using the software on your phone. Having a DAW in the palm of your hand is incredibly useful, but you are still left with the dilemma of which ones to choose. Since there are now a number of digital audio workstations available for iOS, it is important to pick the best one for your needs. Most of these DAWs are actually good enough to handle all your music making needs, but come in really handy when you are away from primary DAW and want to try out some ideas. 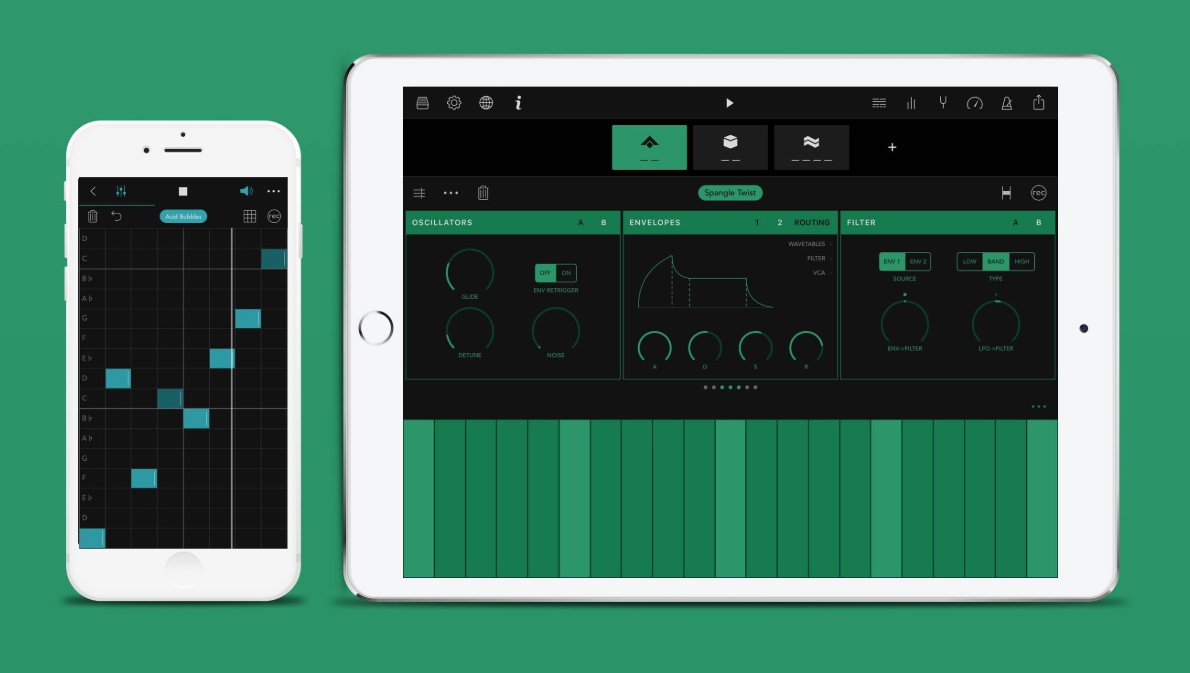 Ampify already has a number of music-making apps available for the iOS platform, but if you want to work with a suite of virtual instruments then you’ll want to check out Groovebox. The use of virtual instruments distinguishes Groovebox from previous releases byAmpify, such as Launchpad and Blocs Wave, which favored samples. The good news is that Groovebox is free, but you will have to spend some cash on in-app purchases if you want to delve deeper into its features. However, there is enough to mess around with in the free version to really get a feel for the software. The monosynth, called Retrobass, and Jupiter-8 style polysynth, called Poly-8, that are included with Groovebox are a lot of fun, but require in-app purchases if you fully want to tweak them. Overall, it offers a great starting point for musicians who don’t want or need the complexity of a fully-featured DAW, while still providing enough room to experiment. 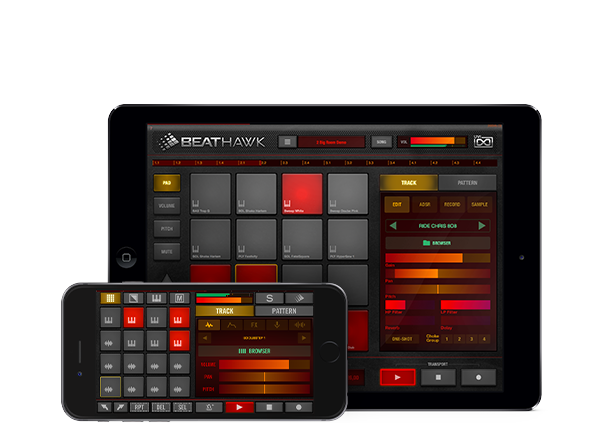 Now on its second version, Beathawk enables you to create beats, compose whole tracks, mix and arrange your music as a whole lot more straight from your iOS device. It is sophisticated enough to produce some really great results, but simple enough that you don’t have to be an audio engineer in order to understand how to use it. It has a 16 track sequencer with up to 16 patterns per part, piano roll editor mode with Note and CC, as well as external keyboard and MIDI-over-LAN support via CoreMIDI. One of the best new features introduced in this version of Beathawk is the support for Ableton Link along with the ability to export in Ableton Live project format.

While not as cheap as other iOS DAWs, KORG Gadget is great if you love vintage synths. This is because it comes with more than 30 different synthesizers as well as drum machines, which are referred to as “Gadgets” in the program. The interface is easy to use and it is also good to see that the app enables you to design your tracks in either portrait or landscape mode. Your creations can be saved as audio or MIDI, which means you can easily transfer everything over to your desktop DAW and keep working. KORG Gadget does have in-app purchases, so not all of the gadgets are part of the initial price, but you’ll find that it does have more than enough to get you started. Using a MIDI controller with KORG Gadget also enhances its versatility as a portable DAW.

Cubasis 2 is another iOS DAW that is hard to beat in terms of features. While it is a great DAW in its own right Cubasis 2 is even more impressive if you are already an owner of the desktop version as it feels like a seamless transition working between the two. Not only is it basically a portable version of Cubase, but also allows for as many simultaneous audio and MIDI tracks as your iOS device is able to handle. Cubasis 2 has an intuitive touchscreen interface and you can get some serious production work done with it. This version of Cubasis improves on the original with new features, such as a refreshed MIDI editor as well as real-time time-stretching and pitch-shifting. With 24 assignable physical inputs and outputs, micrologue virtual analog synthesizer with 126 presets, MIDI over Bluetooth LE support, and much more, you can’t go wrong with Cubasis 2. If you want to try it out first before putting down your money, check out Cubasis LE 2, which is available for free from the App Store. 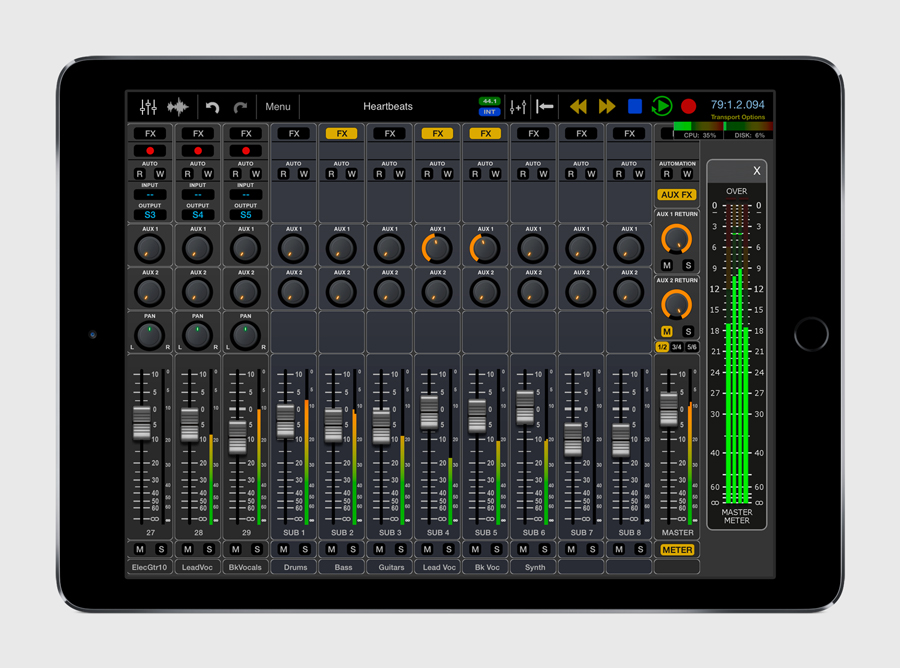 When someone like David Kahne, who has worked with everyone from Paul McCartney to the Bangles is impressed by an iOS DAW then you know there must be something to it. It’s not just Grammy award winners like Kahne that sings the praise of Auria Pro either, it has won numerous awards since its release. It is easy to see why too, as Aurio Pro has everything from comprehensive MIDI support and a built-in sampler player to real-time audio warping and analog synths. You can make use of the FabFilter Twin2 and One analog synthesizers that are included and even backup your projects to an external iOS-compatible hard drive. Aurio Pro is a little more complex to master than other iOS DAWs, but the results are worth it.

The five iOS DAWs that are mentioned here are by no means the only ones that are available on the market. Some users still swear by Garageband while others can’t get enough of MultitrackStudio for iPad. Let us know in the comments below or in the forums what your favorite iOS DAW is and why.