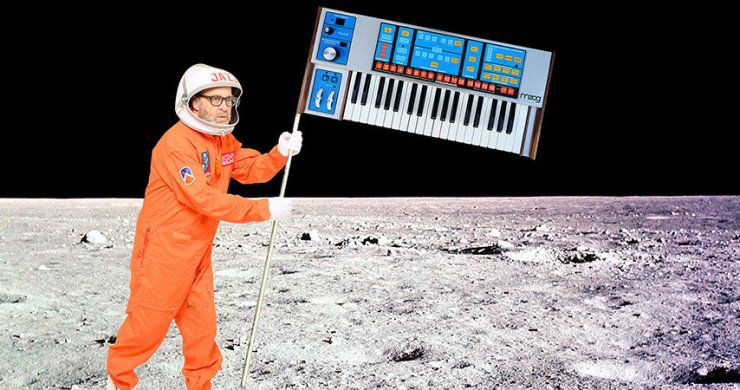 Most people will know Jon Benjamin for his voice acting as Archer on the animated series of the same name or Bob Belcher from Bob's Burgers. However, Benjamin has also attempted music with his 2015 album, "Well, I Should Have..." where he played piano. The album was subtitled "Learned How To Play Piano" and was billed as an experimental jazz record. Benjamin stated that he doesn't play piano at all and was never a huge fan of jazz, which is why he thought it would be funny to create a jazz album. This obviously didn't win him any fans with the jazz community and album ended up sounding about as bad as one would expect it would.

Despite stating that in hindsight the album was probably not the best idea in the world, Jon "Jazz Daredevil" Benjamin is back with another album, and this time he is upsetting a whole new group of people. The new album, called "The Soundtrack Collection" is his second record for Sub Pop, and this time he tackles famous theme songs and film music. Instead of a piano, Benjamin turned his attention to the Moog synthesizer for the album, which is either funny or sacrilege depending on how much you revere this synthesizer. The album kicks off with Danger Zone, the theme from Top Gun, which is something that a lot of Archer fans have no doubt been waiting for. However, it quickly turns into an argument between Benjamin and Kenny Loggins about how he is mangling the song. This is then followed by the theme from 2001: A Space Odyssey, Chariots of Fire, Axel F, as well as the themes from Halloween and Miami Vice.

The whole thing is obviously done very tongue in the cheek so anyone expecting quality music from the album is going to be sorely disappointed. It must also be galling for synth enthusiasts who have spent years toiling away without releasing an album to see Benjamin treat the whole process with such irreverence. The Soundtrack Collection is available now for $10 USD digitally or $17 USD if you prefer a limited edition color vinyl. Have a listen to the album below and let us know in the comments what you think of the Jazz Daredevil and his antics!