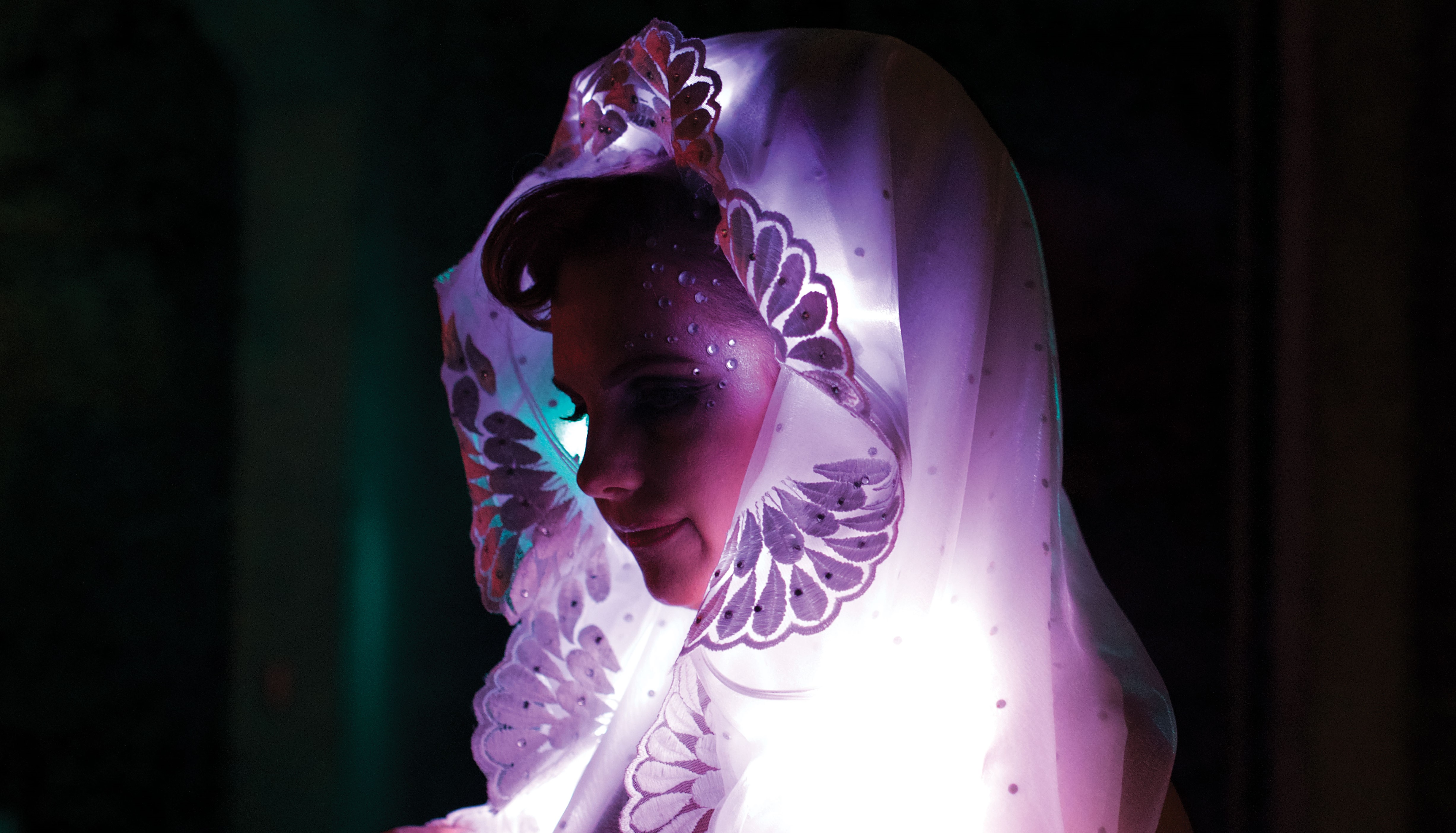 The Original New Timbral Orchestra or "TONTO" as it is known was the first multitimbral polyphonic analog synthesizer in the world. It is still the largest of its kind in the world and has been featured on everything from Stevie Wonder albums to tracks by The Doobie Brothers, Billy Preston, Bobby Womack, and many more. It has been moved around a few times since it was created in 1968, but since 2013 it has been housed at the National Music Centre in Calgary, Alberta. It is here where a local musician, named Angie Combes, has decided to use TONTO by playing the instrument with her mind.

Angie Coombes uses the stage name Angie C and has degrees in biology as well as neuroscience. To record an album featuring TONTO she linked up with the synth using a consumer-grade brainwave sensor headset. It's not the first time that Angie C has worked with brainwave-controlled hardware as she also took part in the 2016 MakeFahion Wearable Technology Gala. For that particular event, she designed color-changing brainwave-controlled outfits. The headset Angie C wore for interacting with TONTO was connected to a computer, which in turn converted her thoughts into voltages. These were sent to TONTO as patches that allowed her to manipulate elements like pitch, tempo, and volume.

Angie C stated that she used visualization for the process and by were able to achieve consistent results. It's a pretty neat experiment, but Coombes also believes that it is something that could make music production more accessible. For more information about Angie C check out her official website at https://www.angiec.ca/about. For a closer look at the process of using TONTO have a look at the CBC News video below, which also features Malcolm Cecil, the inventor of TONTO.