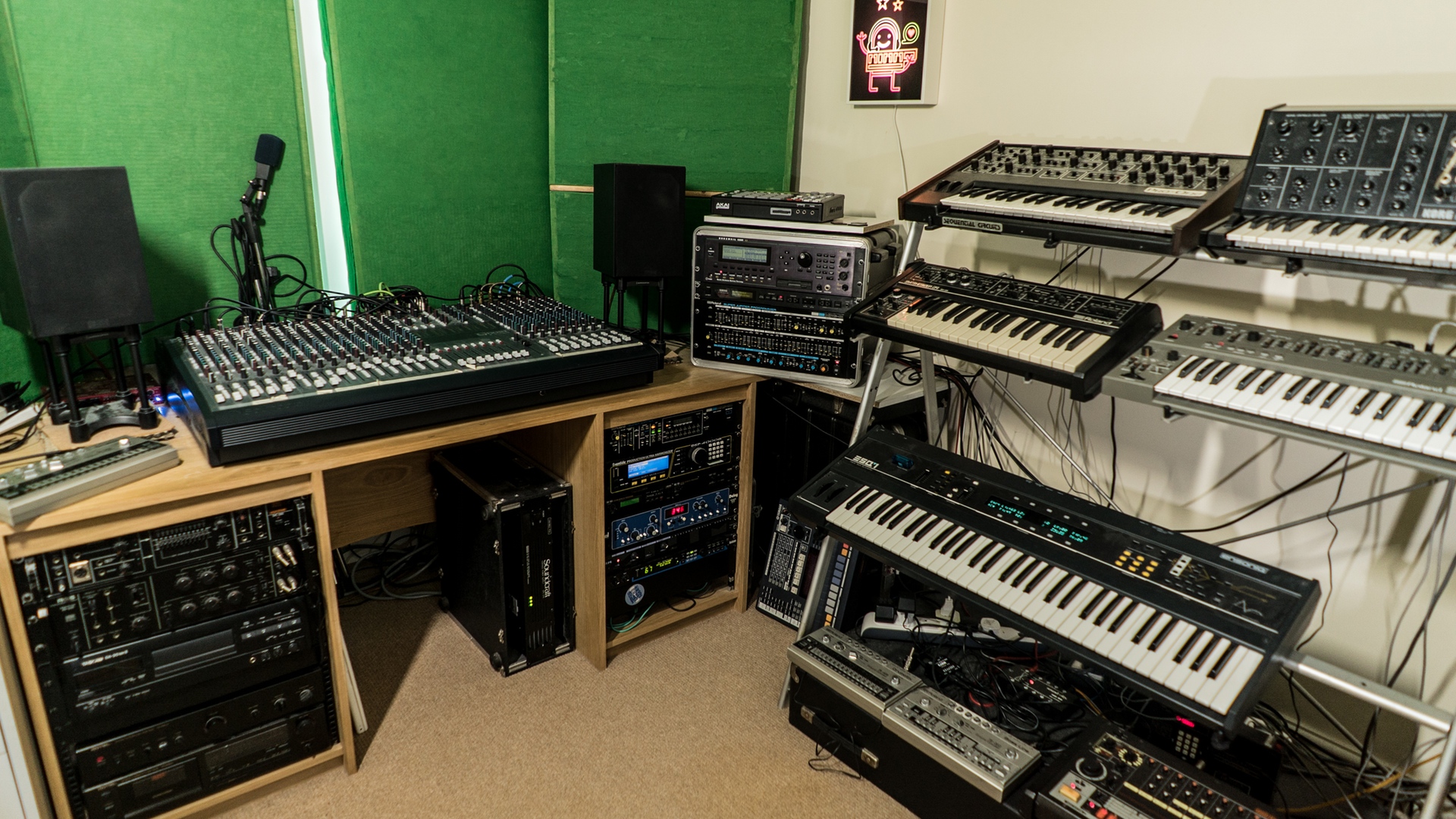 Most hobbies can become very expensive if you get carried away and vintage synthesizers are certainly no exception. There are many enthusiasts who have a wishlist of synths as long as their arm, but often limited space and tight budgets dictate what can actually be bought. However, there are a couple of people who are not held back by these restraints and have space as well as means to collect vintage synths to their heart's content. While we are deeply envious of them, it is still interesting to check out and admire their collections. Here are just a few musicians who have managed to amass impressive vintage synth collections over the years.

We start things off with a collection that isn't just really impressive to look at, but you can actually interact with it as well. It is called the Vintage Synthesizer Museum and can be found in Emeryville, California. If you want to learn about vintage analog synthesizers, experience using them and even record with them, then this is the place to go.

This was recorded back in the day (1984 to be exact), but it highlights the impressive synth collection that Herbie Han had already amassed. It is also very clear that he not only loved this collection but also knew how to use everything to their full potential.

Edward Upton, who also goes by the name DMX Krew in honor of the Oberheim DMX drum computer, has made quite a name for himself in the electronic music genre. However, unlike many other musicians in this genre, Edward didn't skimp when it came to getting his hands on the actual vintage synth hardware instead of opting for software.

Mark Mothersbaugh isn't just known for his work with Devo, but also his solo career as well as everything he has done for film, television and video games. As this video shows, Mark also has a soft spot for vintage synths and electronic gear, with a collection that includes some extremely rare items.

Adrian Utley is well known for being a member of the band Portishead, but this talented musician has also recorded with a diverse range of other artists. Over the years Utley has also managed to assemble quite an impressive vintage synthesiser collection. With instruments such as the Arp 2600, Korg MiniKorg 700, Roland SH-101 and much, much more, it truly is a collection to envy.

Richard Melville Hall, or "Moby" to his fans, is a musician who needs no introduction. Whether you love or hate this influential musician, there is no denying that his analog instrument filled studio is quite impressive. Don't expect him to part with any of his gear any time soon, though, as he still owns the same Casio synth that he used to mess around on in the eighties. Even more envious is that the stuff in the video isn't even everything that he owns as a lot of his equipment is still in storage.

Dave Smith is the engineer behind the Prophet 5 as well as the multitimbral synthesizer, so it is no surprise that the so called "Father of MIDI" has an impressive personal collection of his own. His synth room is basically a physical history of his company and it is packed to the rafters with sought after gear.

For those not familiar with Francis Xavier, he also performs under the name "Finger Prince" and with the band called "Infusion." He's not just a musician, though, as he is also part owner of the Motorik record company. This video showcases Motorik headquarters and their studio, which is overflowing with great gear.

Chromeo, the Canadian duo that consists of David Macklovitch and Patrick Gemayel are known for making liberal use of synthesisers on their albums. This video highlights some of the synthesizers that have shaped their unique sound and their studio is definitely a place where any synth fan would feel right at home.

Richard Devine described himself as an electronic artist as well as well as a sound designer, which is no exaggeration as everyone from Google and Microsoft to Apple and other top companies have made use of his services. He has also collaborated with numerous artists, including Mike Patton, BT and Aphex Twin. Although his studio isn't the biggest, it is certainly packed with some interesting stuff.

There are obviously many other musicians as well as private collectors with collections that might equal or surpass the ones here, for example, check out this impressive collection from Singapore's Synthesizer Collector, Khew Sin Sun and Junkie XL with his "Modular Wall". However, it is not always easy to find videos of all the collections on display. If you are one of these lucky folks or know about ones that we have missed be sure to let us know in the comments or on the forum.