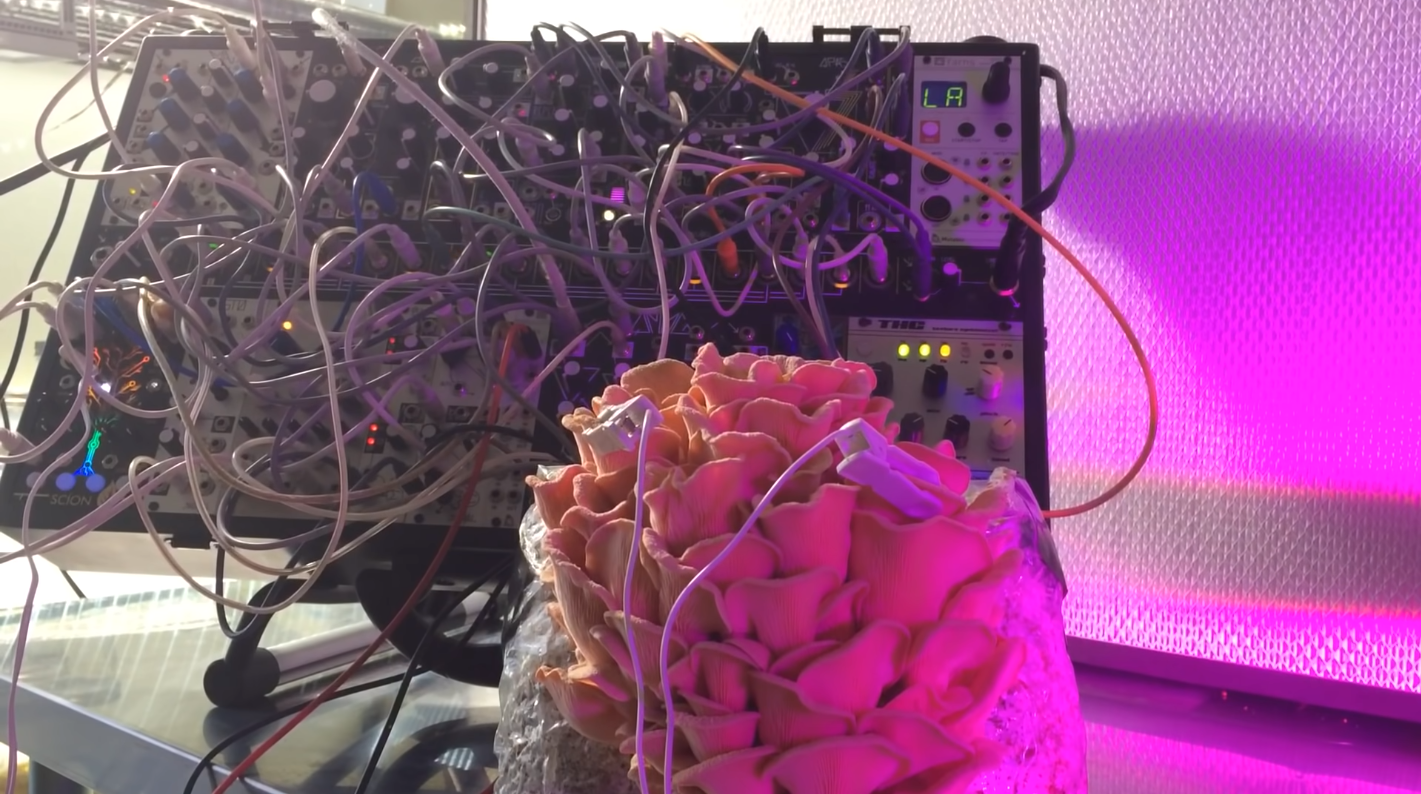 We have no doubt that a lot of classic synth tracks were "influenced" by mushrooms it's not every day that you get to hear mushrooms making the actual music. However, a YouTube channel called MycoLyco has sprung up (pun intended) featuring videos of just that. The first video, which was published in November of last year, features ten minutes of pink oyster mushrooms playing synthesizers and since then many other clips have joined the playlist. It is a concept that has fascinated many viewers as the channel has already grown to more than 40,000 subscribers.

It's not just mushrooms playing synthesizers on the channel either as MycoLyco has also dabbled with Kyanite, Rose Quartz, Amethyst, and Selenite hooked up to his gear. However, the mushrooms are by far the freakiest and there's nothing quite like listening to parasitic fungi playing IDM.

Anyone curious about how mushrooms can play modular synthesizers should also check out the video by MycoLyco explaining the galvanic response that is responsible for the otherwordly sounds. We've seen and heard plenty of weird objects being used to control synthesizers, but listening to a Lions Mane take on a Blue Oyster Mushroom in a beat battle on modular synthesizer might just be the weirdest.

Anyone interested in MycoLyco can check out his YouTube channel or join his Patreon where he is "creating meditation music using biodata sonification devices." His album, Initial Research, can also be found on Bandcamp for those who can't get enough of synthesizer playing mushrooms. Let us know in the comments or on the forum what your thoughts are on combining mushrooms and synthesizers!