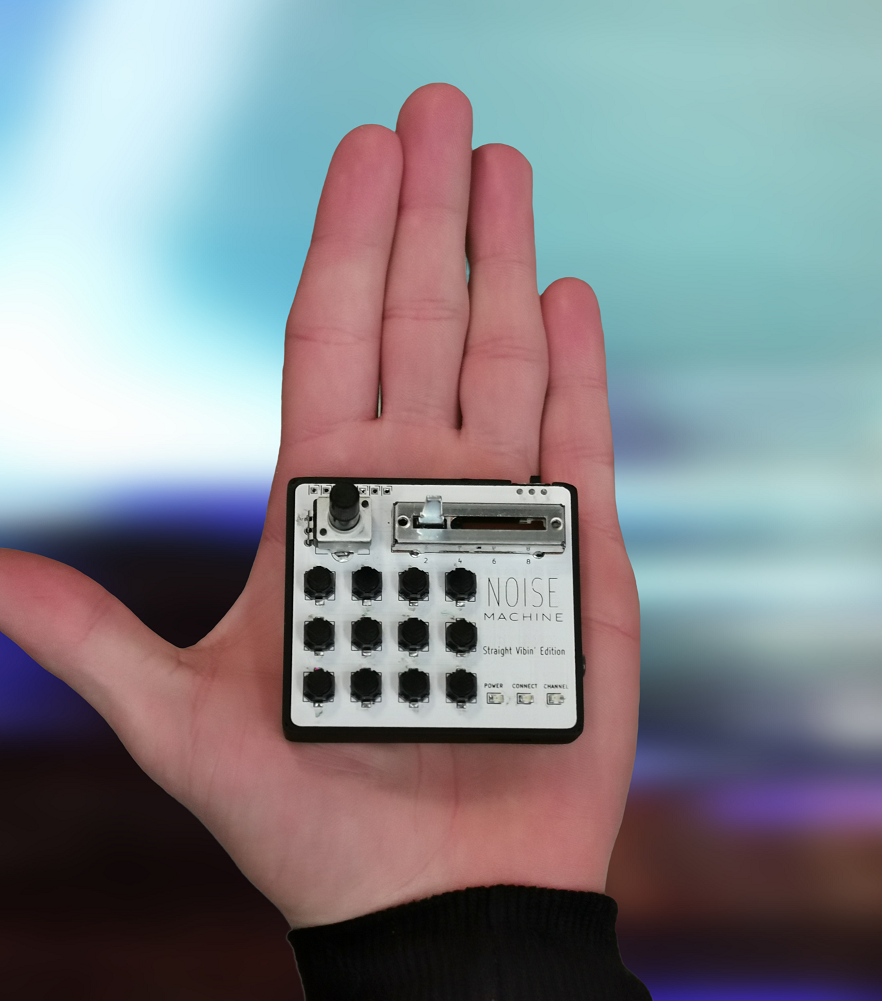 We've seen time and time again that there is virtually no limit to the types of MIDI controller designs that people have come up with. However, in contrast to the trend of massive controllers with as many buttons and dials as possible, there is the upcoming Noise Machine.

Noise Machine promises to be a tiny MIDI controller that you can fit in the palm of your hand. Despite the very minimalist design, it will still feature 12 notes, 7 octaves as well as a MIDI expression knob. It is entirely wireless and will be able to connect to all the popular DAW's on IOS, and Android as well as Windows, and MAC.

According to the designers of Noise Machine, it was designed to give users freedom from the limits that hinder traditional MIDI controllers. The portable design is a big plus, but Noise Machine can also connect up to 12 different channels on one device. This means that you can play one in each hand or create an ensemble if you have enough like-minded friends with the device. A big concern with wireless MIDI controllers is always latency, but the creators of Noise Machine has stated that this will not be an issue as most DAW's will register at an impressive 7.5-10 milliseconds. In response to a question on their official Facebook Channel, Noise Machine stated that for now the note buttons just send note messages, but the ability to transmit CC messages is something that they have considered adding in the future.

Check out the Noise Machine video below and let us know in the comments below or on the forum what your thoughts are on this highly portable MIDI controller.