From Rocks To Mannequin Legs - Making Music Has No Bounds 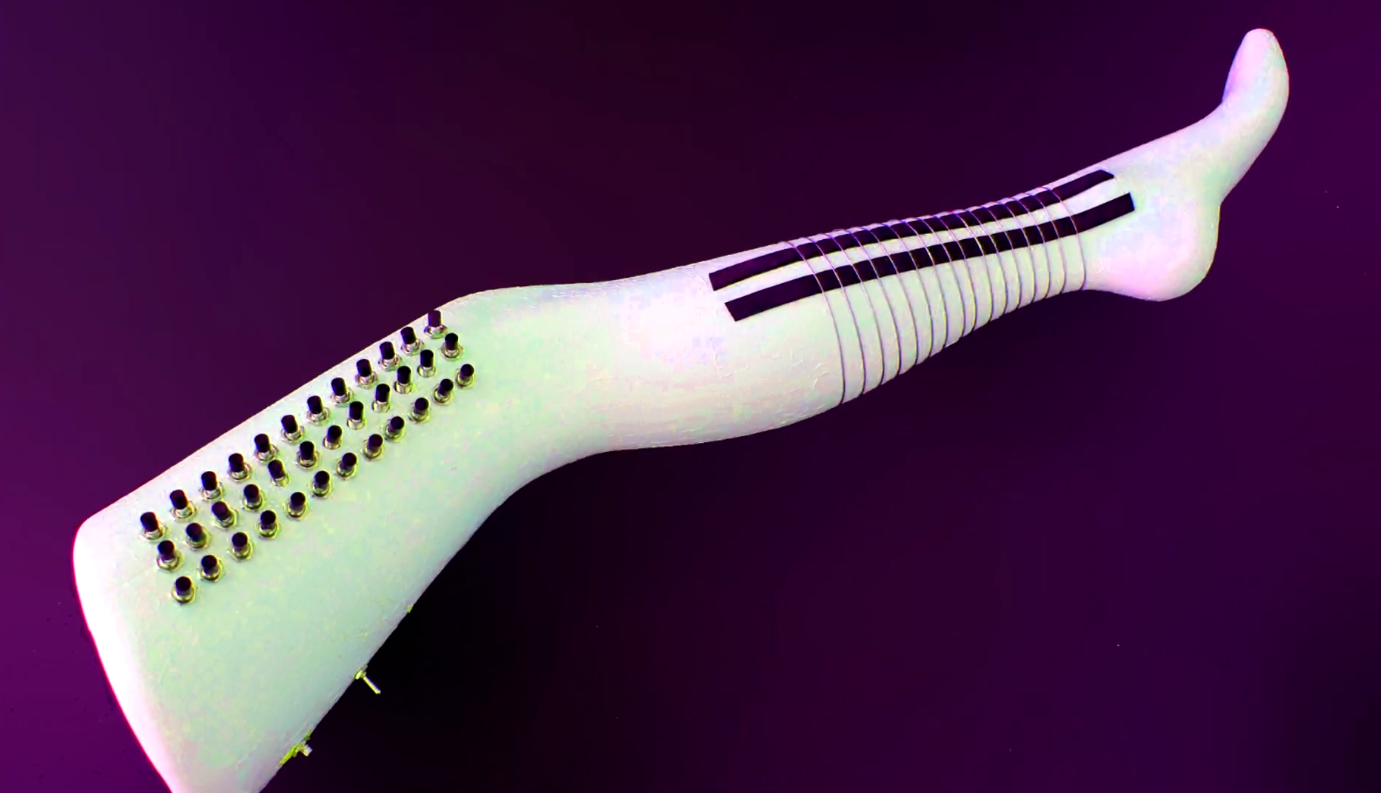 It would seem that scarcely a week goes by without someone somewhere coming up with new unique ways to create music. We've seen everything from Furby Organs to people turning their entire kitchens into working synths. A while back we also reported on a man who hacked his arm prosthesis to control his synths and now there is the "Leg Strum." It is basically a MIDI chord instrument that has been designed using a mannequin leg.

The creator of Leg Strum made use of "Le Strum" by Sixty Four Pixels, a small maker of electronic musical accessories based in Brighton, UK. Le Strum is a MIDI strummed chord controller kit that can be connected to any MIDI synthesizer or computer with softsynths. You can then hold down a combination of buttons to select the chord you want to play and use the stylus to play the notes. It works through the stylus touching the contact pads that are on the top right of the board and expressive sounds can be created by strumming across chords.

The Sixty Four Pixels website has a page dedicated to providing tips for modding Le Strum, but we doubt that they ever imagined someone would take the device and combine it with a mannequin leg. Check out the video below to see Leg Strum in action in all of its glow in the dark glory:

Next on the list of things that people normally would not associate with music in any way is stones. We're not talking about the "Rolling" ones either, but a stone marimba or lithophone, created by a musician named Jimi Tenor. Apparently lithophones date back to ancient times and there are quite a few cultures who have made use of these instruments over the years. Tenor iss an experimental electronic artist and unlike most musicians who would venture to the nearest shop for their gear can be seen heading into the woods with a wheelbarrow in the video below. After some poking and prodding he heads back with his hefty haul while gathering some branches along the way.

Back at his cottage, Tenor sets up the stones and then makes use of sequenced Polyend Per percussion controllers to coax music out of them. Check out the video to see Tenor in action making his stone marimba as well as the short composition, Aittalito, that he creates with it. It's certainly a very creative endeavor and just goes to show what can be done with a little out of the box thinking and synthesizer know-how.