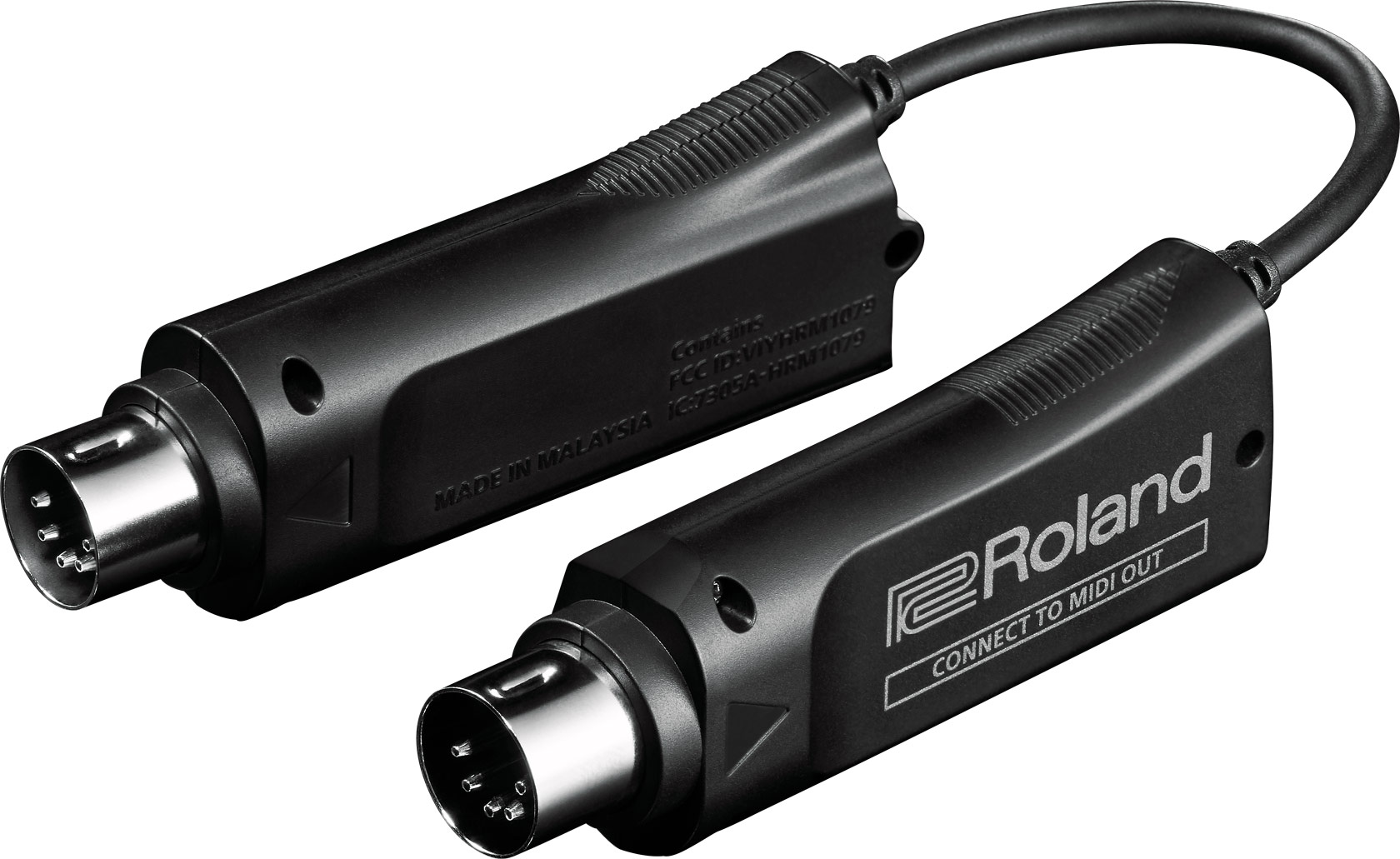 Cable and clutter have always been a concern for musicians who would like to make music whenever and wherever they want. The solution is obviously to go wireless, but latency has always been a barrier. Roland has decided to tackle this issue by unveiling the WM-1, their wireless MIDI adapter.

According to Roland, the WM-1 can be plugged into a keyboard, drum machine, or any other hardware with standard MIDI I/O. It can then be used to wirelessly communicate with MIDI music apps on an iOS device and Mac computer. Windows users are not left out in the cold either as they can make use of the WM-1D Wireless MIDI Dongle. It can be plugged into an open USB port to facilitate smooth and responsive communication with any instrument or device in the WM wireless system.

Roland believes that wireless MIDI will be a real problem solver for many users and will appeal to anyone looking for a simple, clean setup. They also stated that it will be a boon to anyone with a MIDI instrument that has to be connected to their DAW with long, unsightly cables. For anyone skeptical about the latency, Roland has cited their use of proprietary wireless technology in the WM series. Apparently, this allows them to provide an immediate, ultra-responsive playing experience that will be the same as when plugged in with a normal MIDI cable. The WM-1/WM-1D features a "Standard" mode to cover most playing situations, but the "Fast" mode turbocharges the transfer rate to 3 ms. This is better than the internal speed of many hardware devices, which makes it perfect for timing-critical applications. While Mac and iOS users can use standard mode over Bluetooth MIDI, a WM-1D is needed for Fast mode.

For the full specifications, check out the official Roland website.