Seven Synth Players Showcasing Their Talents In The Street 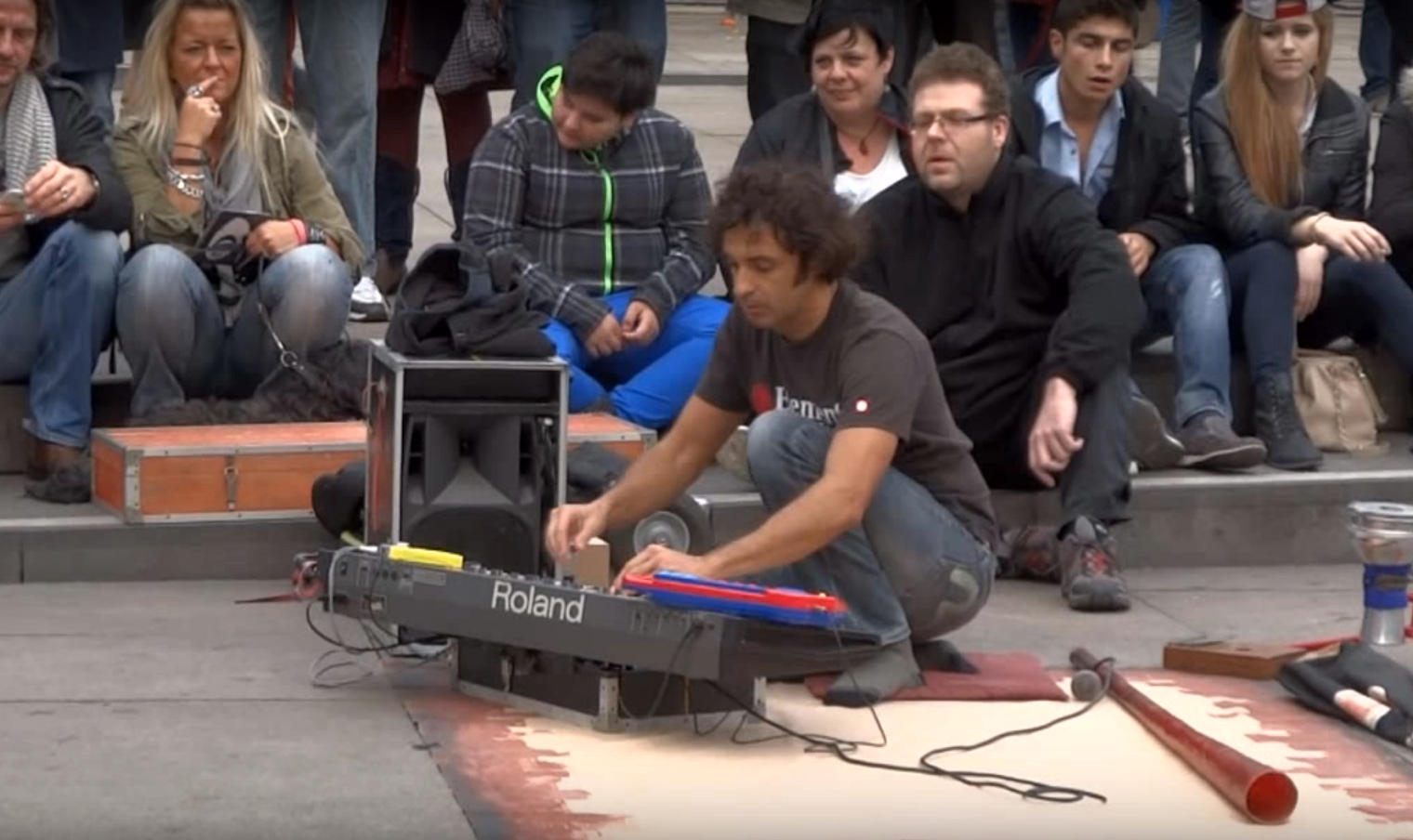 For most synth owners the thought of their precious equipment ever leaving the studio is not a very pleasant one. Even musicians who are lucky enough to play live shows with their synthesizer gear will take every precaution to ensure everything is safely and securely packed. That is why it is so unusual to see street musicians who are brave enough to take their gear out in the elements to entertain the public. While there are no shortage of guitar players and even the occasional drummer banging out tunes in public spaces, synthesizer players showcasing their talent on the streets is still a rarity. However, this hasn't stopped the following brave souls from putting on some pretty impressive performances.

This performance was caught on camera in the Tottenham Court Road area of Central London although the performer has also been spotted in Eel Brook Common and at Blackfriars Bridge. According to some of the people who have seen him in action he goes by the name Ghostwind and he is certainly not afraid to crank the volume of his music. While most of the videos that we have seen of him in action are solo performances with his Korgs, but there are also a couple of videos where he is accompanied by a saxophone player.

This street artist, which the owner of the video refers to as "Epic Synthesizer Man," put on quite an energetic performance in Berlin. It's not often that we see performers pulling off impressive moves behind their synth as well as in front of it, but this man certainly doesn't shy away from the limelight. Onlookers got to watch him dance, sing and play his heart out during the performance. The follow up video also shows that his act involves outfit changes and getting the audience to participate (https://www.youtube.com/watch?v=tnDw_-s9N1k).

It would seem that Germany is the place to go if you want to enjoy epic street performances by synth players. This video was filmed at the Alexanderplatz in Berlin and features a musician who drew in the crowds with the sounds of his Roland. He also managed to get some of his onlookers to participate and made creative use of his vocals for the performance. A little more digging revealed that the artist is actually Ricardo Moretti performing as his solo project "TribalNeed." He uses a combination of Synths, Percussion, Beatboxing and a Loop Station for his unique sounds. For more information, check out his official website at http://www.tribalneed.com/

This video showcases the talent of a Nottingham street busker jamming on his synth. He definitely favors a very minimal approach as he only uses his Novation and a speaker to produce his tunes. We don't know much about this musician, but did find a video of him rehearsing for his busking in another video (https://www.youtube.com/watch?v=H3QYH82Px0k).

It takes a lot of confidence to take your music to the masses in the street, but this performer didn't look like he particularly cared what people thought of his sound or setup. To lay down his beats he used a Diabolical Devices Modified TR 606, Little Boy Blue noise synth, Devi Ever Eye of God pedal, WMD Geiger Counter pedal and Space Echo pedal. Whether you appreciate the sound or not, it certainly drew some curious stares.

In stark contrast to the previous video, this performer seems to have put a little more thought into his presentation. It shouldn't come as a surprise, though, as he is a member of the three piece Synth Rock band Izera. This group is from Adelaide, but even after opening for artists like Gary Numan, they are still not averse to busking in Rundle Mall or other spots around Adelaide. For more information about their sound and gear check out their official website (http://izeraofficial.wixsite.com/home/street-performer).

Who needs a club to play a live electronic music performance when you can simply use your Synthstrom Deluge keyboard synthesizer from the comfort of a public bench. The performance is by Gerard Ironside, a musician with a fondness for electronic music that is fused with traditional musical sounds. For an example of this, check out his video where he performs along with on his synth alongside someone playing a violin (https://www.youtube.com/watch?v=Ce1_83qEDa0).

Let us know if you have spotted any other noteworthy performers rocking their synths in public or if you have plucked up the courage to do so yourself. Also, what do you think of synth players in public spaces? Let us know in the comments or on the forum.