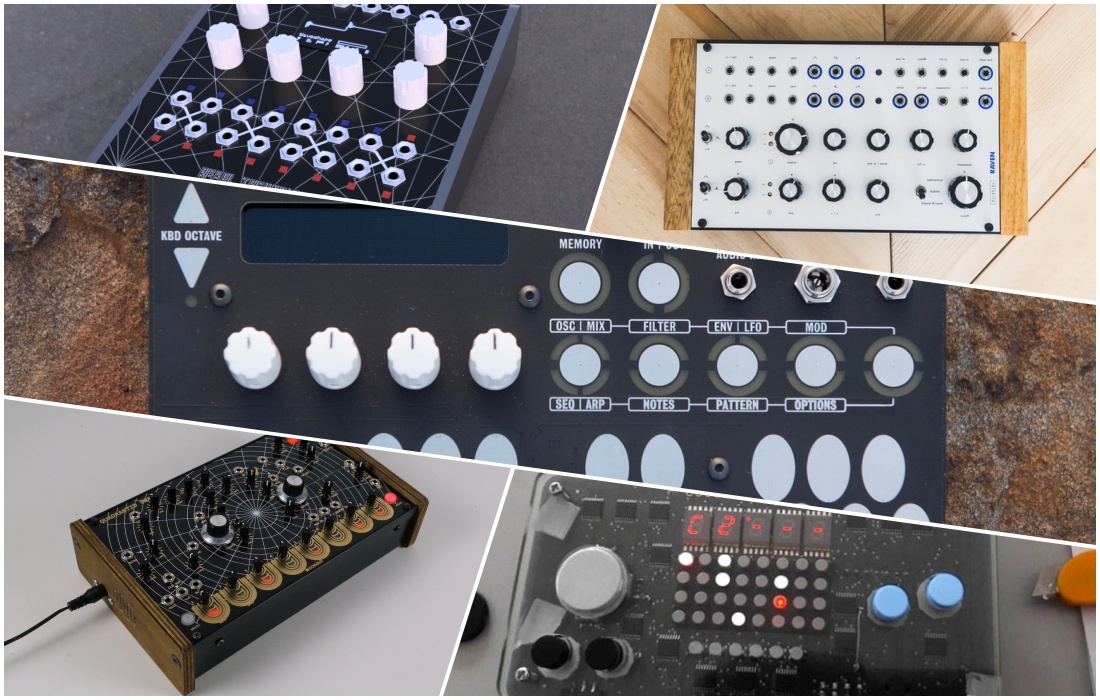 Early last year we took a look at some of the synthesizers that were successfully backed on the crowd funding website, Kickstarter. These included gear like the hybrid synthesizer, HANSY101, the Parva Polyphonic Analog Synthesizer, and the Ants! Analog Semi-modular Synthesizer amongst others. Since it is exactly a year later, we decided to take another look at Kickstarter to see what has been happening with the synth related projects that have been posted. 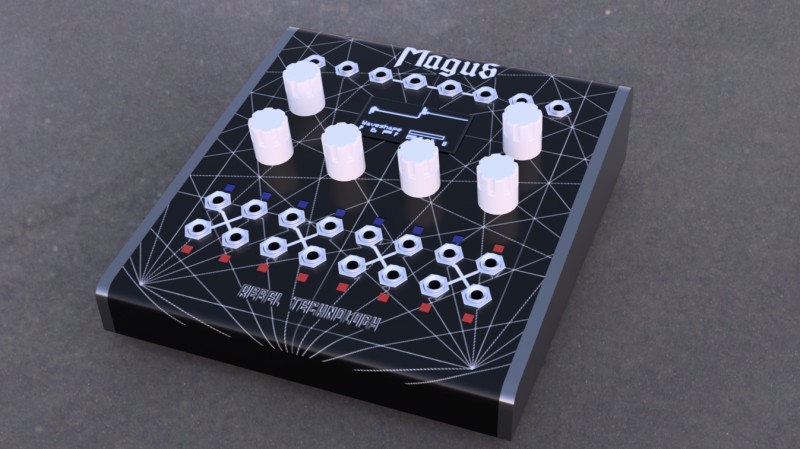 The Kickstarter for the Magus Modular Synthesizer Toolkit was launched in April of 2018 by a London, UK, based synthesizer manufacturer called Rebel Technology. They achieved their funding target of £12,000 in less than five days and by the end of the Kickstarter, the total number had reached £31,471, thanks to 91 backers. One of the things that swayed backers was the versatility that the Magus promised, as instead of fixed functions or paradigms, it allows you to pick an algorithm that is additive, granular, FM, subtractive or whatever you choose. Due to component shortages there was a delay in the delivery of the products that formed part of this Kickstarter, but this has since been sorted out. 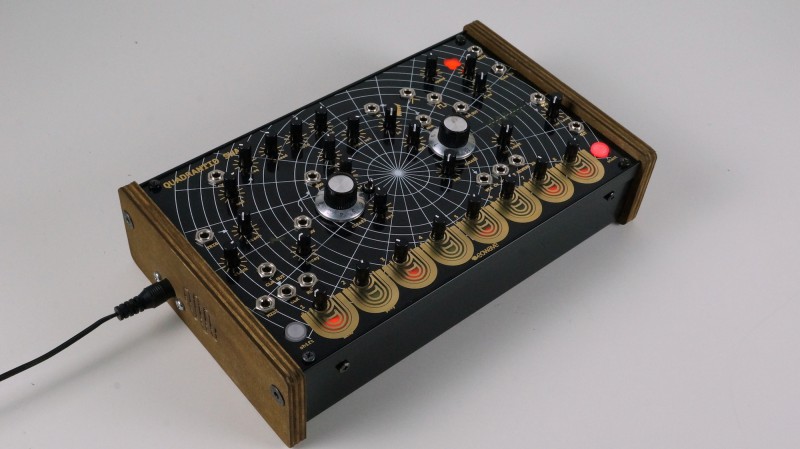 The Kickstarter for the Eowave Quadrantid Swarm was launched in November of 2017 and within 24 hours they blew past their  €10,000 funding goal. Thanks to 82 backers, the project eventually went on to reach a target of €34,579. The Quadrantid Swarm is essentially a desktop touch synthesizer that can be used on its own as a drone/sequencer/generative synthesizer or with MIDI, alongside your modular synthesizer or CV sequencer. Judging by comments from the backers, Eowave started sending out the hardware in September of last year. 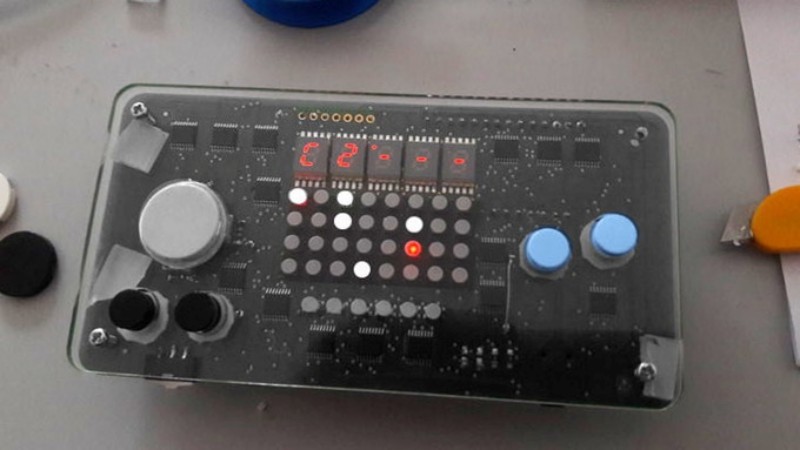 The nanoloop software and its iconic 4x4 matrix sequencer is nothing new, but early this month it a Kickstarter launched to turn it into dedicated hardware instead. The funding goal for the project is $13,615 goal and currently it is already standing on more than $58,891, thanks to close to 500 backers. Nanoloop started out in cartridge form and ran on the Nintendo Game Boy and later Nintendo Game Boy Advance before appearing on mobile devices, but the new hardware combines FM with analog and will function as a handheld sequencer/synthesizer with game pad buttons and an LED display. 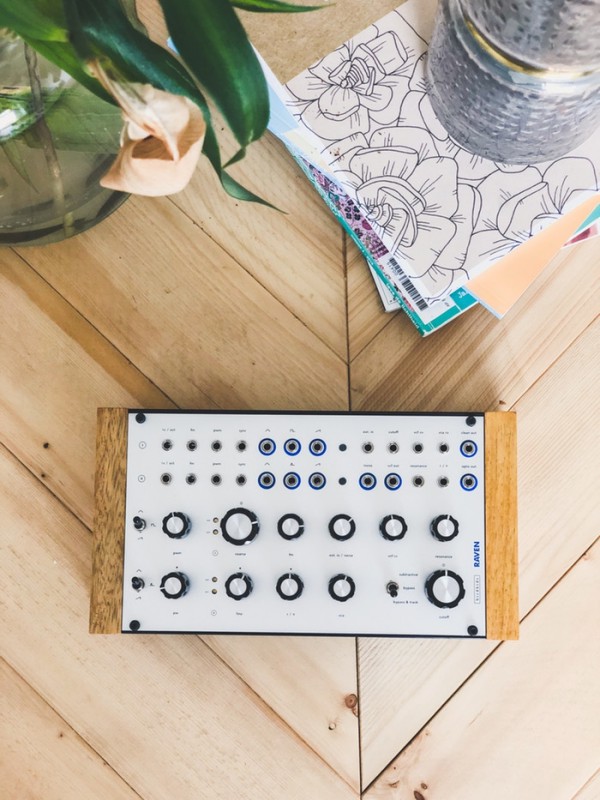 The Kickstarter for Raven launched in November of 2018, with a goal of €38,000. It ended in December and successfully raised €41,088 with 75 backers. It is a 100% analog, synthesizer voice that is designed to fit into a Eurorack form-factor. Birdkids, the Austrian company behind the project, has stated that their goal with Raven was to combine the simplicity of a performance friendly, semi-modular synthesizer voice with fully-modular, infinitely flexible, workflow possibilities. To accomplish this, they have assigned Control Voltage I/O's at almost every point in the signal workflow. Production began in January of this year with the estimated shipping of the first batch to the "Early Adopter" backers set for March. This will be followed by the second batch in June and the third batch in October. 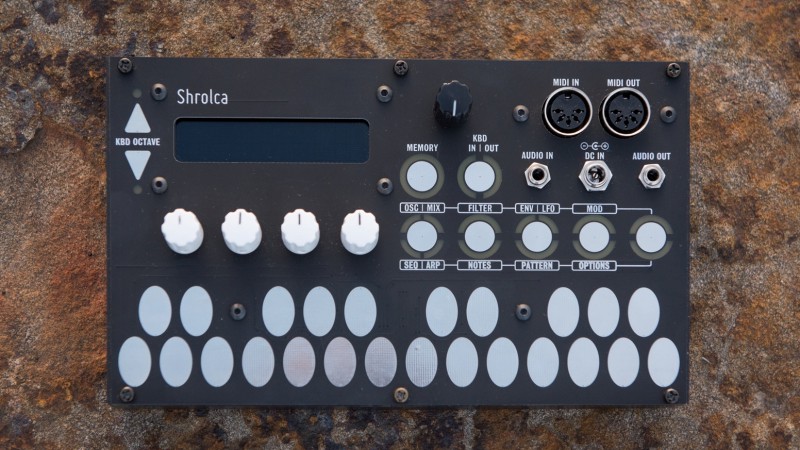 The Kickstarter for Shrolca launched in June of 2018 with a goal of $13,000. By the end of the Kicstarter, it managed to get $15,042 from 67 backers. The Shrolca promises to be one of the most powerful synthesizers for its size and uses the Mutable Instruments Shruthi as its foundation. The Shrolca uses teh same Digital wavecycle osillators and sequencers as well as a modulation matrix with a classic transistor ladder 24dB voltage controlled filter. Drawing inspiration from the mini synthesizers by Korg, the Shrolca will also feature a touch activated MIDI keyboard. While the estimated delivery for the Shrolca was in October of 2018, the project suffered a few delays along the way. However, the creator posted an update in March that he expects the units to begin shipping out soon.

Let us know in the comments or on the forums if you have ever backed a synthesizer related project on Kickstarer and if the final product lived up to your expectations. Be sure to check back for the second part of our article where we take a look at a few more synth related Kickstarters.