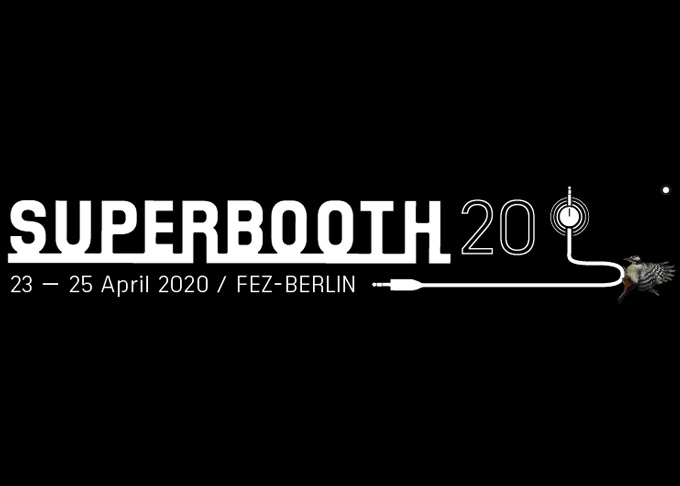 Considering the current state of affairs when it comes to the spread of the Coronavirus there has been a lot of concern about trade shows and other international gatherings. For example, the Game Developers Conference has officially been postponed until Summer after many of the major publishers decided not to attend the event. A lot of people speculated that a similar fate would be in store for Superbooth2020, which is scheduled for April 23-25 this year. However, the organizers of the Berlin show has now released an official statement where they address concerns about the Coronavirus and potential cancelations.

According to their statement, the organizers are relying on stats and not speculations about the future, which means that Superbooth2020 is still going ahead. They are continually observing developments where the virus is concerned, but it appears that they will not be swayed by what they deem "panic producing sensational reports." Of course, nobody can say for sure what will happen in the future and it is still a few weeks until the event takes place. For now, the official word is that everyone at Superbooth2020 will continue to work on finalizing the event as long as there is no official ban by the authorities.

This year's event will mark the fifth edition of the trade fair for electronic musical instruments and will once again take place in Berlin. Early bird tickets for the event already went on sale late last year although tickets will also be available at the Box office during the event. Take a look at the official website for more information about the different ticket types and prices. Superbooth also recommends keeping an eye on the Robert Koch Institute in Berlin for further information about the virus.

Let us know in the comments what you think of their statement and if you think they are handling the situation correctly in the wake of other trade shows being canceled.