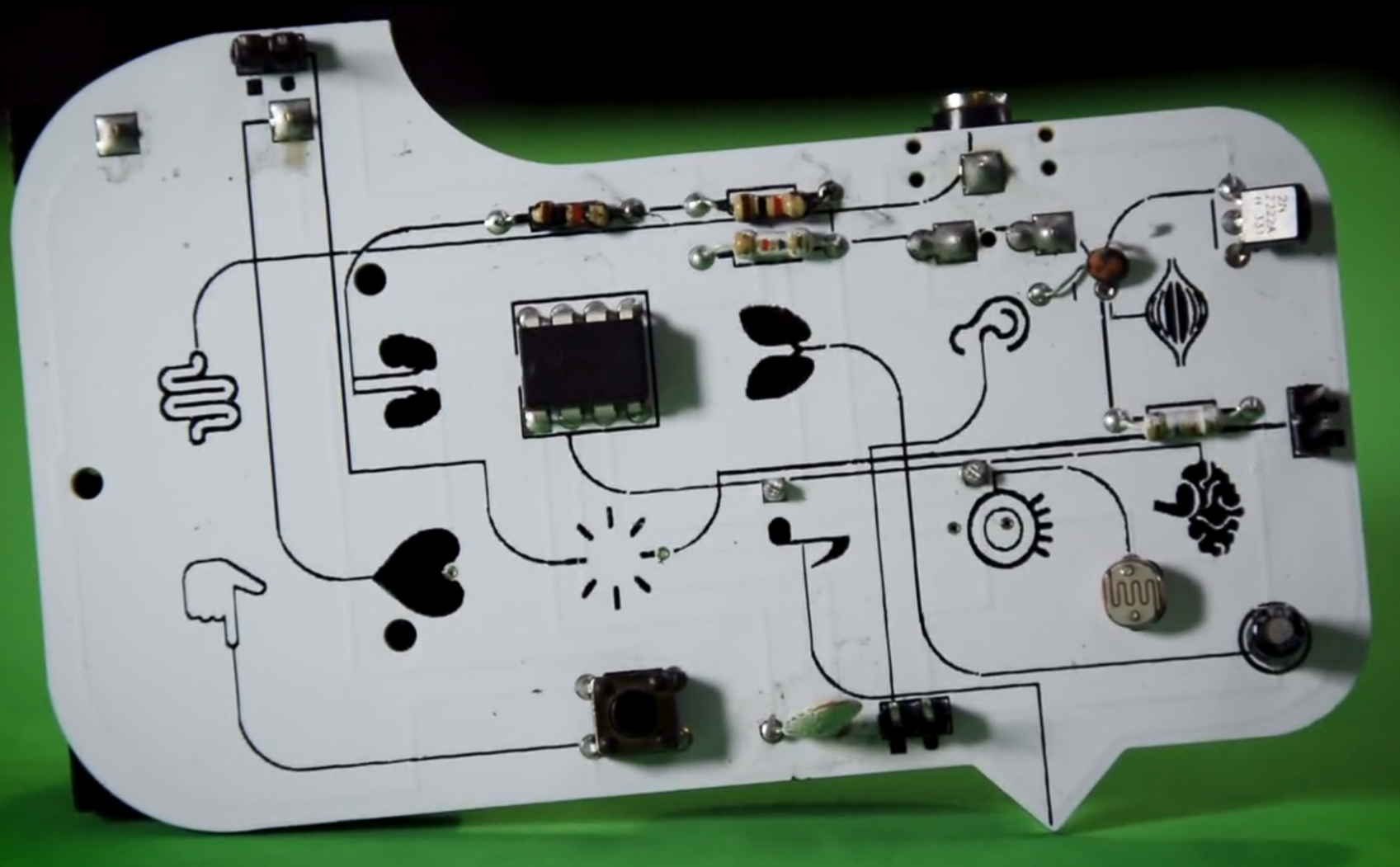 Currently on Kickstarter and seeking a goal of $4,865 in funding is Synth Bird by the Swedish collaborative workspace called Rumtiden Idea Lab. They consist of Max Björverud, a sound artist, programmer, builder and inventor, Håkan Lidbo, a music producer, artist, and inventor, as well as Anne Skoug Obel, a product designer, inventor, and media producer. Funds raised by the Kickstarter campaign will be used to finish the final round of pre-production prototypes, finalize software development and fund the first production run of the synth.

According to the Kickstarter, the Synth Bird features interaction very much like a theremin. However, instead of an antenna, it uses a photoresistive sensor that reacts to light. So, the pitch increases with the amount of light shining on it. This means that it can be manipulated by using your hand to block the sensor, using strobes or simply moving it around. Pledges start at €25 (about $31), which gets you a kit with one synth bird. Since it is a DIY instrument you are going to need a soldering iron and solder to put it together, but apparently, it is easy enough that kids as young as 10 years old were able to assemble it. You also get simple and clear illustrations to help you out and no programming is required to get it working either.

The Synth Bird that backers will receive is actually the 5th iteration of the instrument as Rumtiden Idea Lab went through several prototypes to get everything just right. The end result is something that they believe is easy to build, cheap to buy, and actually sounds good. The Kickstarter project launched on December 7, 2020, and will end on January 7, 2021, with shipping expected in March of next year. The project reached 1/3 of its funding goal in just three days, but at the time of writing still requires some backers to become a success. Check out the video for Synth Bird below and go pledge your support at https://www.kickstarter.com/projects/hakanlidbo/synth-bird-diy-electronics-music-and-biology/description if you want to back the project. It's not every day we see a synthesizer that also promises to teach bird anatomy, so let us know in the comments or on the forum what your thoughts are on Synth Bird.