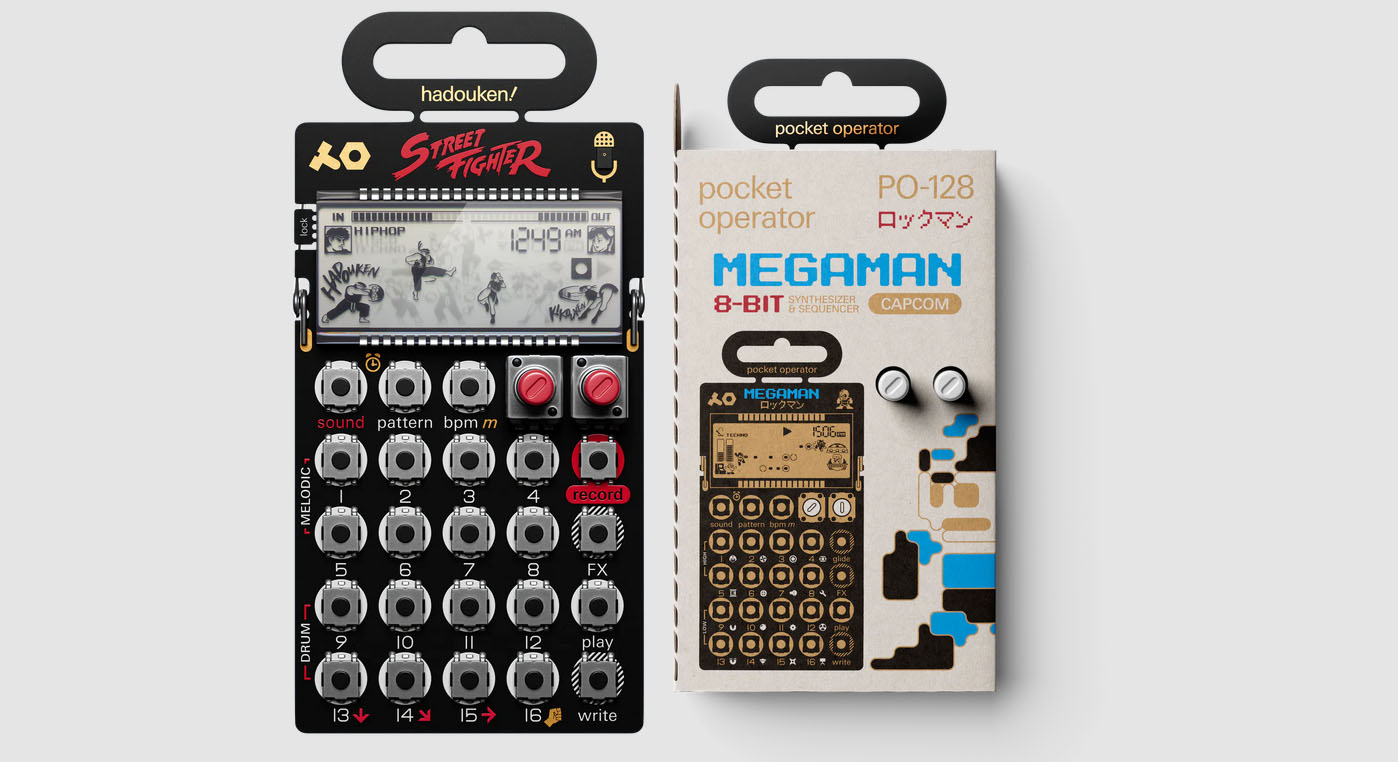 It seems like 2020 is a big year for strange collaborations too. We've already shared the news about Novation teaming up with Aphex Twin for the AFX Station, but now Teenage Engineering has revealed a unique partnership of their own. The Swedish synth company that first launched their Pocket Operators in 2015 is bringing out a new series and this time they will be themed around the popular Mega Man and Street Fighter licenses by Japanese gaming giant, Capcom.

Both the new Pocket Operators will be selling for a wallet-friendly $89 and is set for release on December 2, 2020. For more information visit the official website at https://teenage.engineering/products/po/capcom where you can also listen to sound demos from both devices. We would love to see a collaboration with Konami for some Castlevania themed Pocket Operators, so let us know in the comments below what would be an instant purchase for you.