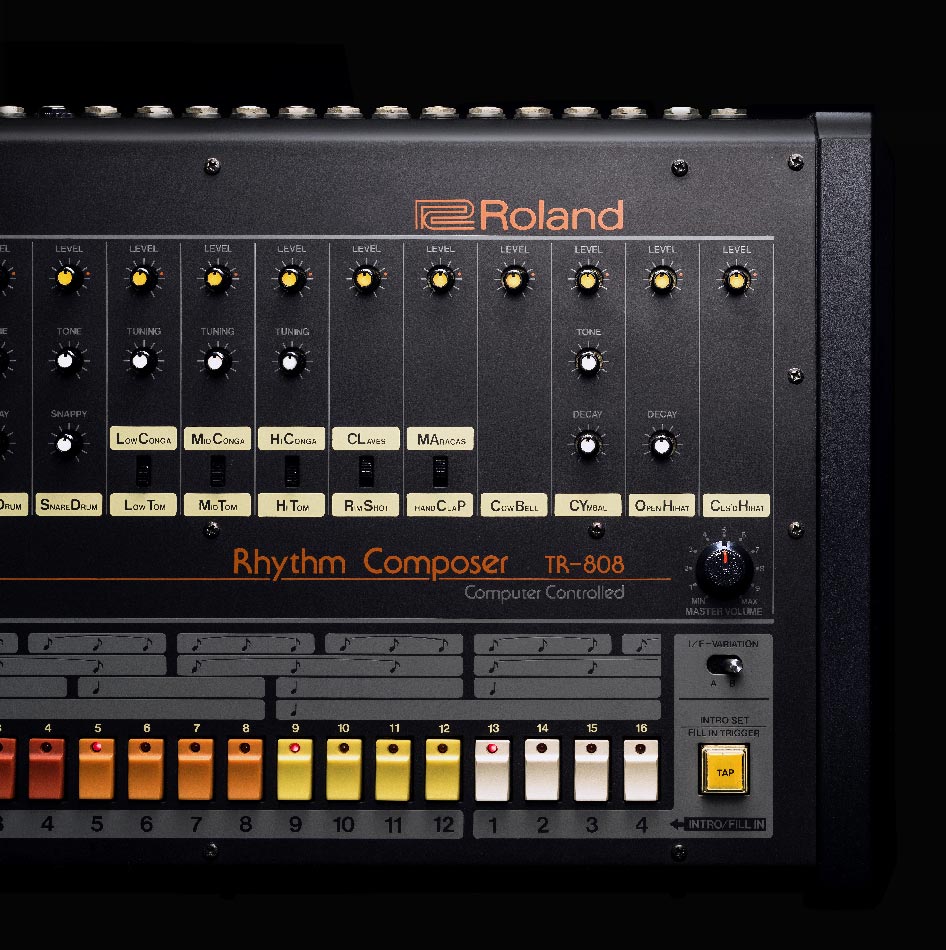 The TR-808 is without a doubt one of the most famous drum machines and this year marks the 40th anniversary of its release. To celebrate this event Roland has released a ton of goodies on 808 Day, which appropriately enough happened on the 8th of August.

In the unlikely event that anyone is not that familiar with the 808 or wants to refresh their memory, Roland has released a mini-documentary. Clocking in at 8:08 it's a neat look at the history of the TR-808 and how it was used by many artists and producers for their hits.

Also worth checking out is the exclusive conversation with Tadao Kikumoto, the creator of the TR-808, which is available on the Roland website. It's also not too late to try out the virtual instrument version of the TR-808. You need to install Roland Cloud to make use of it, but it is free until August 31st to try out. In addition, they have added some 808-themed audio loop packs to Zenbeats. There's a ton of 808 related content up on the Roland website, including a 40-year playlist of hits made with the drum machine.

For more TR-808 related goodies check out the Analog Mafia website too. They have released a free drum machine plugin, called the RC-808-PLG. Considering that the Analog Mafia is the original R&D staff who developed the Mid-O Series from Roland you can be sure that it is something special. RC-808 stands for "Re-Create the 808", but unlike the original hardware, it's a drum synthesizer and not a drum machine. According to the developers, it was the dream of the original engineering teams to create a drum synth. Unfortunately, they had to tone things down considerably for the TR-808, so it's interesting to hear what they originally envisioned by trying out the RC-808. It is available as a free download from their website, which also features some demos made by DJ Hisashi Saito for those who want to hear it in action first. There's also plenty of other interesting information about the background of the Mid-O Series and RC-808 available on their site, so be sure to give it a visit.