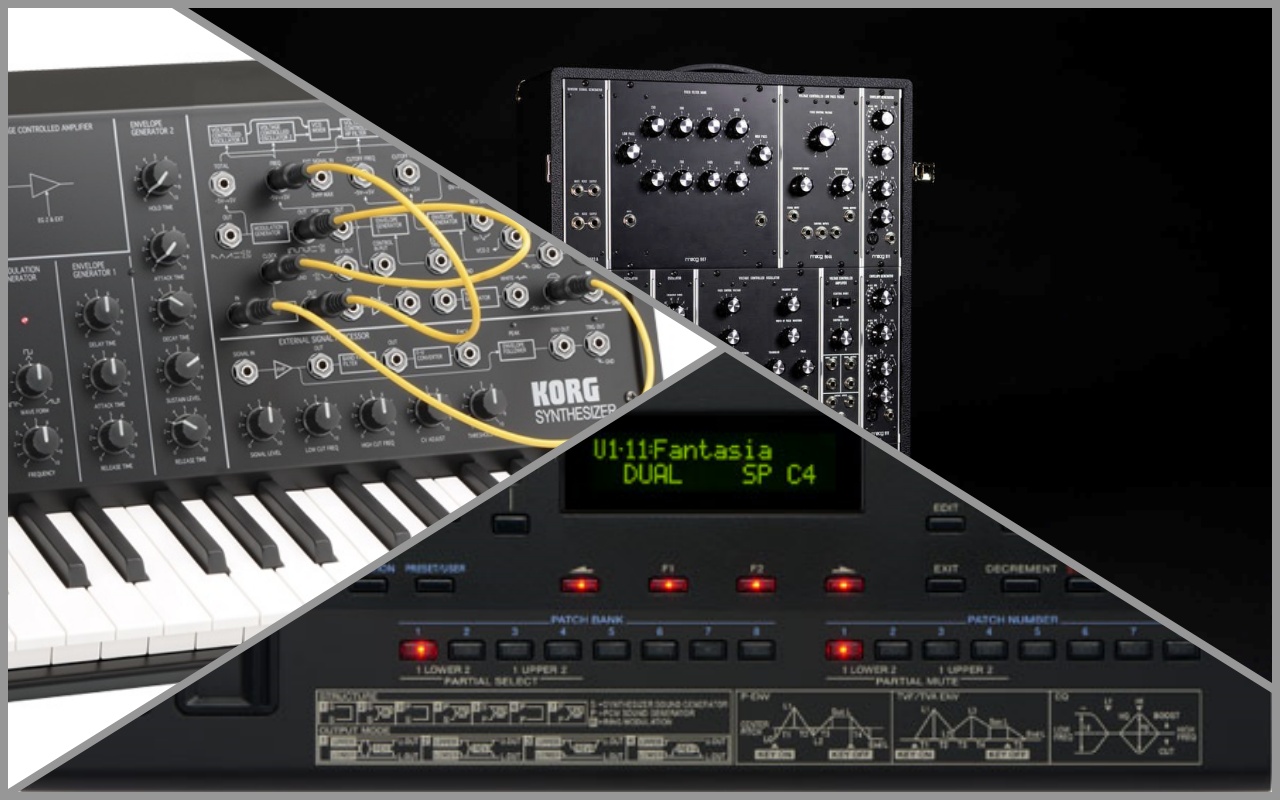 As interest in vintage synthesizers continues to grow there are more and more classic synths that are making comebacks. Last year we took a look at some of the most popular vintage synthesizers that received modern updates. These newer versions allowed synth fans to get their hands on new hardware that is almost impossible to find or extremely expensive to buy in their original incarnations. This trend has continued, so here are a few more synths that are worth looking into if you like the original hardware, but cannot afford a vintage version. We've also included the software alternatives for these synths as this is another area of the synthesizer market that is flourishing. Don't forget to check out the original article (http://www.vintagesynth.com/articles/vintage-synthesizers-modern-versions-part-1) where we looked at the Korg ARP, Odyssey, Prophet-6, Minimoog Model D, and more. 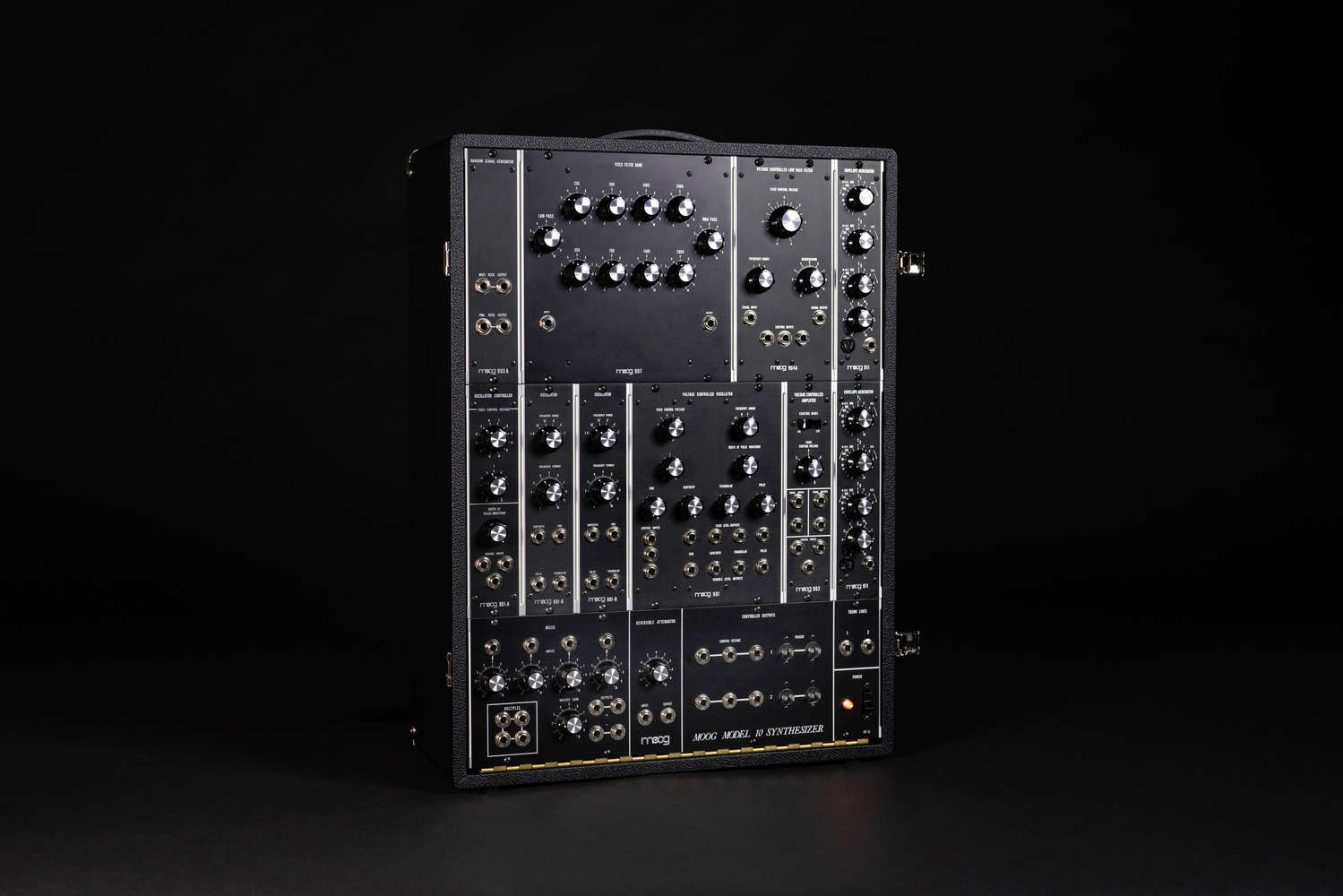 Usually, the purpose of creating modern versions of vintage synthesizers is to offer people affordable alternatives to the original hardware, but that doesn't always mean it will be cheap. A good example is the Moog Model 10, which got a faithful recreation 48 years after the original was created in 1971. The Model 10 was the first compact modular synthesizer created by Bob Moog, so finding a decent pre-owned one in the wild is rare. This synth was designed to be as portable as possible for the time and featured three oscillators, two envelope generators, a VCA, a voltage-controlled lowpass filter, a random signal generator, as well as a fixed filter bank. The new recreation by Moog is hand-built at their Asheville factor and housed in a durable Tolex-enclosed wood cabinet. Getting your hands on one of these synths is cheaper than the $35,000 price tag on the original hardware, but at almost $10,000 it's still not pocket change.

Korg released its MS-20 monophonic analog synthesizer in 1978 and production continued until the early eighties. What made this synth interesting is that it follows a conventional subtractive synthesis architecture, it does an external signal processor and a patch panel that gives it plenty of flexibility. Despite fans clamoring for a re-release of the MS-20 for years, it wasn't until 2013 that Korg actually went ahead and made one. Dubbed the MS-20 Mini, this synth is a recreation of the MS-20, but smaller in size. According to Korg, the MS-20 Mini was created by the same engineers who developed the original hardware and they managed to shrink it down to 86% of the original size without any compromises. Not only does the MS-20 Mini have the same distinctive design as the original hardware, but since it reproduces the original circuitry, it also sounds very authentic. While it is identical electronically, the MS-20 Mini features MIDI capabilities and uses 1/8" jacks on the patch area.

Roland released its D-50 linear synthesizer in 1987 and it was one of those iconic instruments that helped to define the sound of its era. There is scarcely a genre of music from the late '80s where the D-50 was not featured. The D-50 was also a firm favorite with film composers of the era. However, it took 30 years for Roland to dust off the D-50 design and revamp it for their D-05. The good news is that the D-05 is sonically almost indistinguishable from the original hardware that it is based on. Roland has also kept the basic architecture of the synth the same as the D-50. Fans of the original synth will appreciate the fact that the D-05 not only comes with all of the original presets, but Roland also added everything from the four sought-after expansion cards as well. Unfortunately, by sticking so close to the original design, it also means that the D-05 has the same fiddly button interface. Roland couldn't resist adding some new features as well, such as a 64-step polyphonic sequencer and multi-mode arpeggiator.

Despite the modern versions of many classic synthesizers popping up, such as Buchla announcing the reissue of their 100 series modular synth, there are a few others that will seemingly never see the light of day again. Roland, in particular, broke a few hearts this year by releasing an official statement where they emphasized that they will not release any reissues of their Jupiter-8 or TR-808. Of course, this just leaves the door open for other companies to release their own versions. Let us know in the comments below or on the forum what your thoughts are on companies reissuing new versions of their classic hardware, or as in the case of Roland, refusing to do so.