Yaeltex, SoundForce, and MP MIDI All Have New Controllers This Year 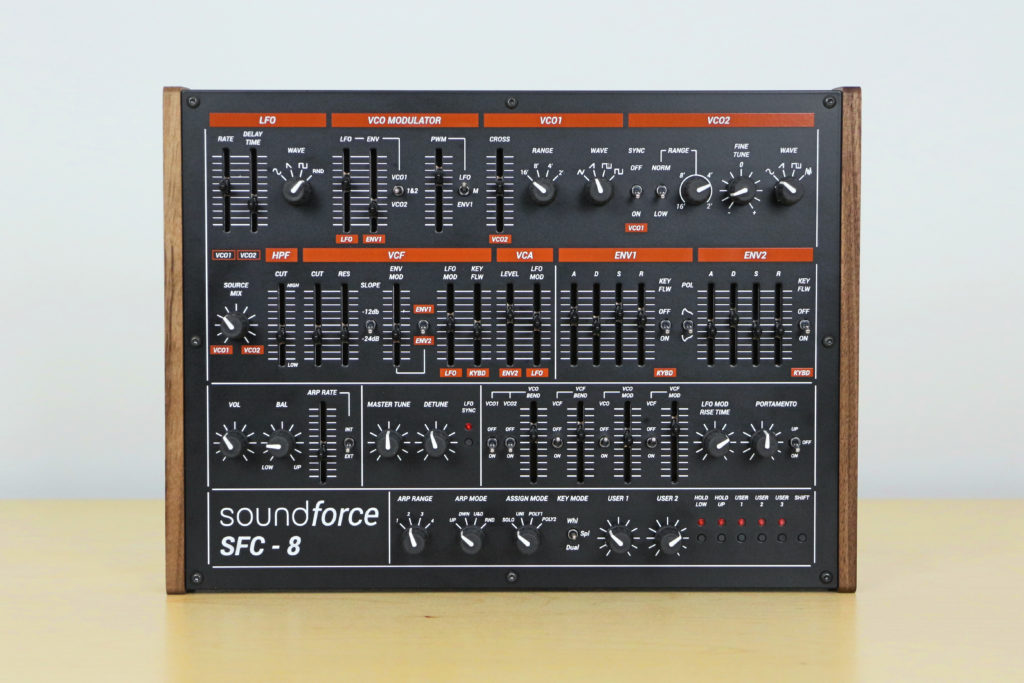 There's no shortage of MIDI controllers on the market, but what if you want something truly unique that was made specifically for your own needs? If you have the do-it-yourself skills you could probably design and create such a controller yourself, but this is not an option for everyone. However, a company called Yaeltex believes that they have the answer with a web app called "The Factory." According to Yaeltex, The Factory will allow everyone to design, redesign, and directly buy their custom MIDI controllers, all within their system.

In a video released by Yaeltex, they demonstrate how you can design your own custom MIDI controller by selecting the case, choosing the layout, and picking the exact styles as well as colors for everything. Once you are done designing your dream synth you can then sit back and let Yaeltex make it for you.

Yaeltex started making custom controllers around 2013 and stated that the Factory was something that they have been dreaming about since then. However, it was in early 2017 that they started making sketches and getting serious about the idea. Check out the video below to see what Yaeltex envisions for the Factory and head on over to their website where you can join their limited V2 Beta Release list. They also have an Instagram page where you can check out some behind the scenes photos of their work. All in all, the Factory looks like it could be the perfect solution for anyone using a DAW and soft synths to create music.

While companies such as Yaeltex are working towards putting the design of MIDI controllers in the hands of users, there's still something to be said about leaving everything to the professionals. If you fall in the latter camp, then the SFC-8 by SoundForce might be right up your alley. SoundForce teased their boutique Jupiter-8 style MIDI controller for the SuperBooth Home Edition 2020 and it's definitely a great looking bit of gear.

According to SoundForce the SFC-8 is designed to be used with both software and hardware synths as it features USB-MIDI and DIN-MIDI connectors that can be used simultaneously. Since this controller is USB-powered it doesn't require an external power supply either. Owners will be able to use the control app of the SFC-8 to change every physical control properties, including the CC number.

SoundForce has opted for a very compact design, but the SFC-8 layout will still allow users to tweak everything with ease. The almost 80 controls in total that are available should also be enough to fit virtually anyone's needs. The SFC-8 is planned for a Q4 2020 release and will bring the total number of SoundForce MIDI controllers to 5. No price has been announced yet, but we do know that it will feature a 100% metal case with walnut side panels and that the rotary pots are all wobble-free metal shaft pots.

Next up we have MP MIDI who promises that with their gear you will be able to control software plugins like hardware. This could be a great option for anyone torn between their love of software synths, but yearning for a more hands-on experience instead of clicking buttons with a mouse.

According to MP MIDI, the creative process degrades when you are forced to do things in series with a mouse, which is why they are aiming to bridge the gap between hardware and software plugins. Of course, by shifting from software to hardware you also have more freedom to do things like moving two controls at the same time, which is not possible with a mouse. What MP MIDI has to offer is a 21.5" IPS monitor with a resolution of 1920x1080. It is surrounded by 32 endless encoders, which are automatically mapped to the parameters of your chosen plugin.

The controller operates via a plugin that runs in your DAW and in turn, hosts your selected plugins and effects. MP MIDI has promised that its controller will feature a host of ready-made templates for most of the popular plugins on the market right out of the box, but you also have the freedom to create your own. Only time will tell whether the MP MIDI Controller will be able to fulfill its promise of creating a new DAW experience unlike any other controller, but it does look promising. MP MIDI has not released any details on pricing or availability, but those who are interested in the controller can head over to the official website (https://mpmidi.com/) for more information.

Let us know in the comments or forum what you think of the upcoming MIDI controllers and if any one of them would be useful to you or if you are perfectly happy with the standard MIDI Controllers that are available everywhere.