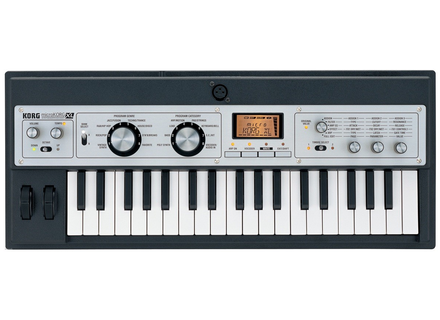 Korg released their virtual analog synthesizer/vocoder, the microKORG, in 2002 and it quickly went on to become one of the most popular synths ever released by the company. Thanks to the very positive reception of the microKORG, it's no surprise that it was followed by a successor called the microKORG XL in 2009. Although the name might make it sound like it is just a minor update to the microKORG, the microKORG XL actually features quite a few new additions. It is also not quite a replacement for the microKORG either as it sports fewer controls and actually opted for a more retro appearance. This is why Korg instead decided to call the microKORG XL the "big brother" of the original microKORG.

Korg clearly aimed to make one of the smallest self-contained synthesizers possible when they released the microKORG XL and they definitely succeeded in this regard. The XL weighs only 2kg, and while it does come with an external power supply unit, it can also be powered by just six AA batteries. The only drawback to the light weight of the XL is that it has a molded black-plastic body, which is not as quite as damage resistant as one would want from such a portable device. Another challenge for synthesizers of this size is the keyboard and this time Korg decided on a "natural touch" waterfall mini keyboard. It features 37 miniature keys and the white notes are much wider than the black notes. Adapting to the much lighter action of the keyboard can also be a challenge, but having access to three full octaves isn't bad for such a compact synth keyboard. It also has a built-in step arpeggiator with six types of arpeggio.

The XL interface is straightforward and with just three knobs you are able to adjust all the parameters from filter cutoff to amp EG attack, and resonance. Don't worry, there is also the "Full Edit" mode where you can really dive into all of the parameters and adjust them to your complete liking. The XL can also be connected to your computer via USB cable if you want to tweak parameters with the sound editor software. The XL also comes complete with a vocoder function that supports sixteen filter bands. In addition, it provides access to two banks of programs, with eight genres each and eight categories per genre, for a total of 128 programs.

Overall, the MicroKORG XL is an attractive option for anyone who values portability and simplicity. It has a powerful sound engine and the inclusion of the vocoder is also a nice touch. The build quality could have been better and the XL lacks reverb, but it other than that it is great.

I know they are different synths but, if you have to choose one of them, which one would you take? DW-6000 is an hybrid analog/digital synth, that has a lovely warm, "analog" and vintage sou... | Read more...

... I've been interested in the MicroKorg for a while and XL looks really nice too. Since the XL ... | Read more...

I just bought one yesterday. I am new to keyboards. Got tired of guitars after 10 years so I am going to pull an eddie vanm halen and try out the Keys. I have a mac book. What is some ideal ... | Read more... 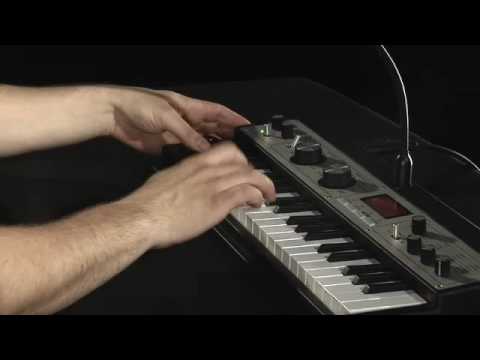