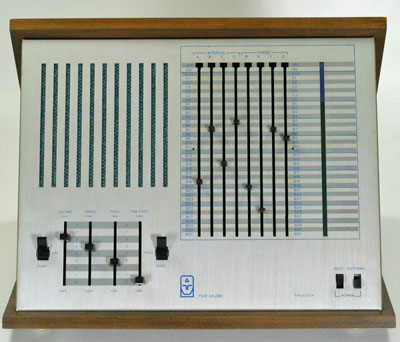 The Triadex Muse is a sequencer-based synthesizer from the early 1970's. It was designed by Marvin Minsky and Edward Fredkin, both MIT professors with an interest in artificial intelligence. Intended as a compositional aid, the Muse is unlike most synthesizers out there, which may have contributed to its poor sales. Even so, it managed to make its mark upon the world of music, especially among the avant garde.

In lieu of a keyboard, the Muse uses eight 40-position slider switches which control a series of digital logic circuits using complicated algorithms (the Muse is considered one of the first digital sequencers). The binary output from the logic circuits is fed into a digital-to-analog converter (DAC), and the output from the DAC is fed into a simple VCO. The result is a sequence of notes which, depending on the slider settings, can take years to loop back around to the beginning! 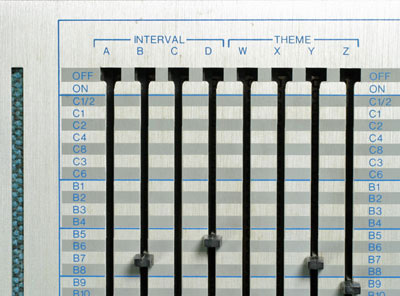 Operation of the Muse is not particularly intuitive, yet it is not too difficult to get started. Four of the sliders control the interval of notes, and the other four control the overall theme. A bar-graph lamp display near the sliders shows the status of the logic gates. Another set of sliders control the volume from the internal speaker, the tempo of the sequence, and the pitch. Additional switches allow you to start the sequence from the beginning, step through it note-by-note, or substitute a rest point in place of the lowest note. The owner's manual provided slider settings for example tunes, as well as templates where the user could log settings which had resulted in interesting sequences. 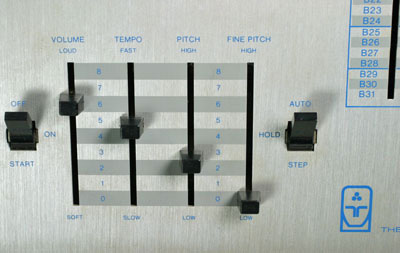 The Muse retailed for only a brief period of time in the early 1970's, and is considered extremely rare. The exact number of units sold is unknown, but is thought to be under 300. Even more rare are the accessories Triadex produced to go along with the Muse, including an Amplifier module (with an external speaker), a Multi-Muse Cable (used to daisy-chain multiple Muses together), and a Light Show module, a color organ whose 4 colored lamps blink in time to the signals coming from the Muse. All these accessories shared the Muse's unique design styling, too.

While it's very difficult to master, and nearly impossible to get it to play a specific song, the Muse offers nearly endless potential for random music generation. Set the sliders, switch it to automatic mode, and it will produce all sorts of bleeps and bloops. Add the Light Show module to the mix, and it becomes a visual spectacle as well. It's too bad the Muse used a proprietary I/O for communicating with other Triadex products, as it means the Muse can not be used to control any other synthesizers.

The Triadex Muse has an amazing sequencer. 1) I know there is a software MIDI sequencer ... | Read more...

... I hadn't done much thinking about since: a Triadex "The Muse" sequencer/synthesizer, along with it's matching Light ... | Read more... 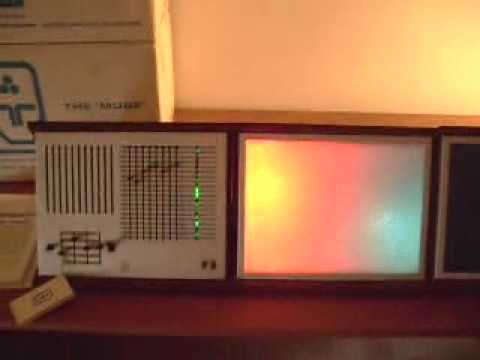 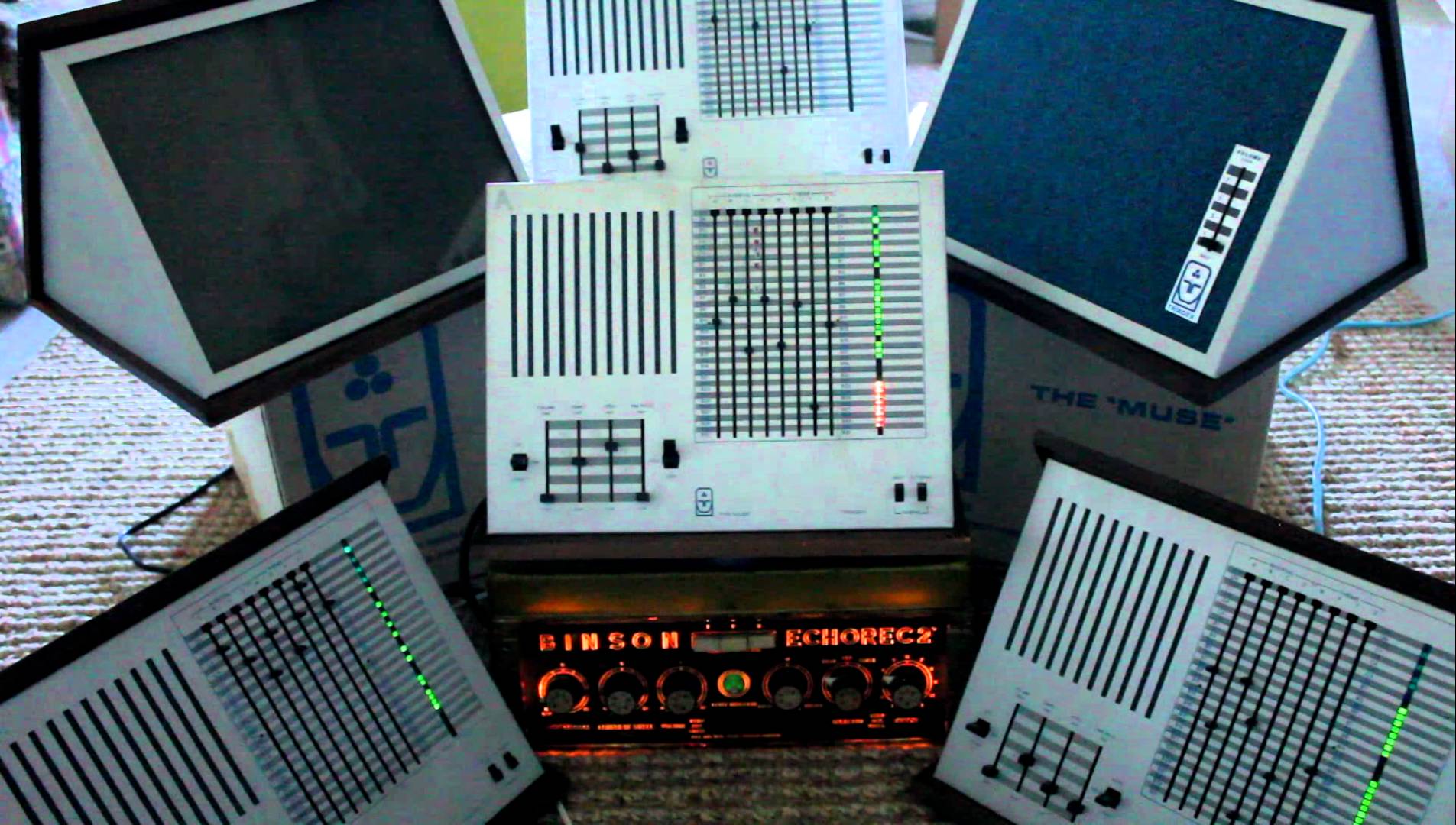