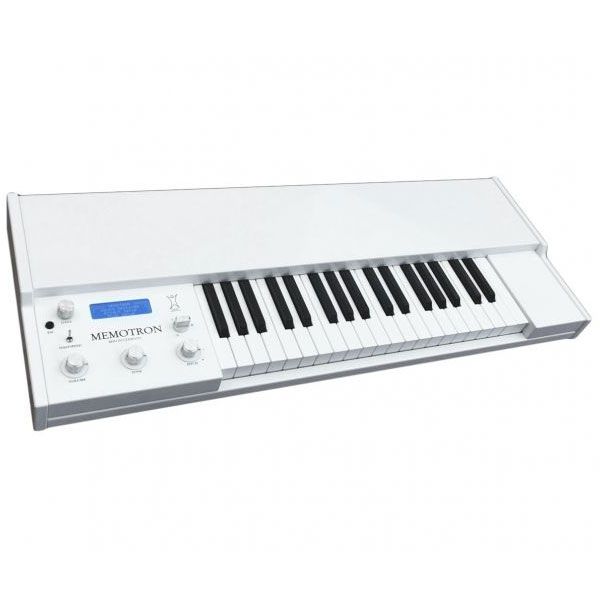 The sound of a Mellotron is coveted by many, but very few would actually be able to afford or take care of the original hardware. Everyone from Genesis and Pink Floyd to The Beatles and Tangerine Dream made use of the Mellotron, but the original hardware was discontinued in the late eighties. However, the use of Mellotrons by bands like Radiohead in the nineties contributed to more people becoming aware of and desiring to own one.

Since the original hardware can be somewhat unreliable, not to mention impractical, there has long been a desire for a digital recreation of the Mellotron. Finally, Manikin-Electronics stepped up in 2007 with the Memotron, which they describe as the digital remake of the Mellotron.

The Memotron is based on the design of the classic Mellotron 400, so it features a classy white design. It recreates the keyboard of the M400, so you have access to 37 lightweight keys, but unfortunately, it lacks the slight pressure-sensitivity that the Mellotron had. It recreates the control panel of the M400, with knobs for volume, tone, pitch, and sound selection. One of the new controls is a half-speed switch, which is something that some original Mellotrons had installed. The other two consist of the data controller/selector and an Escape button. The rear of the instrument features a headphone output, stereo outputs, volume pedal input, and MIDI In/Out/Thru sockets. There is also a contrast knob on the rear panel for the small LCD that is featured on the control panel.

In terms of features, the Memotron offers users access to up to three sounds simultaneously and has an internal, adjustable effect processor. In addition to its internal data storage, it is also possible to import new sounds by making use of an external SD card. It takes a few seconds to load sounds into memory after which several parameters can be edited to modify them to your liking.

Playing the Memotron is a different experience compared to playing the 12-kilogram monstrosity that was the Mellotron. It's fully polyphonic and a lot more reliable than the original hardware was. Whether or not the Memotron is worth it will depend on your love for the Mellotron. For some, it's nothing more than a keyboard with a plug-in preinstalled and if it is the authenticity of an original Mellotron you want, then the Memotron is never going to compare. It's not quite as lifeless as some users claim and for it's time it came pretty close to the performance of a Mellotron. It does have competition in the form of the M-Tron Pro for those who don't mind going completely digital and the M4000 for those who don't mind paying a fortune for a real Mellotron. 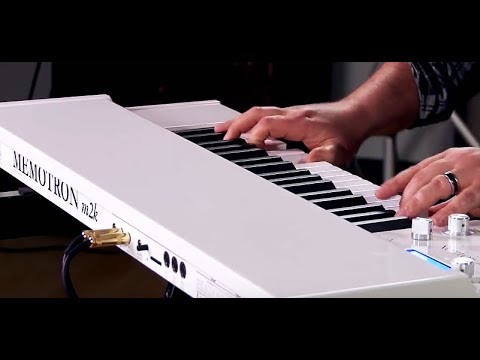