The Accelerator is an 8-voice (up to 32 voices after installing two 12-voice expansions) digital synthesizer from Radikal Technologies released in 2011. It has an impressive feature set including 3 digital oscillators per voice, 2 filters (each oscillator can be fed into one or both filters), a string filter (for producing more natural instrument sounds, like plucked strings, violin sounds, etc), 4 FX-busses, a 32-step sequencer per part (up to 8 parts after installing one voice expansion), a programmable arpeggiator per part, a dedicated EQ section, 6 envelope generators, 4 LFOs, a large mod-matrix, and more! Adding just one expansion gives you access to a really nice 61-note organ module as well.

If you were expecting the Accelerator to be a polyphonic version of the hybrid synth in the Spectralis, you’d be mistaken (though you’d be far from disappointed). The oscillators do share some similarities. Both use continuously variable oscillators that can be modified by Time Linearity Modulation (TLM, which is basically PWM for all waveforms), as well as by phase modulation, ring modulation, and sync. The two, at least to my ears, sound a bit different, but I can’t say I like how one sounds over the other.

The Accelerator has two digital multimode filters per voice (12 or 24dB LP, HP, BP, and notch) that can be configured as serial or in parallel. There doesn’t seem to be any audible stepping when cutoff or resonance is manipulated, which is a relief considering that even some analog filters can suffer from this. The string filter should not be overlooked either because it allows you to create sounds resembling musical instruments such as violin sounds, plucked strings, woodwinds, and more. There are a few audio demonstrations online that showcase some of the sounds created using this filter.

The Accelerator has a large effects section that is extremely useful when developing your sounds. You can add distortion, mod delay, phasing, Leslie simulation, chorus, and reverb. As an added bonus, you can save FX settings independently if you’d like to recall those settings when working on other sounds! 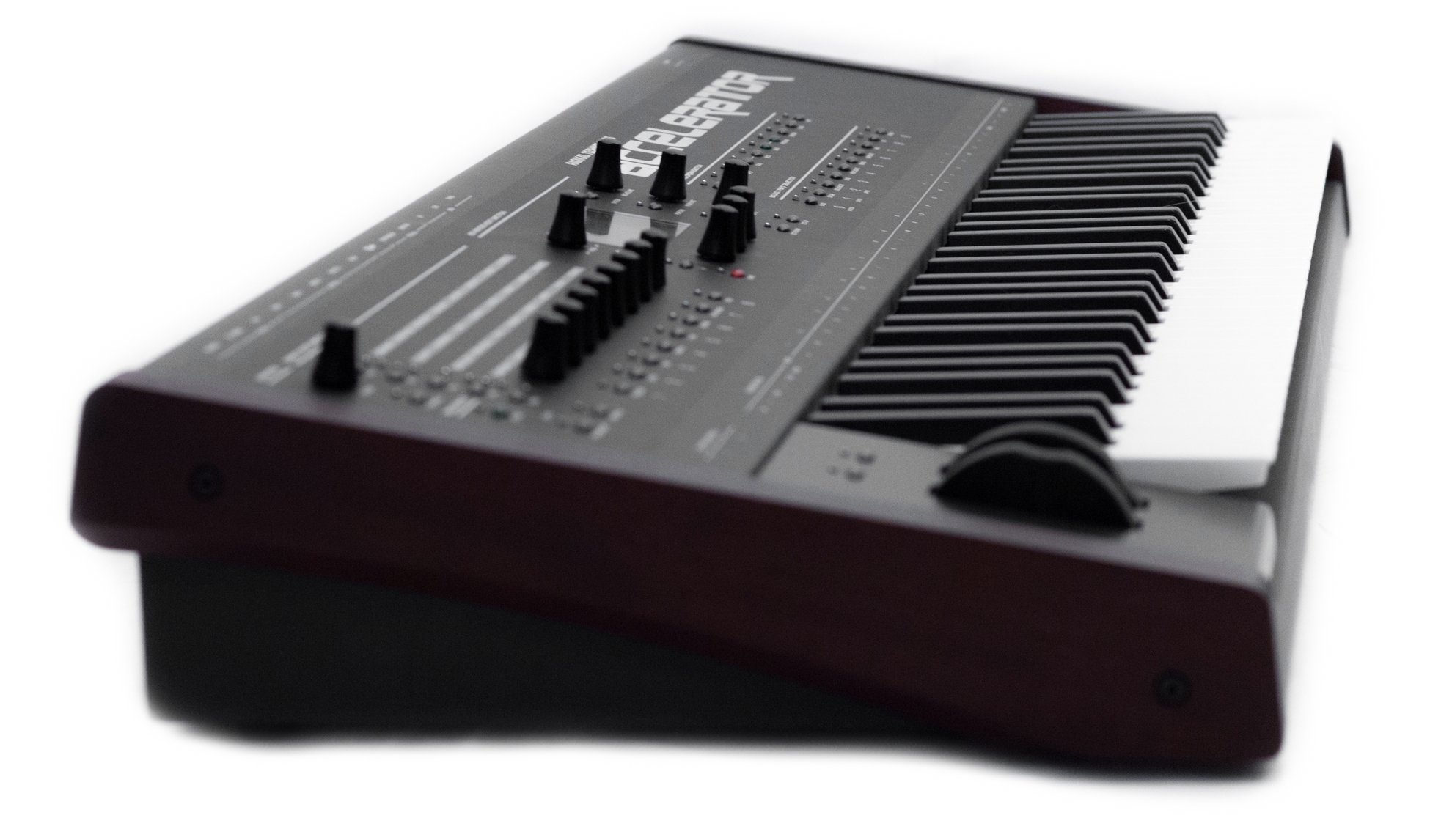 The Accelerator has a dedicated sound selection panel off to the right of the LCD display (the display color can be modified). This section is good for picking types of sound quicker than if using a screen to find the patch. One particularly useful feature of this section is the ‘random’ button. Patches can be made based on similar sounds within a particular group of sounds (bass, leads, pads, fx, drums, etc, each of which is a group of sounds). I find myself using this feature quite often because the Accelerator ends up creating some very good sounds.

The sounds themselves can be edited by a matrix system, which is straightforward to use. You can modify 8 parameters in each section (oscillators 1, 2, and 3; Filter 1 and 2; Amp; LFOs 1-3; and a User section for your own additions) As much as a ton of knobs would have been a nice addition, editing on the Accelerator takes minimal effort to get used to. There is a nice menu that is easy to navigate for doing more in-depth editing as well.

Speaking of in-depth editing, one feature that stands out is the extensive Mod Matrix system, which you can use to help create incredibly complex, evolving sounds. The Accelerator allows you to choose up to 32 slots for 50 sources and 91 destinations for each part, with an extra 6 global mod sources/destinations. You can even use modulation depth from one slot as a modulation source for another! 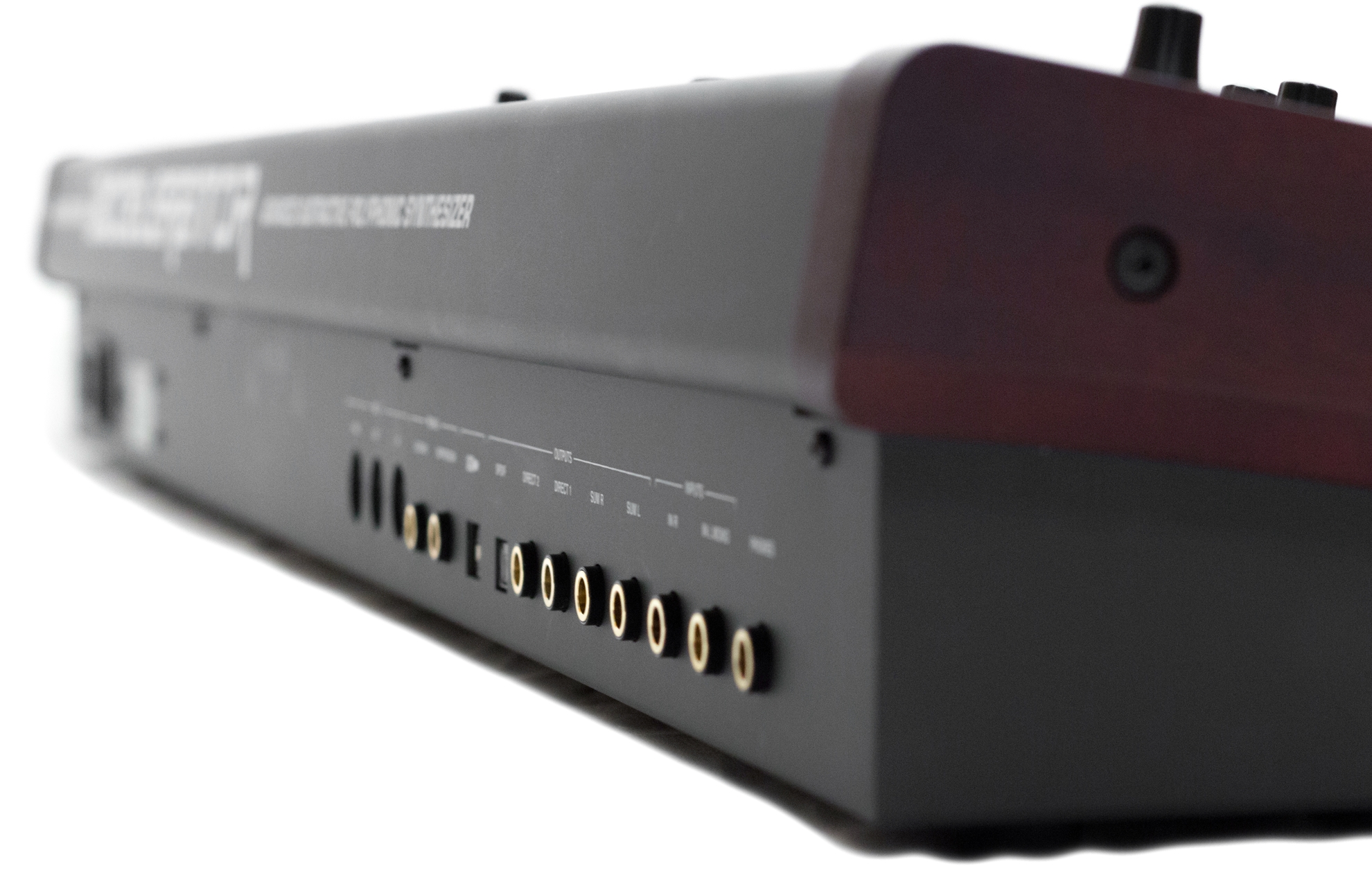 An interesting aspect of the Accelerator is that it contains an internal accelerometer. You can set up changes in the X or Y direction as a source in the mod matrix and use something like filter cutoff or pitch as a destination and then move the Accelerator around to alter the sound. While the Accelerator may seem too big for such a feat, you should realize that it’s much lighter than many 61-key synthesizers, but still well-built. It weighs about the same as my Access Virus TI Polar (a 37-key synthesizer). Is this feature gimmicky? Well, that’s definitely an opinion but, if you think about it, you don’t actually NEED to lift the synthesizer to utilize the accelerometer. It is sensitive enough that you can tap/drum on the side of the synth to use it for rhythmic changes in the sound, as one example of its use in a live performance. Plus, the Accelerator is built well enough to withstand that type of abuse (but don’t go using drumsticks on it, you’ll probably damage
the wood side panels!).

If you can, you should visit the Radikal Technologies forum to see what some of the users are saying about it! The Accelerator is updated fairly regularly and there are currently no glaring bugs in the OS that reduces its functionality (that I’m aware of). The Accelerator has a lot of features that could not be covered in this review. Hopefully you will have a chance to discover what a great synthesizer it is for yourself.

Radikal Technologies Accelerator demos - I think you can get some ... | Read more...

This is something I sketched up a few weeks ago, Accelerator only. My inspiration for the track was based on the old Resident Evil games... | Read more...

In case anyone here has a Radikal Technologies Accelerator and you don't follow the RT ... | Read more...

Just a piece I wrote to showcase some of the more 'real' instruments, plucked and bowed strings. A bit of a New Age track, but it should be peaceful if nothing else. Also, you can enjoy some... | Read more... 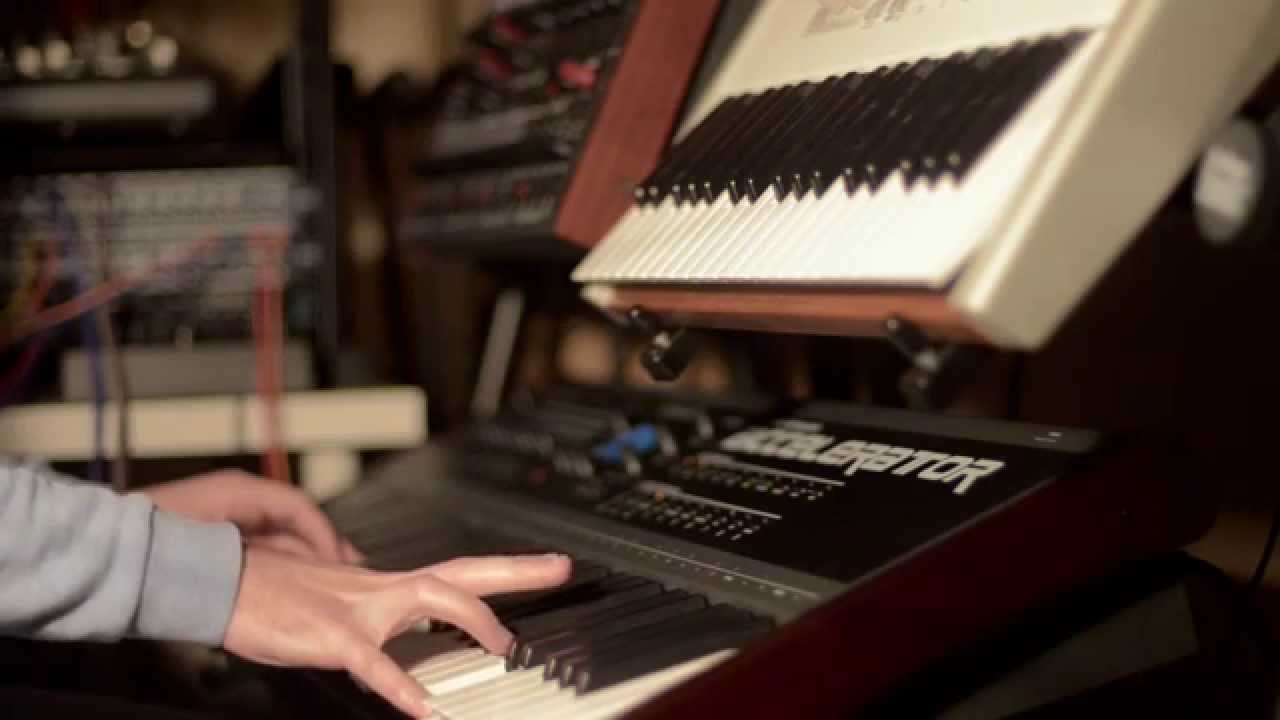 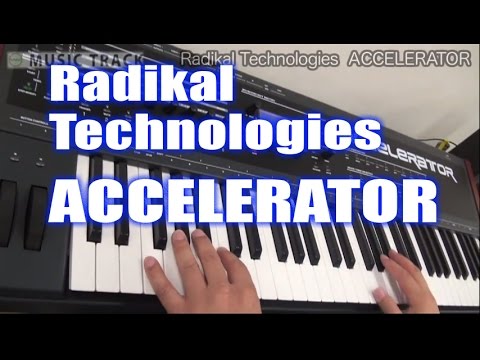 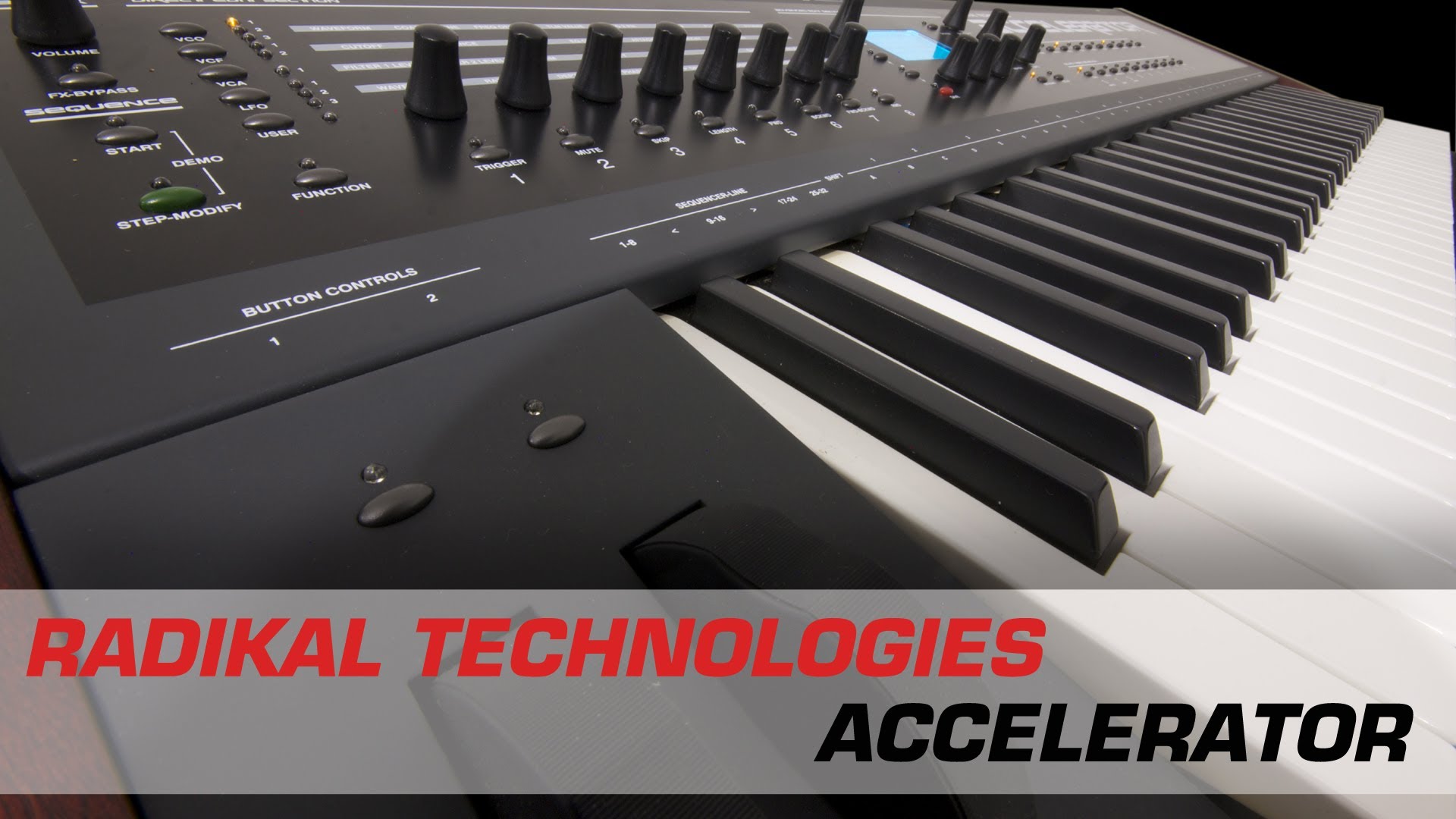