The S612 was one of Akai's first professional rack-mount samplers, released back in 1985. Some of its features included 12-bit sampling from 4 to 32kHz with loop and truncate functions, an overdub function and mic or line input jacks. Internal memory is only 128KB which gives a maximum of 8 seconds sampling time at the lowest sampling rate available. An optional disk drive that features the quick disk (QD) 2.8 inch format is needed for permanent storage of samples. Only one sample is stored to each side of the disk.

You won't be able to do much with the S612 these days. However it bears some classic traits that may still be of interest. It features a continuous variable low-pass filter and an LFO for modulating and giving your sample an animated edge. It's also fairly simple and straight forward to operate, responds to external triggering and is still very well suited to any MIDI studio applications. It's definitely a limited sampler, but it makes a cheap back-up instrument that may come in handy for lo-fi sounds or triggered effects. It was Future Sound of London's first sampler. 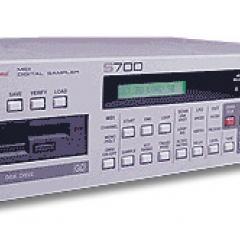 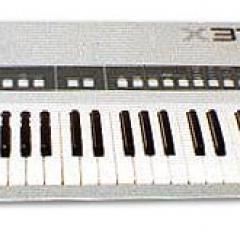 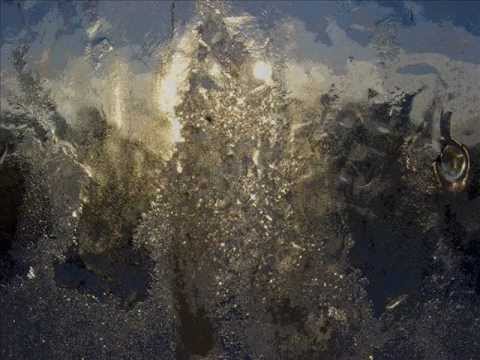 Akai S612
by
Frippertronik
ManualClick this link to download the Akai owner's manual.