6 Weirdest Synths Ever Made 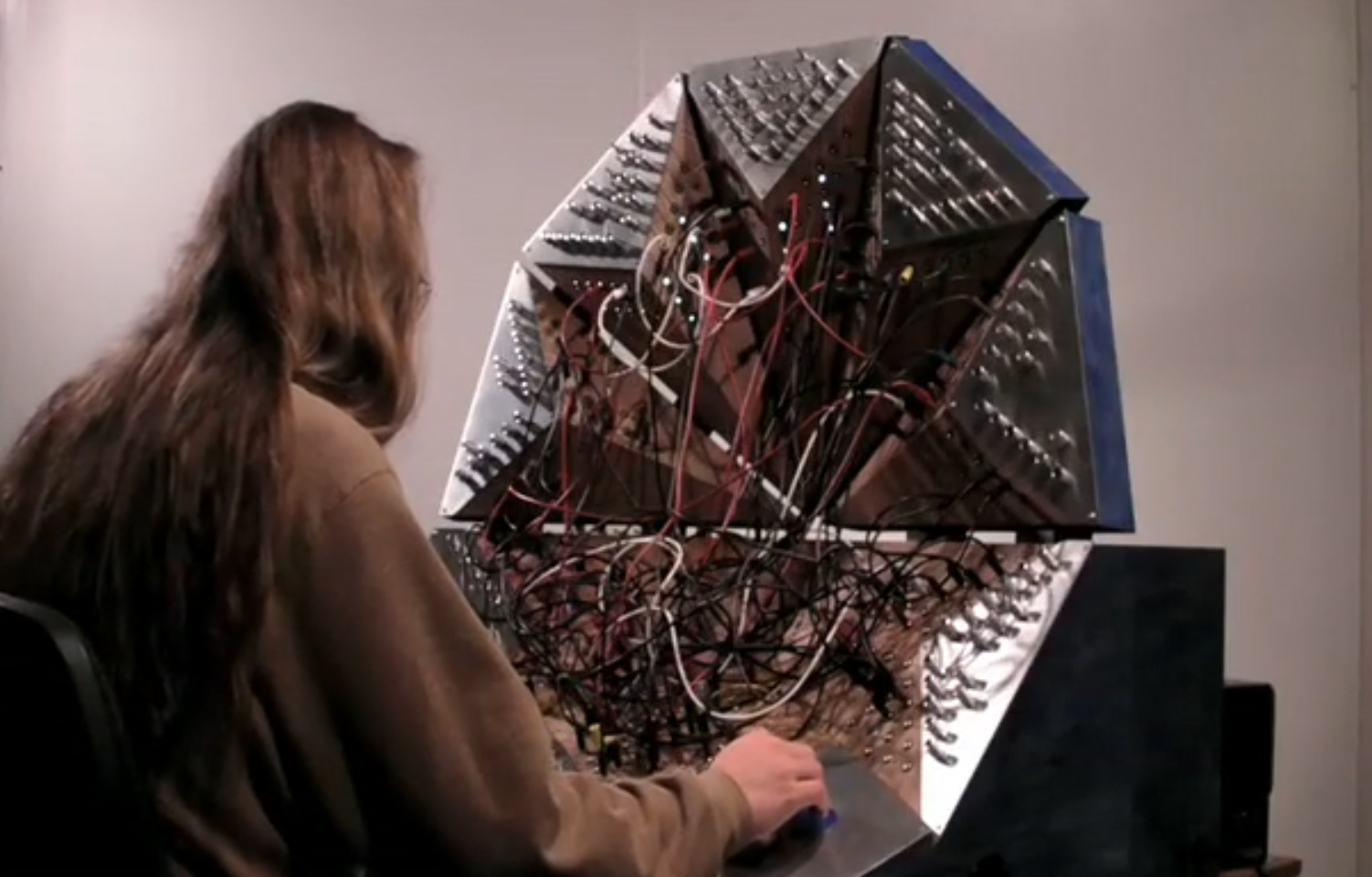 To most people, synthesizers are already pretty strange instruments, but this hasn’t stopped a few enthusiasts from taking things a couple of steps further. Unlike traditional instruments, such as guitars and pianos, there are not as many constraints when it comes to the designs of synthesizers. This has resulted in a few synths that not only sound unique, but also look unlike anything else on the market. Since the synthesizer market also tends to attract people who are more comfortable than most when it comes to experimenting with electronics, there is no shortage of ingenuity on display. Here are just a few examples of some of the weirdest synthesizers that have ever been made. You are unlikely to be able to get your hands on many of these, unless you know how to create them yourself, but it is hard not to be impressed by the effort that has gone into their creation.

The first synth on our list is not just one of the strangest, but also one of the most impressive in terms of sheer dedication and ingenuity. We’ve all seen synth manufacturers that try to incorporate everything except the kitchen sink in their designs, well this guy went one step further and actually used his entire kitchen. While not very practical, the kitchen synth definitely works and one thing is for sure; preparing dinner has never sounded this good.

It might look like something that belongs on the bridge of a starship in a science fiction b-movie, but the Motus Mavis Star Synth is actually a synthesizer. It seems to consist almost entirely of wires and banana jacks, but as the video below demonstrates, it is actually capable of producing some unique sounds. It is the creation of Skot Wiedman, who is an artist, engineer and musician with a knack for creating custom analog synthesizers.

Improvisation from Skot Wiedmann on Vimeo.

Instead of using billions wires and switches, this video clip from Rory Harnden demonstrates a completely different approach to making music. Apparently, the video was filmed as part of a presentation of a synth for an ergonomics class. It’s not quite clear how exactly it works, but according to Harnden, the synth is able to make music according to skin contact between different people who wear special wristbands. The results are not very practical, but definitely very unique.

Strange contraptions are not just restricted to the world of hardware synths either as can be seen with MeowSynth. It is a VST instrument for PC based on a real cat named Baksik. What you get from this software synth is one oscillator cat meowing with autofilter, velocity sensitivity, monophonic and polyphonic modes, visual feedback, internal chorus and internal tempo synced vibrated with controlled attack. If you’ve ever felt that your music lacked that feline touch, then head on over to http://www.vst4free.com/free_vst.php?id=633 and download MeowSynth.

It’s not just electrical engineers that can come up with crazy synthesizer designs either. Just take a look at this electrochemical synthesizer that produces sounds via the electrochemical reaction between Copper, Aluminum and salt water. After some basic filtering via a capacitor and resistor, the resulting audio is then fed through a pre-amp. Check out the video below to see this unusual synth in action.

If Copper, Aluminum and salt water are not weird enough for you, how about an absinthe synth? The video below demonstrates the unique sounds captured when recording the sound of absinthe that is dripping into a glass. Of course, this wouldn’t have sounded like much on its own, so the sound is actually relayed via a microphone to a Doepfer A100 modular synth where it changed all kinds of parameters to produce what is heard in the video.

If you’ve watched The Social Network, you will have noticed that it has a pretty unique soundtrack. One of the reasons for this is the Swarmatron that was used by Trent Reznor and Atticus Ross. It is a fingerboard synthesizer that makes use of a ribbon controller instead of the more traditional keyboard. It’s unique sound is the result of multiple oscillators, all of which are linked via a “swarm” control, hence the name of the synth. The video below, which is from the Social Network bonus DVD, features Trent Reznor discussing this unique synthesizer.