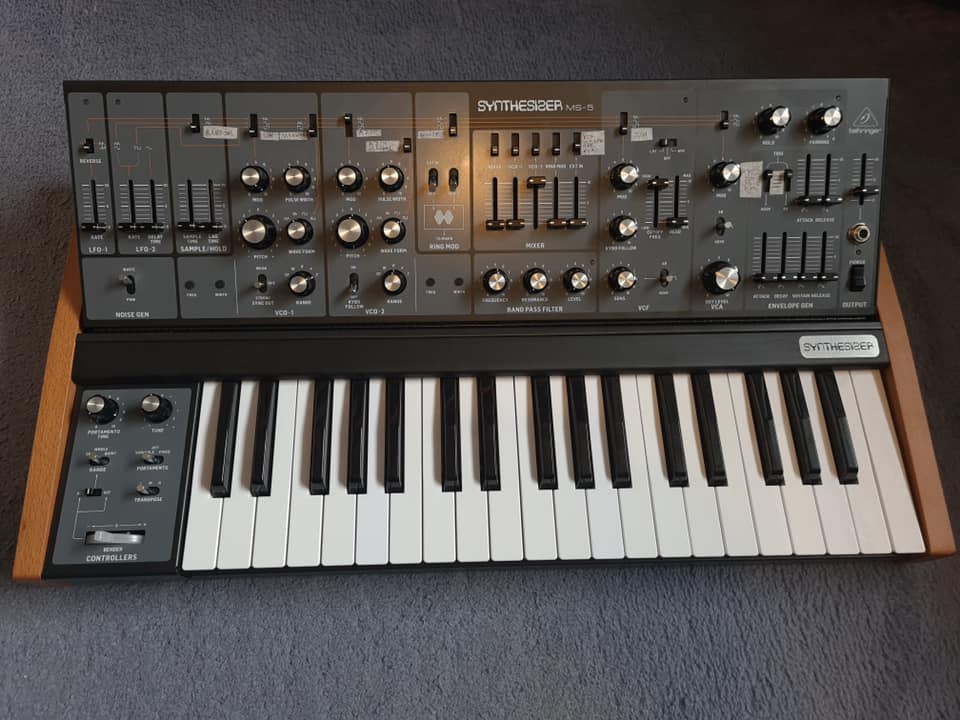 Behringer recently shared a post on their Facebook page asking fans what they would think if the company made an MS-5 synth. The post was accompanied by photos of the MS-5, which appears to be a clone of the Roland SH-5.

The Roland SH-5 is a monophonic analog synth that dates back to the late 1970s. The SH-5 is still a coveted synth amongst vintage enthusiasts as it sported dual-oscillators, two LFOs with multiple shapes, and two VCAs. The synth also has white and pink noise generators, a great ring modulator, and a very versatile signal path that sets it apart from the competition.

The response from fans was very positive, and it seems like a lot have been waiting for Behringer to set their sights on the SH-5. Not much is known about the MS-5 at this point, but the prototype photos shared by Behringer show that they are doing a good job of emulating the original hardware. The price of an original SH0-5 puts it out of reach of most synth fans, so if Behringer gets it right with the MS-5, there will be a lot of happy users. Behringer has been on a roll lately, and this teaser follows hot on the heels of their announcement of a collaboration with Vladimir Kuzmin for a new Polivoks synth. They also have plenty of other projects in the works for this year, so give Behringer a follow on Facebook to stay up to date.