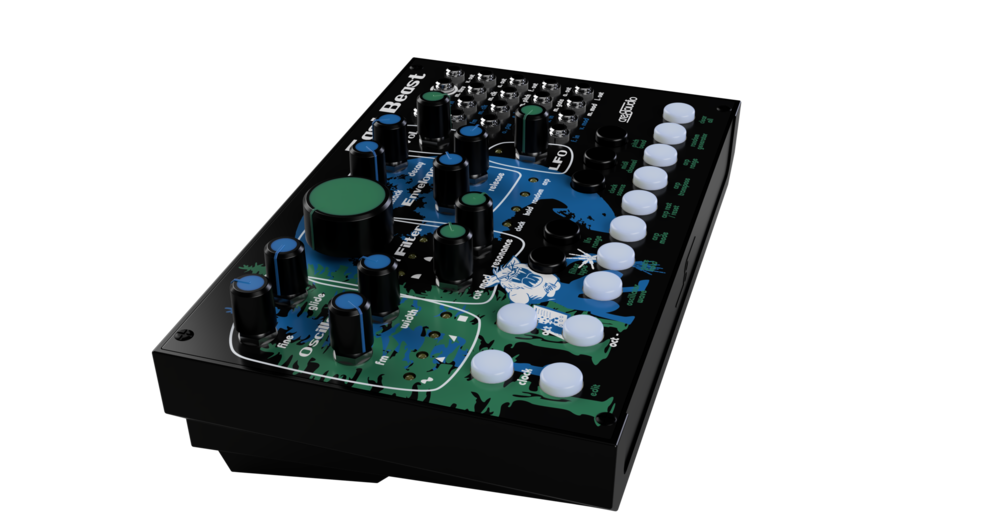 Cre8audio has recently announced that their East Beast synthesizer is now available for pre-order with shipping expected before the end of May. East Beast is a fully analog East Coast style semi-modular synthesizer. According to Cre8audio, East Beast offers a fresh take on old-school East Coast style synthesis concepts, such as big filter cutoff knobs, envelope generators, and big fat-sounding voltage-controlled oscillators. Of course, it also has a few twists thrown in here and there. One of these is that you can actually remove East Beast from its enclosure and use it as a 40HP eurorack module.

For East Beast's oscillator, Cr8audio worked in partnership with Pittsburgh Modular Synthesizers. They ended up using one that is part of their 5th generation of analog oscillators, which is made from 100% modern components. In addition, its circuitry is not a clone or based on any outside designs. East Beast also uses a multi-mode filter by Pittsburgh Modular Synthesizers. For a wide range of LFO and audio-rate modulation possibilities, CR8audio opted for dual range LFO and also included an envelope generator.

Since the East Beast is semi-modular it will work without any patch cables, but also features nine different patchable modules and 18 Eurorack compatible patch points to plug into itself and other gear. East Best has MIDI in and MIDI thru too for chaining multiple MIDI instruments together or simply using a MIDI controller. Other features include a built-in tap tempo clock, clock-synced arpeggiator, and a 32-step sequencer with up to 13 presets.

For more information visit the official Cre8audio website (https://www.cre8audio.com/eastbeast) where the East Beast user's guide is also available for download.