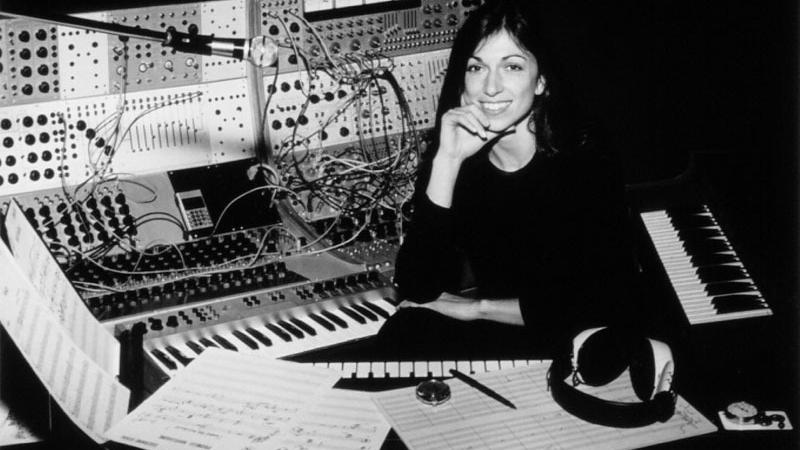 Suzane Ciani agreed to an interview and we chat about her career, her favorite synths, her successes in the advertising industry, the film that was recently made about her life and much more.  We had so much to talk about, it was impossible to summarize it all in one article, so we have been posting the interview in parts.  This is part 3, the last part of the interview.

Kaitlyn happened to live in the same small town where I live, she’s since moved away, and she played a Buchla Music Easel. She had heard of a record series called RVNG, it was a collaboration, a series that they did with a collaboration between an older artist and a younger artist. So I think we were volume thirteen in this series and I think we were well suited to this project because I was definitely an older artist and she was definitely a younger artist.

We both played Buchla’s so it was fun, it took me a long time to work in into my schedule. It wasn’t at the top of my list and finally we kind of said that if we don’t do it this weekend then we are never going to do it. So we just gave it the green light and it was all done live. We recorded live into the computer for a couple of days and then we just selected the segments that we liked the most. I think it was really fun to improvise with another player. I had not done that before. We based it on, oddly, the same sequences that I used in 1975. So we needed a starting point and I had written a paper in 1975 that described how you play the Buchla. I had gotten a grant from the National Endowment of the Arts and had to produce a document and when I came back to playing the Buchla after 35 years or whatever, I thought “Geez, how did I use to do that?”

Then I found the paper and I read it and said “Wow, this is awesome.” There’s some really good ideas, so I actually learned from my own history. There were four sequences in the paper and we each took two and then we took turns being in control of the clock. And that was it, the rest was all done. Well we had a little prepping, we were sitting in my studio on the ocean and took the inspiration from outside the window. Where I live, every morning the sun comes up right in my eyes, so I had always wanted to do something about the sun. And I worked on it for a while, I just wasn’t sure. I think I was trying to do it on the piano and it wasn’t working on the piano. And I suddenly realized that it was an electronic piece and it was at about that time that we did this project and I thought, well should I keep this sun piece for myself and I thought, no let’s just do it. So we did Sunergy -- it was called Sunergy.

Kaitlyn is very talented, she was trained at Berkley College of Music and I’ve been teaching there this past year. I’m not really teaching, but I’m an artistic ambassador to Berkley and I’m actually astonished at the level of skill and expertise that these kids have in live analogue performance. It’s just stunning, I did one class with four performers all at once and we used the same sequences from that paper and it was just a revelation to me to see this new level of performance. That I think is something we are going to see a lot of in the future. They have a wonderful quad setup, Matthew Davidson is their teacher and he’s designed some interface software so that any one of the performers can control the tempo of all of them. And they have a texting communication, so while they are performing, someone will say “I’m going to take the tempo up in another minute” or “I’m going to transpose this up to E-flat” or whatever. So it’s just a beautiful collaborative environment.

It’s very exciting to see these kids actually performing, I mean this is what I do, I play the analogue instrument I’m not using a keyboard. And to see this happening, they’re doing the same thing. They have a Buchla, but they are using Eurorack stuff. For me the Buchla gives more feedback, it’s more responsive in the moment. I think as live performance evolves, there’s going to be a bigger demand for feedback. Spatial control, feedback of what is going on. Otherwise you don’t know what is going on.

A Life In Waves, the film, was recently released about your life. Can you tell us how that happened and what the reception has been like so far?

It happened when these two film makers contacted me and we had lunch one day I was visiting my niece in Austin, and they were from Austin or some place in Texas. And we met for lunch and I liked them. I wasn’t sure of their motives or their vision or whatever, but I was impressed by their partnership, that they were a working team and that they had successfully completed other films. We kept the conversation going and at a certain point they decided to do a Kickstarter. It’s funny because when I saw the direction that the film was shaping out to be, it was technology oriented and I was still very much playing the piano. And I thought this was a little lob-sided, why is that everybody always cares about the technology, but I’m a classical composer.

All the time I’m trying to steer them towards my classically based music, this revolution starts going on in electronics. It’s really funny by the time the film finished I had come all the way back to electronics anyway, so it doesn’t seem misrepresentative. It premiered by South-by-Southwest in Austin and then I went to another screening in Boston because that’s where I was from, I have a lot of family there. So that was great and it won some award there, so the reception has been very good, I think they’ve done a wonderful job.

In the process you realize that film is not a book, for instance. A film is storytelling, it’s an experience and I think I’m much more suited to that than all the research that would be involved when you are writing a book. You need to have everything researched and it is a different world. I would never have the patience to sit down and check every date and every name, so I think film is a wonderful medium for exploring ideas. It’s not as accurate, historically, and first that troubled me because they didn’t have a lot of footage from the old days. So if you are a real synth maven you’ll say “oh wait that wasn’t then, that wasn’t from the eighties.” So, there are some poetic liberties taken, but it’s OK. It’s about telling the story and they did a great job.

As I said, I’m coming back to this world, I don’t know everything about it, but there are a lot more women in this field now than there were the first time I was in it. It turns out that a lot of women, a lot of the pioneers in music technology, were women. We just didn’t see them.