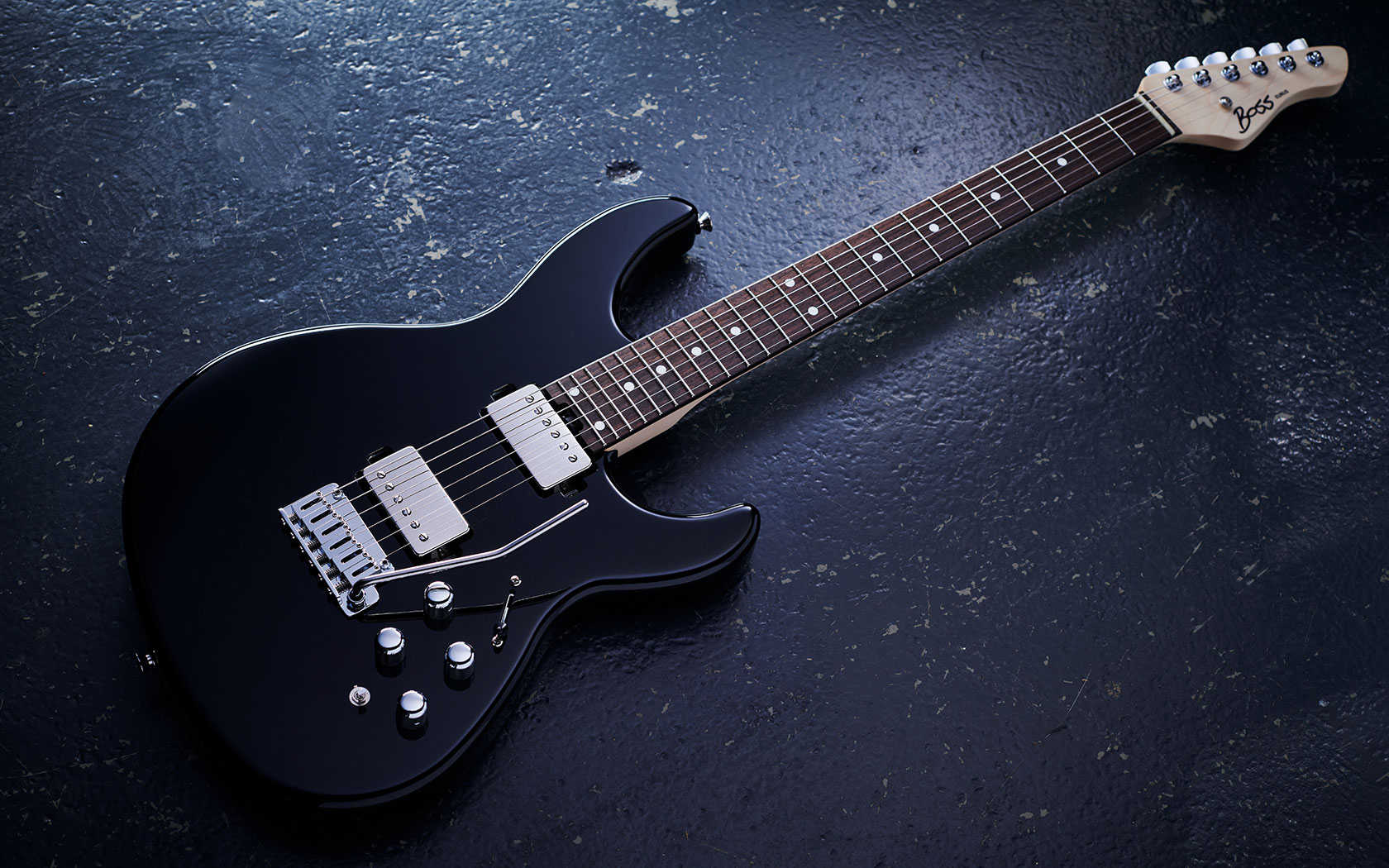 BOSS introduced their new guitar, the EURUS GS-1, during the 2021 Summer NAMM Show. The most surprising element of this guitar is that it features an onboard synth engine. EURUS GS-1 is the first standalone guitar for BOSS, who are well known for their effects pedals, amplifiers, and other musical gear.

The EURUS GS-1 features traditional guitar specifications such as a 24-fret compound fretboard, two custom-wound humbucker pickups, and a bolt-on maple neck. However, with the flip of a switch, players can also engage the polyphonic BOSS synth engine to add a whole new dimension to their performance.

Guitar players have access to six onboard memories featuring different synthesizer sounds. This has raised some concerns amongst some players who feel that six presets are a little too limited. However, the guitar also features Bluetooth, which can be used to connect it to the free GS-1 editor app for iOS and Android. Doing so will allow players to further customize their sounds by adjusting parameters such as the tone, resonance, and core synth sound. The app also makes it possible to assign a range of parameters to the guitar's synth control knob and save presets for quick access.

In addition to the EURUS GS1, BOSS also introduced the EV-1-WL, which is a wireless MIDI expression pedal. According to BOSS, the pedal can work as a powerful creative partner alongside the guitar. Users can assign parameters such as pitch bend, filter depth, hold, and more, while up to two external footswitches can also be connected to the unit.

Check out the video below where BOSS's Yoshi Ikegami introduces the instrument and visit the official website for more information (https://www.boss.info/us/products/eurus_gs-1/).