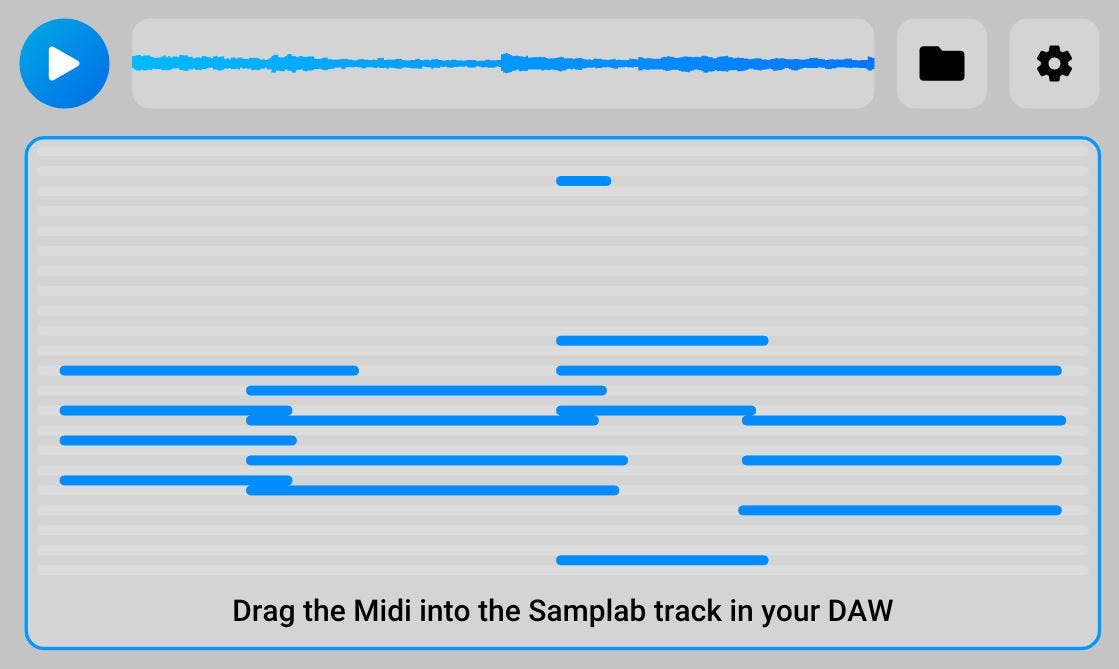 A Swedish company called Samplab has recently released a new plugin that allows users to edit the notes in their polyphonic audio samples. While this is not exactly a new invention, as Melodyne's Direct Note Access technology has been around for a while, it is still very useful. Unfortunately, the Samplab plugin lacks some of the sophistication of Melodyne, but the results are still impressive, and the fact that it is free doesn't hurt either.

The Samplab Plugin is compatible with most DAW's that support the VST3 and AU plugin formats. Once installed, users can add Samplab to a MIDI track and drag their audio sample into the plugin. An internet connection is required as the sample is sent to the Samplab server to be processed. Users can then drag the resulting MIDI file into the same MIDI track that the Samplab plugin is on. The plugin will then serve as a virtual instrument, and the MIDI track should sound like the original audio, with the exception that you can now edit the notes in your DAW's piano roll.

While some users may be hesitant to upload their audio samples, Samplab has stated that they only process the audio files and send the results back to the plugin without saving anything on their side or using them for anything else. The plugin also has some limitations, including the fact that one audio file can only generate 127 notes at most. According to Samplab, this should be more than enough for most samples and loops, but they are also working on a solution to increase this number.

Check out the video demonstrating the process of using Samplab below, and then head on to the official website to download it for yourself if you like what you see.