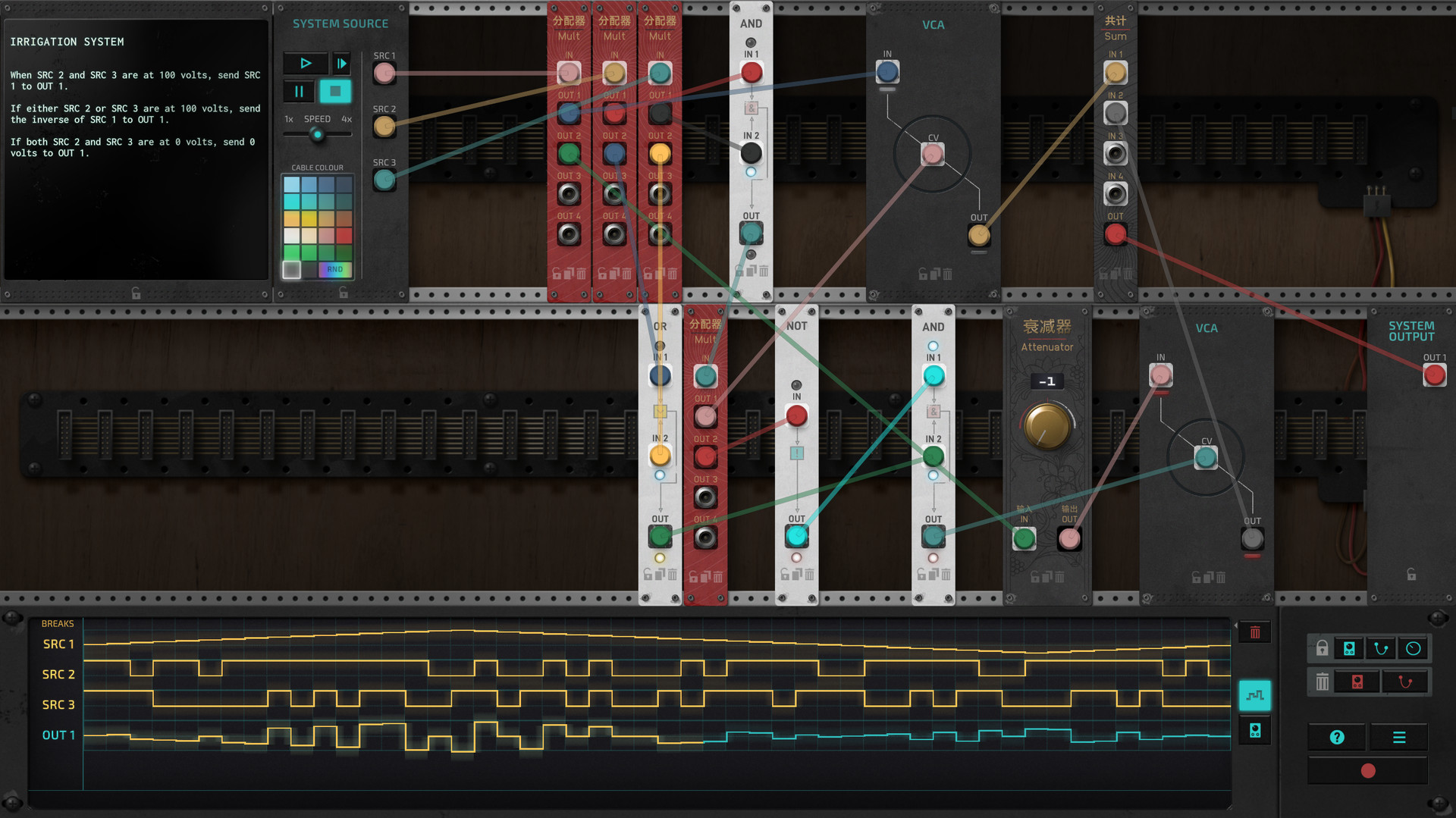 While there's nothing unusual about videogames featuring synthesizer music, a new title by Reckoner Industries takes things one step further. The game is called The Signal State, and it is set in a post-apocalyptic future. What sets the game apart from others is that it requires players to put their logic skills to the test and conquer complex puzzles that were inspired by modular synthesizers. It is up to players to repair machines, rebuild an abandoned farm, and become part of the revolution that will change the fate of agriculture once and for all.

The Signal State features more than 40 puzzles, complete with leaderboards for players to compete against each other. Gameplay for The Signal State involves manipulating inputs by using unique modules and patching cables. The game makes use of a simple drag-and-drop system, which should be familiar to those who own virtual eurorack modules. In addition, players can customize the game to their liking with different color palettes for the cables, along with three unique cable rendering styles. The designs for the game features the work of Papernoise, who has designed modules for the likes of Hexinverter, WMD, Mutable Instruments, and others.

The Signal State was released on Steam and features a demo for players to try out. It is compatible with Windows and macOS operating systems, with players rating it as "Very Positive." The developers have also stated that a huge update with two additional features is planned for the game. These include a sandbox mode where players will be free to experiment without any constraint, as well as a puzzle designer for creating new puzzles. The latter will also tie in with Steam Workshop to allow players to access creations by other players.

To purchase or wishlist the game, visit Steam, where the demo can also be found. For more information about The Signal State, check out the trailer below and visit the official website at https://signalstate.io/. In addition, the developers have a discord channel (https://discord.gg/wX4gRN6jN4) that can be joined by players interested in the latest development updates.