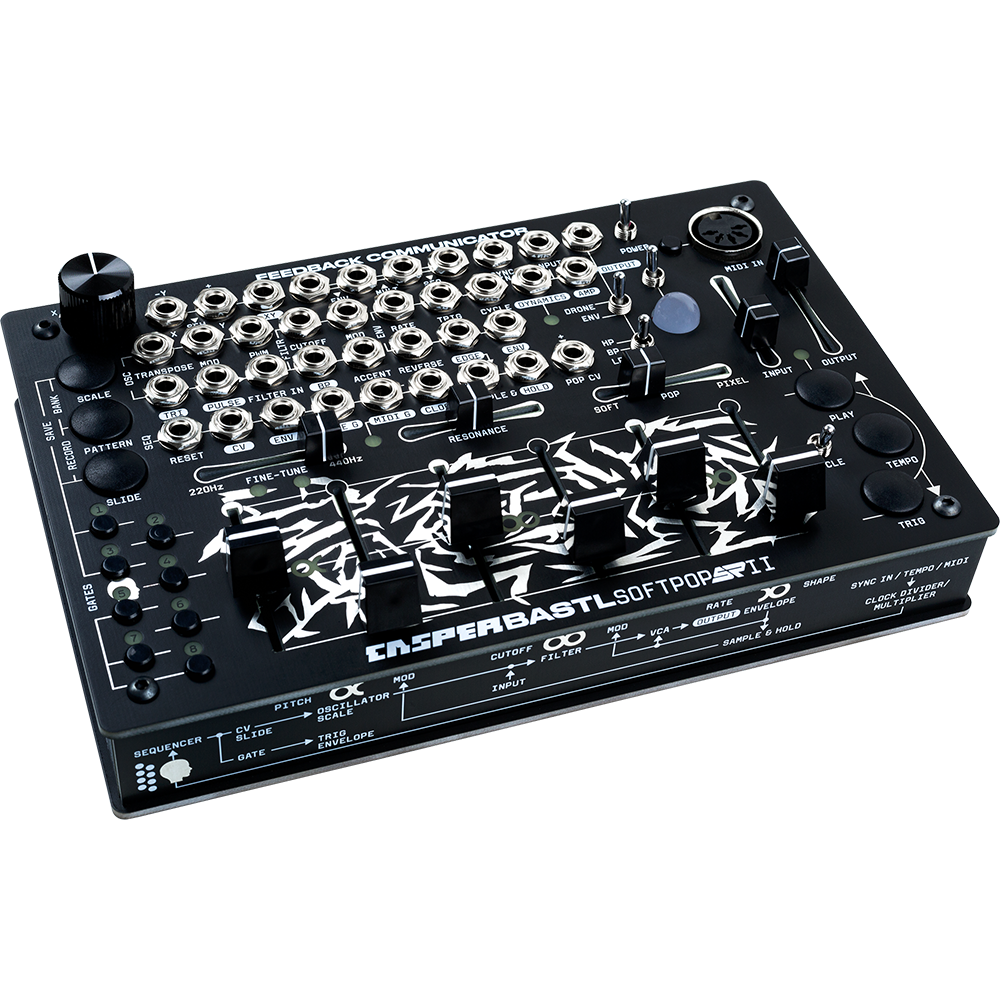 Joining the ever-growing list of new synths releasing in 2022 is the SoftPop SP2 by Bastl Instruments. According to Casper Electronics and Bastl Instruments, the SoftPop SP2 is a unique instrument that has been in development for the past three years. It is a complete rework of the original 2017 CAPERxBASTL Softpop. They described the instrument as a radical subtractive synth under the influence of unconventional digital control. Apparently, it excels at both melody as well as noise in equal measures.

Users should be able to coax bassline bangers, angelic chord progressions, and distorted beats out of the SP2. At the same time, its external input has enough gain and saturation to process any sound through the filter and VCA. Check out the list of features below and head to the official website for more information about this synth. Pre-orders are listed at €480, with shipping estimated to begin in mid-February.