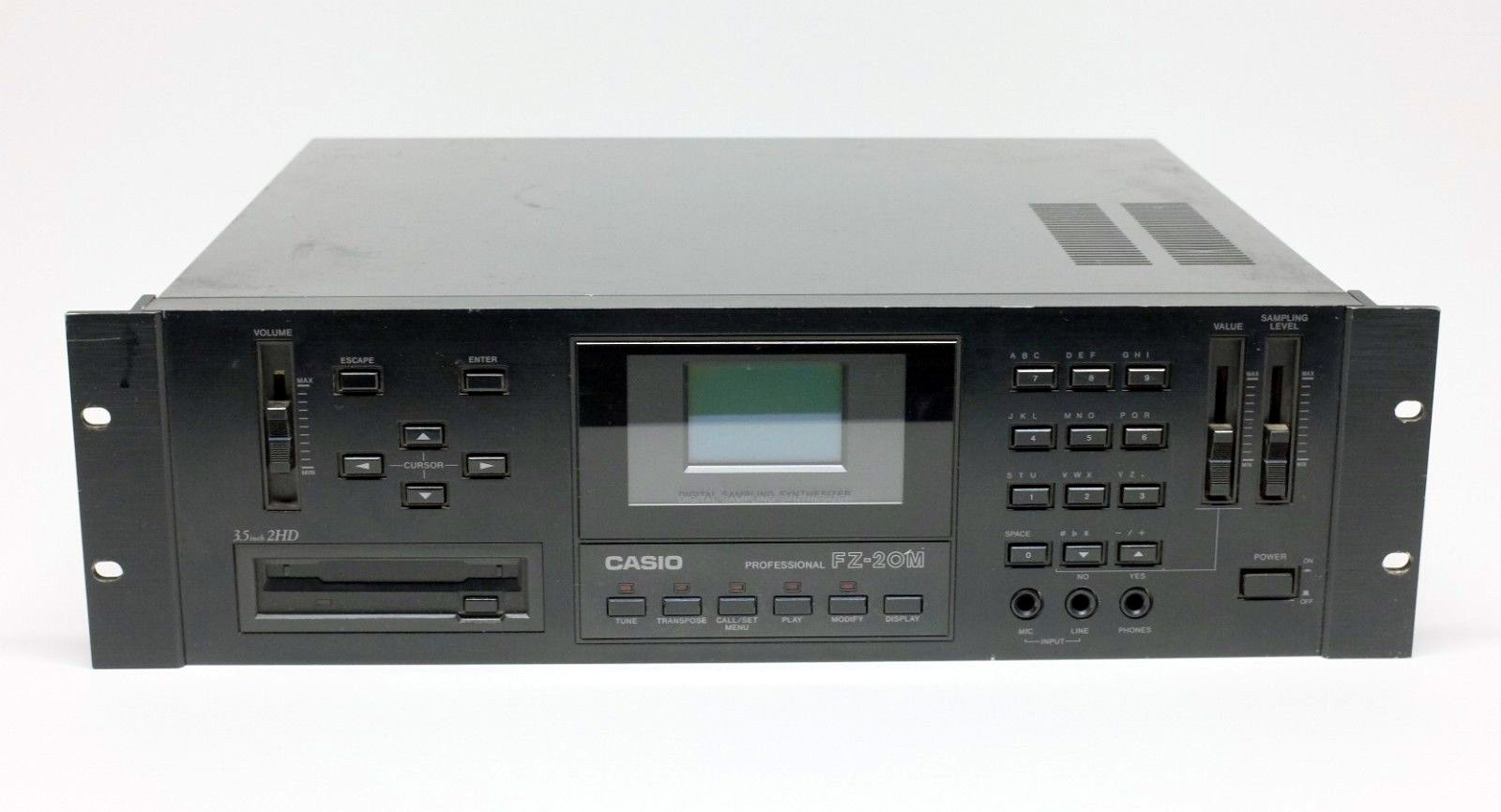 Casio released the FZ20M in 1988, about three years after its predecessors, the FZ1 and FZ10M. The FZ1 was one of the first really affordable 16-bit samplers to hit the market and built up quite a following, so the FZ20M had big boots to fill.

With the FZ20M users got a 16-bit sampler featuring two megabytes of RAM and the ability to record in either 9kHz, 18kHz, or 36kHz sampling frequencies. Although the lower rates offer much longer sampling times, it is the 36kHz rate with about 30 seconds of sampling time that is the most useful. It features 8-voice polyphony and can hold up to 64 samples in memory.

The FZ20M has a large LCD in the center of the front panel with Tune, Transpose, Call/Set Menu, Play, Modify and Display buttons below it. On the left side of the front panel you'll find the volume slider, cursor buttons as well as the Enter, and Escape buttons along with a 3.5" 2HD high-density disk drive. The disk drive could be used to load optional software, such as the hard disk operator, which shipped with the sampler on floppy disks. Other software on the disks includes a studio piano sample as well as some extensions to the operating system. The operating system itself is stored in internal read-only memory though.

The Value and Sampling Level sliders are on the right of the front panel along with the Power button, and numeric keypad. Finally, the front panel also features MIC and Line level input jacks next to the headphone socket. On the rear of the FZ20M, you'll find the MIDI In/Out/Thru sockets, the audio output jacks, and two SCSI ports. These ports were what really set the FZ20M apart from its predecessors and were used to connect the sampler to hard drives.

When it comes to working with samples the FZ20M gives you a couple of different options, which are accessible from the main menu. You can either sample a voice, mix together two pre-existing voices, or use the reverse write option to convert a voice to run backward. You can also truncate samples thanks to a handle visual representation of the sample that is displayed on the LCD. The display also comes in handy for determining good loop points in the sample.

The FZ20M is not a bad sampler, but there really wasn't much to distinguish it from the FZ10M apart from the newly added SCSI capabilities. However, this did mean that not only did the FZ20M have access to more sounds, it could also load these sounds quicker than the FZ10M, which was restricted to much slower floppy disks. 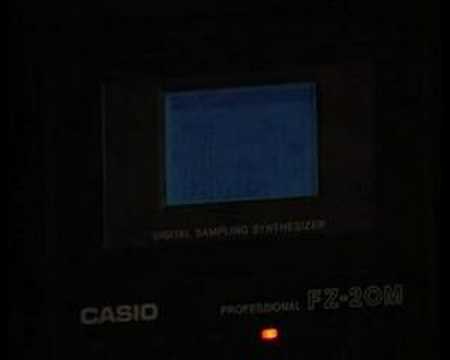