At first glance, the Casio Casiotone MT-40 doesn't exactly look like anything remarkable. It was released in the early 1980s but was followed soon afterward by the MT-41, which featured a dark grey design instead of white. It's an unassuming piece of gear with only 37 and it offers player 22 different instrument sounds. The MT-40 also has six onboard rhythms along with a dedicated mini bass keyboard that has 15 keys. Overall, the MT-40 looked very much like a toy instead of a serious musical instrument, but it did come with a very low price tag.

The MT-40 is definitely not an instrument that can be judged by looks alone. Its name was cemented in history thanks to one particular song, the 1984 King Jammy and Wayne Smith track, Under Mi Sleng Teng. The duo found the pattern on the Casio MT-40 keyboard and went on to inspire countless reggae and dancehall tracks using variations of the pattern.

In terms of design, the MT-40 features the mini bass keyboard on the left with the large built-in speaker above it. The space above the main keyboard is divided into sections for volume, rhythm, tone, effect, and power. The names and numbers of the 22 different instrument types are also listed above the keyboard.

As expected from such old hardware the MT-40 features very lofi drum sounds, although the sound is better than expected for something in its price range. The same can be said about the distinctive bass. As for the actual tones, you won't find anything that sounds remotely realistic. It has 9-voice polyphony with eight notes being playable on the main keys and a single note on the bass. The drum section of this keyboard offers six different types of beats that can be adjusted with the tempo knob. It also has a dedicated "fill" button that can be held down to play some interesting fills for your tracks.

The legacy of the MT-40 lives on in later Casio keyboards, such as the SA-46 and SA-76 where the sleng teng "rock" preset has been included under the name "MT40 riddim." Numerous other musicians, such as The Magnetic Fields, and Damon Albarn of Gorillaz also made use of this keyboard for tracks. Fans of the classic sound can also make use of sample packs, such as MT40 Digital Dancehall Revolution, to get their hands on the bass sounds and keyboard tones of this keyboard. 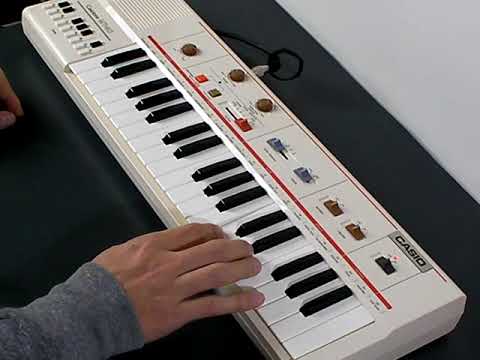 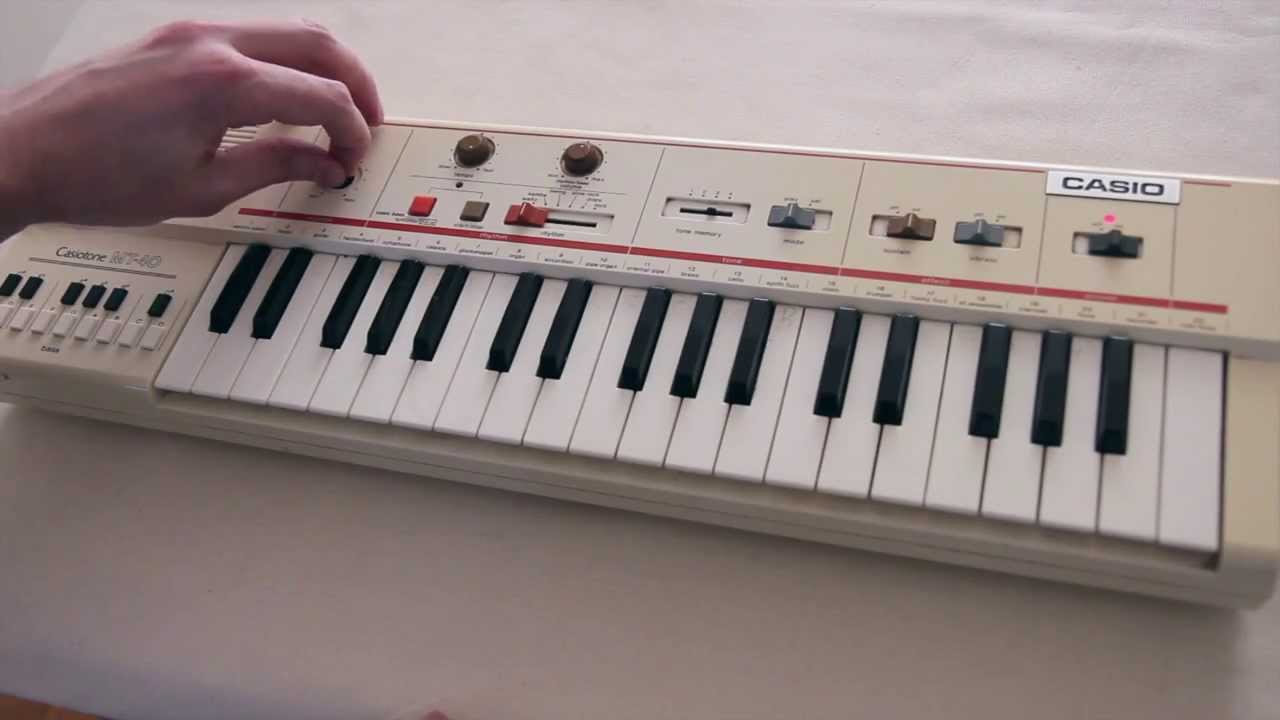