The Nord Wave by Clavia was released in 2008 and was seen by many as the logical successor to their popular Nord Lead 3 synthesizer. What the Nord Wave did was include sample playback thanks to its quick-booting sample RAM. Clavia designed the Nord Wave to be a performance instrument and it offers 18 notes of polyphony. The Wave also allows you to quickly swap between two related sounds or layer your sounds using the two slots that are available to each patch. Although reverb, tube simulation, and delay are global, you can adjust the EQ and chorus settings for each slot. It is a system that should be familiar to Nord Lead users, although the Nord Wave two has two fewer slots than the Leads. Control is handled via the Slot A & B buttons that are situated close to the pitch stick, mod wheel, and octave-switching buttons. Clavia clearly intended these buttons to be as much performance controllers as programming features.

When it comes to patches, the Nord Wave offers 1024 of them spread across eight banks of 128 patches each, three of which are filled by Clavia. To cut down on time wasted searching through these patches you can sort them via categories or alphabetically. You'll find the usual selection of strings, choir and organ samples, but the Wave also has pianos, pads, leads, basses and more. Since the sample data is stored in Flash memory, it gives users the ability to easily and quickly replace whatever they want. Also, the use of Flash memory also means faster loading times. Although the 180 MB sample memory of the Wave is tiny compared to more recent synths, it does make use of a lossless compression algorithm that allowed for samples up to three times the size compared to other standard linear sample players of the time.

Clavia has ensured that users have a vast pallet of sounds to choose from by combining analog, wavetable, and sampled waveforms as well as FM synthesis in one package. It also gives users the freedom to combine virtual analog with samples for interesting effects. Of course, the Wave is compatible with the Nord Sample Library, which is available online. The Wave was released along with the Nord Sound Manager, an OS X and Windows compatible program that allows users to back up and rearrange programs, as well as transfer Sample Instrument files.

The Nord Wave incorporates six different filter types, ranging from the standard low-, high- and band-pass filters, to the Wave features, a multi-peak filter and more. In addition to modulating filter parameters with the dedicated ADSR envelope, velocity or the LFOs, you can make use of the Modulation Envelope or even modulate the modulators using Morph Grouping. This is a technique where you can adjust the setting of almost all sound-related parameters in real-time using the modulation wheel, control pedal, note velocity or note number.

As much as the Wave has to offer, it is unfortunately not perfect. The lack of arpeggiator is a concern and only 99 instruments can be loaded at once, which will be a deal-breaker for some. Finally, it has no split-keyboard functionality and also no MIDI Thru. Overall, the Nord Wave is very much a Nord Lead with the added ability to play samples that is perfect as a performance synth while shifting the more complicating things like sample editing and multi-sample creation over to its external software. 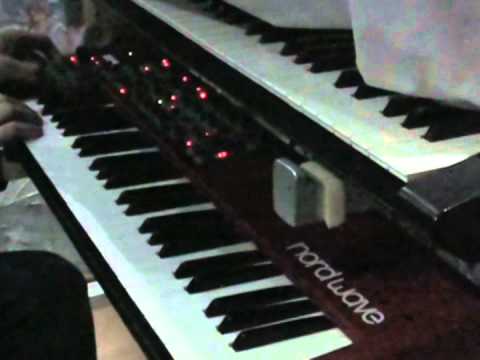 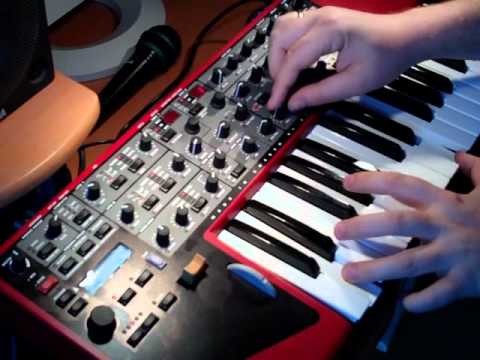