The Mono Evolver was the highly anticipated performance-oriented keyboard version of the original Evolver table-top sound module. The voice architecture is identical to the Evolver, but it sports a 3-octave semi-weighted keyboard, pitch and mod wheels, a new built-in arpeggiator, and finally enough knobs and switches to put all the controls within easy reach.

Mono Evolver is a true analog synthesizer that incorporates many of Dave Smith and Sequential's old secrets, circuits and technologies. It's monophonic with four oscillators - two analog DCOs and two digital - it's a true analog/digital hybrid synth. The analog oscillators feature multiple classic waveforms plus pulse-width modulation and hard sync, and they sound really nice and big. The digital oscillators feature FM synthesis, Ring Modulation and 96 wavetables straight out of the Prophet VS (plus 32 user wavetables, loaded via MIDI software editors such as Motu Unisyn).

Mono Evolver also features two Curtis voltage-controlled analog low-pass filters which are fully resonant and switchable for two- or four-pole operation, two digital highpass filters and real analog VCAs. Modulation capabilities are handled by four LFOs and three ADSR envelope generators (for the filter, the amp, and one is user assignable). There are dedicated onboard effects (feedback, delay, distortion, glide, etc.). Stereo audio inputs let you process external audio through the Mono Evolver's filters, envelopes, LFOs and effects. The Evolver's ultra-cool MIDI-syncable 16-step, 4-parameter, analog-style sequencer (with each patch able to store its own sequence) is also on-board to really bring the Mono Evolver to life with animated evolving sounds. The LFOs, step sequencer, and three separate delays can all be synced for massive, rhythmic, time-based effects in stereo.

A major unique feature of the Mono Evolver is that although it is monophonic, it has a true stereo signal path. The reason many things come in multiples of two here is because each channel gets its own independent analog oscillator, lowpass filter, highpass filter, VCA and effects. It's sort of like two independent synths - one on the left and another on the right. This allows for pretty nice stereo imaging effects not possible with most other mono-monophonic synths. Some of the factory patches will make your jaw drop - sometimes it's really hard to believe it has only a single voice! 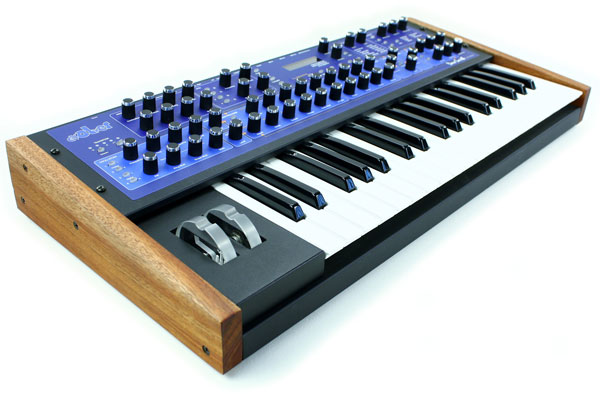 The original Evolver was a hit when it came out. There just were no other modern analog-digital synthesizers in its price range. It sounds wonderful, and was one of those synths that has no real need for external effects. But it was limited in its table-top form, with just 8 rotary knobs for hands-on control. Four years after the Evolver was released, Mono Evolver finally appeared to make the Evolver a true performance-oriented synthesizer, and without breaking the bank! For about the same price you could also get the Poly Evolver Rack which is basically 4 Evolvers in one tidy little polyphonic rack module. And then there's the flag-ship keyboard version - the Poly Evolver - twice as expensive but four times as big. 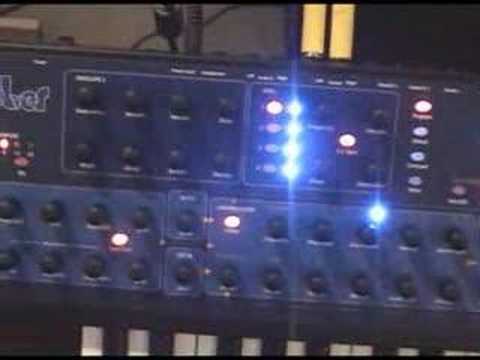 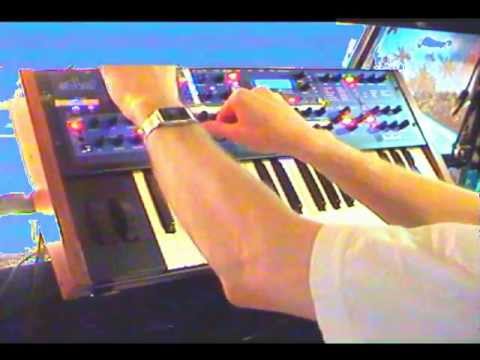 Separate Glide per oscillator.
Memory - 512 fully editable programs (four banks of 128).
Control - MIDI In, Out, and Thru, and Poly Chain.
Pedal/CV1 and Pedal/CV2 inputs: responds to expression pedals or control voltages ranging from 0 to 5 VDC.
Date Produced - 2006