Right off the bat Elektron has made changes to the physical appearance of the MKII to distinguish it from its predecessor. It features a light gray aluminum case that is now tilted to make it a bit easier to use. The OLED is also easier on the eyes thanks to a new white-on-black display. The overall quality of the encoders and buttons have also seen a big improvement compared to the original. Finger drumming is also now possible thanks to larger, softer pressure pads. This is in contrast to the hard, stiff pads of the original hardware.

When it comes to audio, the MKII still offers an eight-voice analog/digital sound engine along with a 13-track sequencer. One area that saw a drastic improvement is the ability to sample. Rytm owners will know what a pain it was to upload samples onto it, but the MKII can now sample internally and seamlessly load samples.

The front panel of the MKII is packed with controls, which can make it a little intimidating at first, but everything is laid out in a logical manner. Up top, you'll find the main volume knob as well as knobs to set the amount of the chosen performance macro and to set the overall volume of the active track. There's also a button to open the SAMPLING menu and one for selecting the performance macro. Below these are buttons for opening the GLOBAL SETTINGS menu, activating the play mode, activating the MUTE mode, activating the CHROMATIC mode, Activating the SCENE mode and activating PERFORMANCE mode. The 12 pads are located directly below these buttons while the bottom of the front panel is dedicated to the 16 TRIG keys. Below the OLED screen, you'll find the arrow keys for navigation and setting parameter values along with Yes and No keys. Eight buttons for selecting banks A-H can be found in the middle of the front panel with LEDs to indicate the currently selected PATTERN mode above them. Finally, the right side of the front panel is dedicated to Data Entry knobs, keys to access the Parameter pages of the active track, STOP, PLAY, and RECORD buttons, and more.

The rear panel is dedicated to the power button, DC IN, USB, EXP/CV IN, MIDI Thru/Sync B, Midi OUT/Sync A, Midi IN, Audio in L/R, Track Out, Ext In L/R, Main Out L/R, and Headphones Out connectors.

Overall the improvements that Elektron has made to the MKII are substantial enough to tempt owners of the original hardware to upgrade. Everything from the actual hardware to the workflow is much better than the original Rytm and the improvements to the screen and pads are very welcome. However, all of this comes at a price, so expect to pay a substantial amount for the MKII. 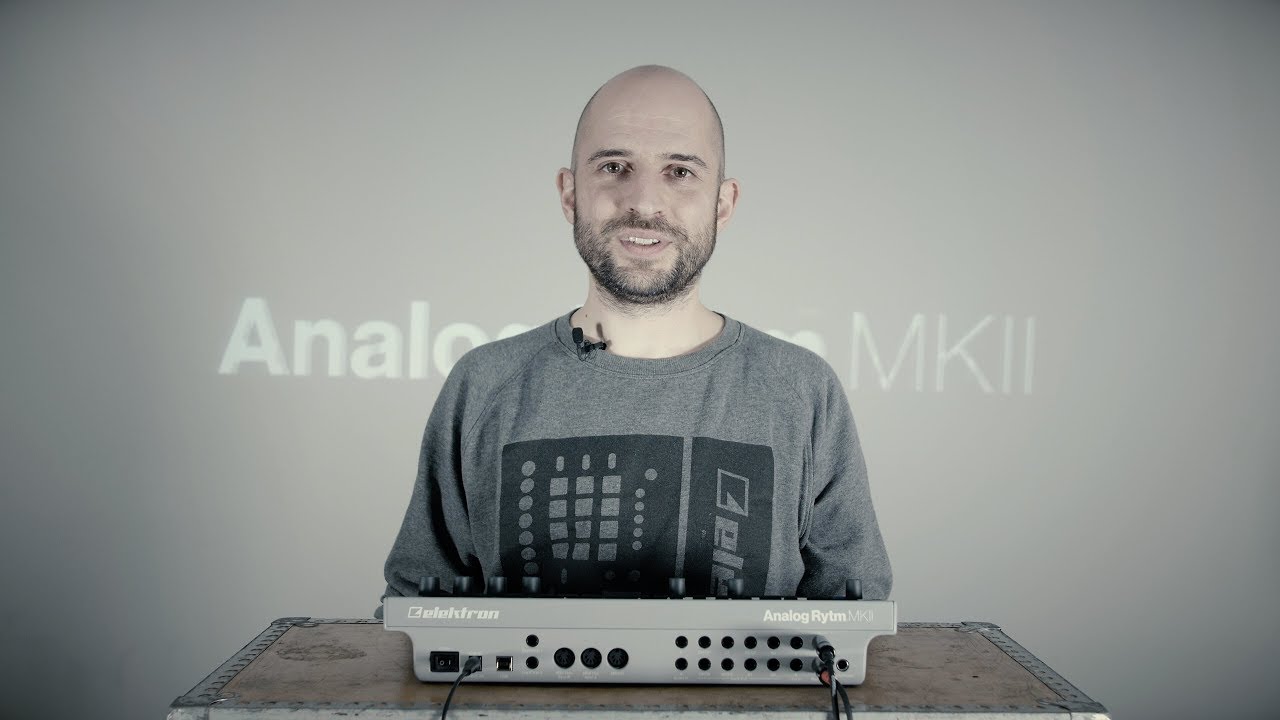 Analog Rytm MKII — At a Glance
by
Elektron 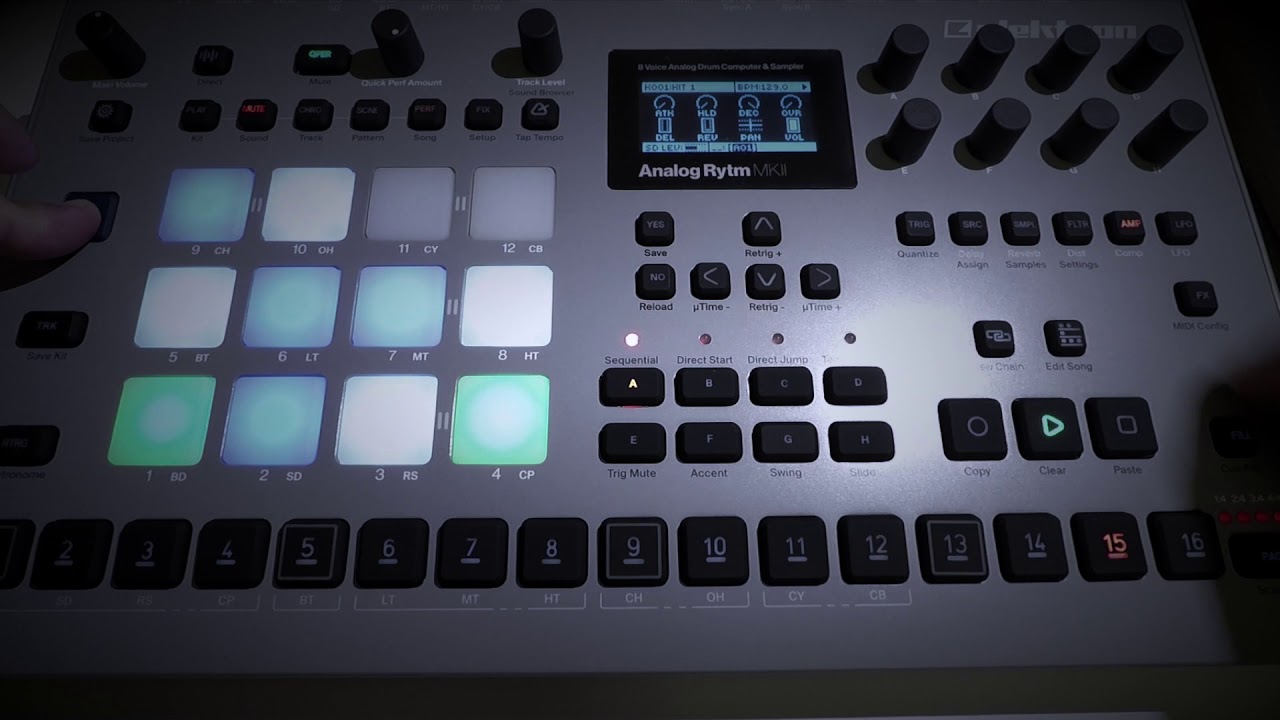