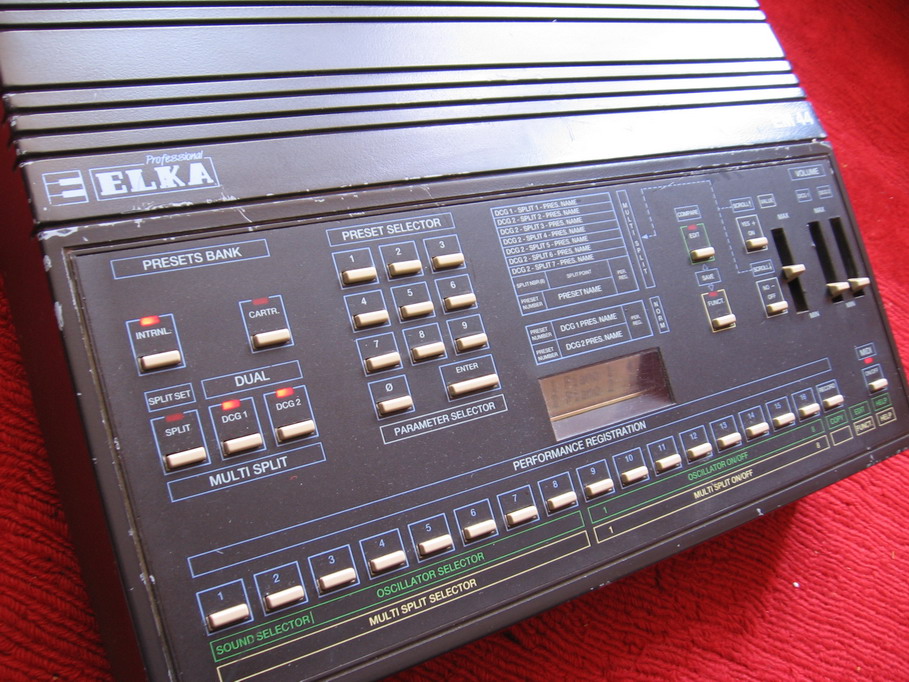 The Elka EM-44 is a digital synthesizer that is exactly the same as the Elka EK-44, with the only difference being its desktop module form factor. It is an FM based synth with 18 voices of polyphony and 8 oscillators. The multi-trimbral EM-44 was released in 1986 and the Italian synthesizer manufacturer appeared to have aimed for a DX7 sounding instrument. To make this more obvious, Elka also labelled a lot of the sounds for this synth with similar names to the DX. The EK-44, and by extension the EM-44, are the successor to the EK-22, which is an analog synthesizer by the same manufacturer. However, for the EM-44, Elka made the switch from analog to digital when expanding on the features it inherited from the EK-22.

Unfortunately for the EM-44, the keyboard of the EK-44 is often cited by users as the best feature of this synthesizer. The EM-44 does retain the LCD display that is found on the keyboard model, but bear in mind that it is not backlit, so using this synth in low light conditions might prove challenging. However, the screen is fairly readable from just about any angle if used in a well-lit environment, so it is not really susceptible to glare.

The EM-44 features 8 oscillators and these can either be adjusted separately or edited simultaneously. The design of the EM-44 features "Preset Bank" and "Preset Selector" sections to the left of the LCD screen while the "Performance Registration" section is below it. To the right of the screen you'll find the various sliders for volume etc. On the rear panel, there are connectors for stereo out, headphones out, the MIDI interface as well as the ROM and RAM cartridge slot. Overall, the EM-44 is quite rare these days, but it's age and difficulty to use makes it more of a novelty than something that you will be able to incorporate in your work efficiently. The user interface is not exactly intuitive and it is also a rather bulky piece of equipment.

The fact that this module version of the synth sold for only slightly less than the keyboard version meant that most users opted to pay the difference to get their hands on a decent keyboard too. It is smaller than the keyboard version, but this also means that it lacks the parameter and preset lists that are found on the bigger synth along with the explanatory configuration diagrams on the front panel. Considering how hard it is to find documentation about these synths, this could prove to be challenging for new users who are able to get their hands on a EM-44. 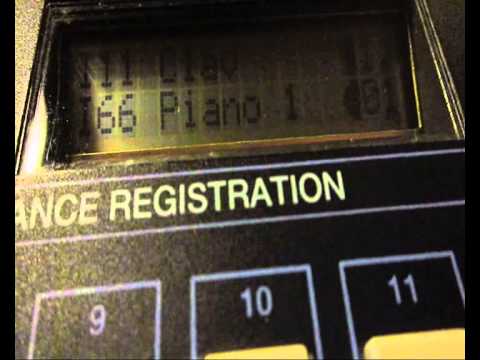