EML's 400/401 ElectroComp is a rare semi-modular analog synthesizer/sequencer that first appeared in 1970 and although it was produced until 1984, roughly 300 were made. The synthesizer (401) component can be considered a scaled down version of the EML 500 in some ways. It looks very similar in color and layout but lacks a built-in keyboard. It retains patch-cord signal patching and editing associated with modular synths as well as some switches. Dual VCOs produce a monophonic analog sound which can be shaped by the multimode resonant VCF (filter) with switchable hi, low and band pass filtering. Only sawtooth, square and noise waveforms are available from the oscillators. The envelope section offers only attack and release control (the EML 500 envelope section added sustain).

Complementing the EML 401 modular component is the 400 system which, as seen above, is covered with dozens of switches and sliders. Basically it's an analog sequencer component. It is a 12-tone diatonic sequencer with a digitally controlled voltage quantizer built-in - a sophisticated feature for the time. This allows for a variable number of steps-per-octave ranging from 5 to 60...a very unusual feature which makes the unit very useful for those exploring alternate/microtonal tunings. It also offered voltage controlled envelope generators in 16 stages! These could be programmed for creating pretty wild sequences and patterns.

The EML 400 and 401 system was a response to the popular Moog and ARP modulars from the era. It offered new ways of synthesizing classic analog sounds which may not have been better than its competition, but it certainly was unique. Today these rare instruments can still be found in use by synth anoraks around the world. 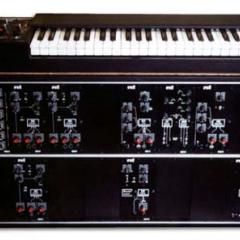 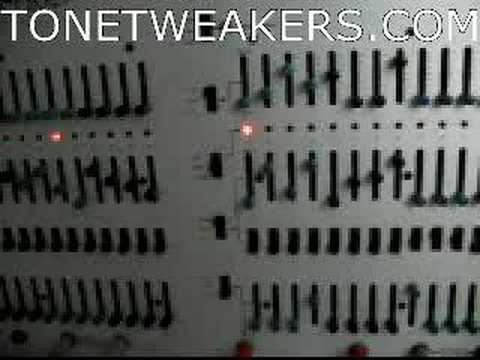