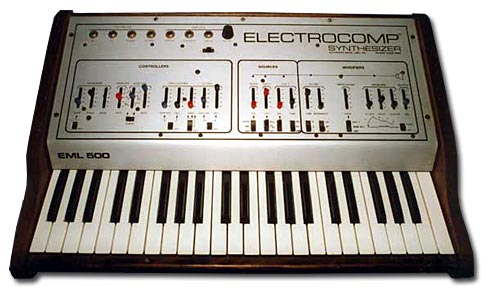 The EML 500 was a response to the popular trend towards compact performance synthesizers set by the Minimoog and ARP Odyssey. The EML 500 is a monophonic analog synthesizer with dual VCOs like the Odyssey does for a thick sound. Nice and evenly distributed sliders and switches are laid out across the top of the keyboard for easy access to all editable parameters. The era of the knobs and patch cords of modulars like its bigger brother, the EML 101, as well as the classic ARP 2600 and Moog 3C systems were coming to an end with the rise of these easier to use, hard-wired, performance synthesizers.

The dual VCOs offer square, sawtooth and noise waveforms. There is a simple VCA envelope section with controls for attack, decays and sustain (ADS). It also has envelope repeat for drones. The VCF section is very nice and unique sounding with switchable low-pass, band-pass and hi-pass filtering and resonance. The LFO can generate some great modulation possibilities with 6-waveform shapes to choose from. Both the LFO and sample/hold or track/hold is unique sounding as well and can modulate the oscillators, filter, or VCA.

Other features include ring modulation and amp modulation, octave up/down switching, external audio inputs (to the VCF, ring/amp mod and VCA), a sustain pedal input and CV/Gate external control. It also has a controllable preamp stage built in. The audio input can sound really nice too, it can be overdriven by feeding the signal back into itself. It has a mixer section that can switch between external input or noise. So you can mix in the amount of external input with the two oscillators which each have their own mixer as well. Another unique thing about this synth is that it has a scaling feature where you can change the tuning scale between notes. 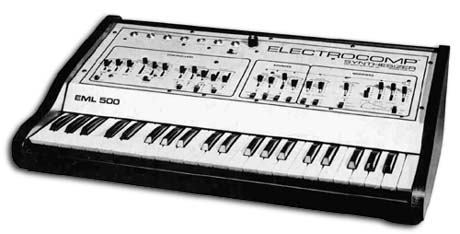 In comparison to ARP and Moog, while it might borrow a little bit from a cosmetic perspective (looks a bit like an Odyssey), internally this was designed around op-amps, not transistors. This gives EMLs a much different sound than pretty much anything else out there. Both the ARP and the Moog sound more similar to each other than either does to the EML. These were designed by industrial engineers (not musicians) who brought a very different perspective on synth design to the table. The EML has its own sound that can be described as archaic, “science lab” sounding, and reminiscent of 60’s science fiction movies. In fact you may be required to wear a white smock while operating this machinery! The EML 500 is an elegant yet inexpensive alternative to similar machines that will not let you down when it comes to sounds, flexibility, programmability and uniqueness. It’s been used by DEVO—It’s the "Whip-it" sound! 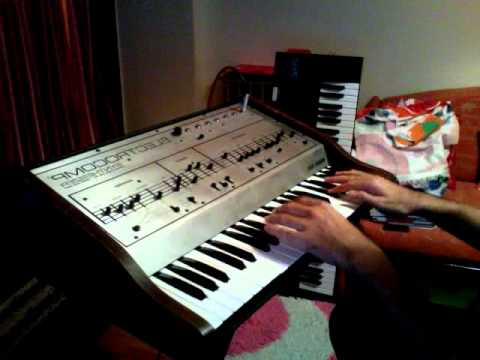 Thanks to Otto and Tei Blow for providing information.