The Orbit-3 is the latest version in E-mu's famous Orbit line of Dance Modules. This is still strictly engineered for the techno artist, but has all the features and functions as all its sister modules including the Proteus 2000, B-3, Mo’Phatt and Xtreme Lead-1. The very first Orbit from 1996 featured 8 MB of sample ROM. The Orbit-3 has a fully loaded 64 MB of sample ROM, the "Electronica" Soundset with 1,024 ROM and 512 User presets. The original Orbit had 32 voices, but the new Orbit-3 has a full 128 voices of polyphony.


With these expansion options, you could buy a PK-6, then add the sounds of the Orbit-3, XK-6, and the MP-7... or any other combinations you may want. If you like desktop synths, you can start with an MP-7 or XL-7, and then add these same expansion card options to add Proteus, Orchestral, or the new Halo sounds to them. E-mu/Ensoniq's interchangeable sound cards and a variety of keyboard/sound-module options means that there's a model out there for everybody now. 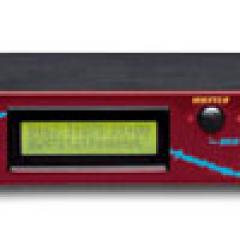 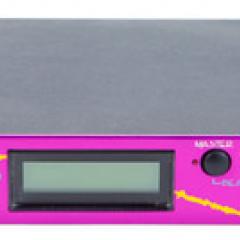 Audio Clip 1 A very cool sequenced demo featuring a Euphoric Trance groove with all its beats and synth sounds coming straight from the Orbit-3.
ManualDownload the original owner's manual from SoundProgramming.net.