Throughout the 1990’s, E-mu came to be known for its rack-mounted synth and sampler modules. In 1989, the Proteus was the first rack-mount module E-mu produced, and it was a huge success for the company. The Proteus 1 is an economical one-space module consisting of your basic rock and pop sounds. It has 4 MB of sounds from the EIII library such as samples of pianos, organs, strings, horns, guitars, basses, drums, Latin percussion, and more all at your fingertips. The Proteus offers professional features such as full 16-part MIDI multitimbrality, 32-voice polyphony, 16-bit ROM samples, six individual polyphonic outputs and extensive editing and modulation capabilities. There is also E-mu's RMidiPatchS that allows direct real-time control of over 40 parameters for keyboard, midi controllers, internal LFOs and envelopes. It has been used by Astral Projection, Pet Shop Boys, Vangelis, Genesis, and Information Society.

The Proteus 1 model was expandable with an additional 4 MB of orchestral samples (from the Proteus 2), making it a Proteus 1 Plus Orchestral. This gave you 4 MB of Pop/Rock sounds plus 4 MB of Orchestral sounds - 384 patches total! Presumably, when the Plus 1 Orchestral came out, the original Proteus 1 took on the Pop/Rock label to make it perfectly obvious what sounds each Proteus 1 model came loaded with.

In 1990, the Proteus 2 was released which is identical to the Proteus 1 in most every way except that it has 4 MB of purely orchestral sounds - the same sounds from the Plus Orchestral ROM card, which also happen to come from the EIII library. This was the first time really high quality sounding orchestral sounds could be had in a dedicated sound module.

The standard Proteus 1 and 2 could be upgraded to XR versions (extended RAM) as well. These doubled the RAM and memory up to 8MB, adding another 192 of user patches (128 preset / 64 user) for a total of 384 patches.

The Proteus 3 is identical to the previous Proteus models except that it features an ethnic World set of sounds. It's full of 16-bit samples (4 MB expandable to 8 MB via an XR upgrade) of shofars, flutes, celtic harps, tablas, tamburas, banjos, didjeridoos, bagpipes, etc.

A Proteus FX module is also available. It features sounds from both the rock pop and orchestral modules. It also adds two digital effects processors with reverb, delay, chorus and more. Surprisingly, the FX surpasses other Proteus models in many ways but it is also the least expensive model! It features 8 MB of sounds standard, and up to 512 patches. But what it doesn't have, is six polyphonic outputs. Just your basic stereo L/R(mono) output. 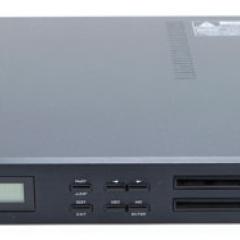