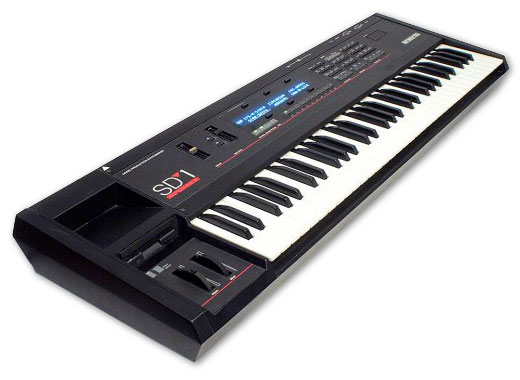 The SD-1 comes from a long line of Ensoniq's evolving TransewaveTM wavetable digital synthesizers. It began with Ensoniq's earliest synthesizer, the ESQ-1. That led to the SQ-80, then the VFX and VFX-SD (the latter featuring an on-board sequencer) and then to the SD-1 (and it eventually led to the Fizmo). The SD-1 allows for additive synthesis using waveform modulation, a sort of wavetable synthesis. This puts it into a unique class of digital synthesizers along with the PPG Wave series and Waldorf Microwave series.

The SD-1 can create all sorts of acoustic, electric, digital, and analog-like sounds. Its piano sound has over 1 MB of 16-bit waveforms to give it a full and rich realistic tone not found in other digital synthesizers of the time. That piano sound was just the beginning of what would become the "Perfect Piano" used in Ensoniq's ZR-76 and E-mu/Ensoniq's Halo series "Sounds of the ZR" ROM expansion soundset.

The SD-1 has 21 voices of polyphony just like its predecessor, the VFX (a 32 voice version later became available). A single patch can contain up to 6 of the 168 waves in its ROM memory that can be combined and layered. Advanced and analog-like synth parameters including its dual multi-mode digital filters, three 11-stage envelopes, LFO, and 15 modulation sources allow you to further shape and morph your sounds. There's even a built-in 24-bit VLSI dual effects processor with reverb, chorus, flanging and delay. The SD-1 also has a standard 61-note keyboard with velocity sensitivity, polyphonic aftertouch and full MIDI implementation with 12 channels for multitimbral functions as well as four 16-bit DAC outputs.

Like the VFX-SD, the SD-1 has a professional quality on-board sequencer making it a complete all-in-one music production workstation. This is a 24-track sequencer with 25,000 note capacity and it holds up to 60 sequences and 20 songs. There is quantization (96 ppqn), real-time or step entry, looped or linear mode, and auto-punch in/out. Tracks can be set to control the SD-1's internal voices or external MIDI equipment, or both at the same time! An on-board 3.5" disk drive allows you to store your programs, sequences, songs, and even MIDI SysEx data. The SD-1 is compatible with all VFX and VFX-SD program librarys too. An optional SQX-70 Sequencer Expander upgrades the sequencer memory from 25,000 to over 75,000 notes. 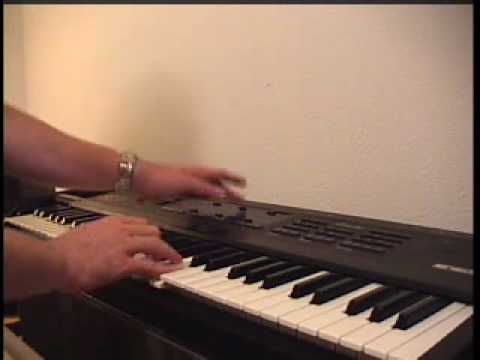