The TS series workstations introduced in 1993 were the culmination of the line that started with the ESQ-1 and progressed through the SQ-80, VFX, VFX-SD, SD-1, and SD-1/32. The resulting TS contained the most advanced feature set, most powerful sequencer and sound engine, and provided high quality sound and powerful effects processing.

The synthesizer section has 32 voices of polyphony (12 MIDI tracks of multitimbrality). It uses a ROM bank with 6 MB of samples from various acoustic instruments, synth waves, percussion and sound effects. A single patch is called a "Sound" and can be made from combining up to six waves. Each "Sound" can have up to four variations which are selected via two "Patch Selector Buttons" above the Pitch-bend and Modulation wheels. A performance patch, called a "Preset" can be made from up to three "Sounds" with independent settings for each "Sound". Arranged by banks are 120 user "Sounds" and 120 user "Preset" performance patches plus 180 preset "Sounds" and 180 preset "Preset" performance patches. There is also one bank for 10 sampled sounds which can be doubled if the RAM is expanded. The General MIDI sound set is also available in the TS.

The TS-10/12 makes use of the following four types of synthesis technologies:

Transwave: Similar to Wavetable synthesis, this technology allows real time changes to the tonal timbrality. The Transwave consists of 128 single cycle waves, each of which is part of the original (highly processed) sample. The loop start and end points can be modulated in real time by various sources like the LFO, envelope generators, modulation wheel, etc. The TS series synthesizers ROM includes eight types of Transwaves (far fewer than the SD-1 had, unfortunately) and new ones can be created as a sample and imported into RAM.

Hyperwave technology is a kind of wave sequencing similar to that used by the Korg Wavestation. The wave list can contain up to 16 steps and allows you to create impressive textures or rhythmic patterns.

Sampling: The TS series instruments can load samples from compatible Ensoniq samplers (EPS, EPS 16+ and ASR-10/88) into its RAM via 3.5" floppy disks or the optional SP-4 SCSI interface. Many sampled sounds will not fit into the standard 2 MB memory and therefore the memory expansion option up to 8 MB is recommended. Sample editing is very similar to the EPS/ASR systems. The only problem is that the TS can not save the sample data directly on EPS/ASR disks. You must use another disk (formatted using the unique TS format) to save your sample data, and to load an edited sound you must use both these disks because the TS saves only the edit settings without the actual samples. The RAM is volatile and the sampled sounds efface each time you turn the instrument off. 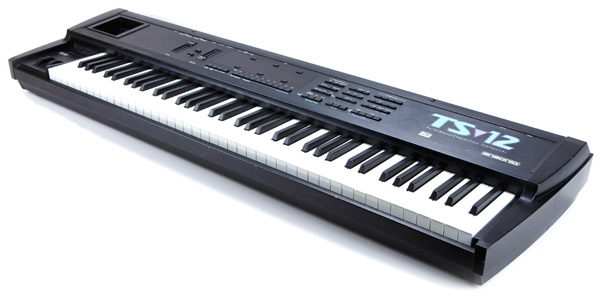 The effects section is based on Ensoniq's famous DP-4 effects processor. It includes 73 preset algorithms with up to 10 variations of each algorithm. There are 692 variations of effects including various Reverbs, Delays, Choruses, Flangers, Phasers, Distortions, Speaker cabinet simulations, Rotary speakers, and a lot more. Each algorithm can consist of up to three simultaneous effects. The effects section is fully programmable and can be modulated by various sources. The user's setting is stored together with the appropriate "Sound" or "Preset".

The 24-Track sequencer has a typical Ensoniq structure: There are 12 non-linear Tracks for composing short blocks (called "Sequences") and another 12 linear tracks. It features many functions like quantization, mixing, event editing, controller filtering, etc. Its capacity is 30,000 notes and that can be expanded up to 97,000 notes.

The TS-10 Plus (a later model) used a conventional LCD screen and was equipped with the SCSI interface and fully loaded RAM options as standard. The weak point in the TS series workstations is that they are totally incompatible with anything other than the aforementioned Ensoniq samplers. They can not load nor save .mid files, .wav sounds, etc. and they can not use standard DOS formatted disks.

Despite the non-resonant filters, the TS series workstations are very powerful synths with a rich and thick sound. They can produce complete musical arrangements in a number of genres. The succeeding generations of Ensoniq workstations (KT series and MR/ZR series) lost a lot of the TS's features and many users consider the TS to be the best of Ensoniq's workstations. 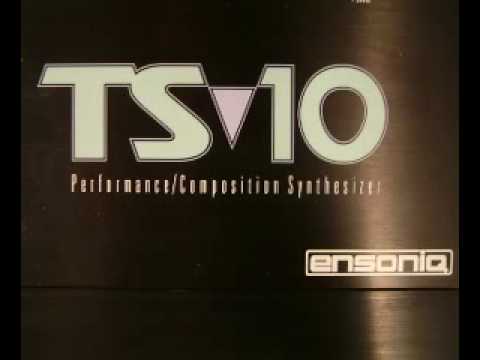 Textures and Pads
by
Najvrtson 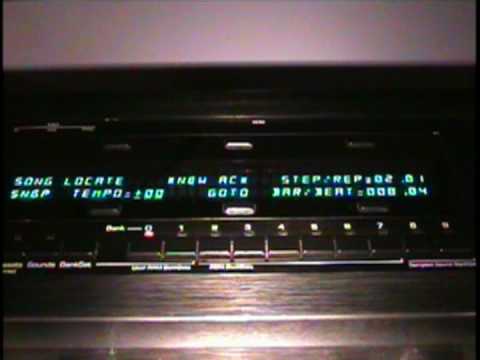