Following up on the heels of the ESQ-1 and SQ-80 synths from Ensoniq comes the VFX with more polyphony and waveforms. The VFX allows for PPG-like synthesis using a sort of wavetable synthesis. This puts it into a unique class of digital synthesizers along with the PPG Wave series, Waldorf Microwave series, and Ensoniq SD-1, SQ-80, ESQ-1, and Fizmo.

The VFX has 21 voices of polyphony. A single patch can contain up to 6 of 109 waves in its ROM memory that can be combined and layered. Advanced and analog-like synth parameters including its dual multi-mode digital filters, three 11-stage envelopes, LFO, and 15 modulation sources allow you to further shape and morph your sounds. There's even a built-in 24-bit VLSI dual effects processor with reverb, chorus, flanging, and delay.

The VFX has a standard 61-note keyboard with velocity and polyphonic aftertouch. The synth also has full MIDI implementation with 12 channels for multitimbral functions. The VFX has a cartridge port as well, for storing sounds onto Ensoniq's proprietary media. The VFX is a digital synth, and its filter is pretty weak but the VFX makes some sweet strings and textural sounds but it won't be very handy for any "meaty drum and bass sounds. It has been used by Front 242, Rick Wakeman, Nick Rhodes, Tony Banks, Peter Vettese, T Lavitz, Jonathan Cain (Bad English, Journey), Richard Barbieri and Oscar Peterson.

The VFX-SD adds a powerful 24-track sequencer for a total music production workstation. This is a professional quality sequencer with 25,000 note capacity expandable to 75,000, and it holds up to 60 sequences and songs. There is quantization (96 ppqn), real or step time input and auto-punch in/out. One thing that's kind of quirky, the sequencer's operating system gets loaded into the instrument's RAM memory from floppy disk (they replaced the bulky and proprietary cartridges of the VFX with a standard 3.5" floppy drive). This allowed Ensoniq to provide new operating systems that you could load in real easily. This was a good thing since the VFX was plagued by bugs during its early years and there were several subsequent OS versions released by Ensoniq, the most recent of which can still be downloaded.

The VFX-SD also adds new drum and percussion sounds including 24 drum kits. A disk originally shipped with the VFX-SD full of pre-sequenced drum patterns to get you going or inspired! Despite these newer features, the VFX-SD is totally compatible with the original VFX sound library. The VFX-SD also featured four individual outputs, MIDI Automated mixing, and an on-board 3.5" disk drive for storing your sound patches, sequences, songs, and SysEx MIDI messages. Unfortunately the VFX-SD did not do too well when it was released, so Ensoniq re-released it with a few enhancements and called it the SD-1. 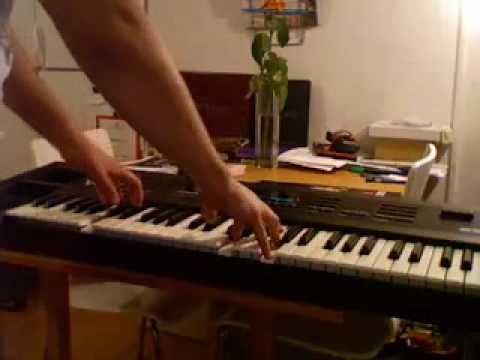