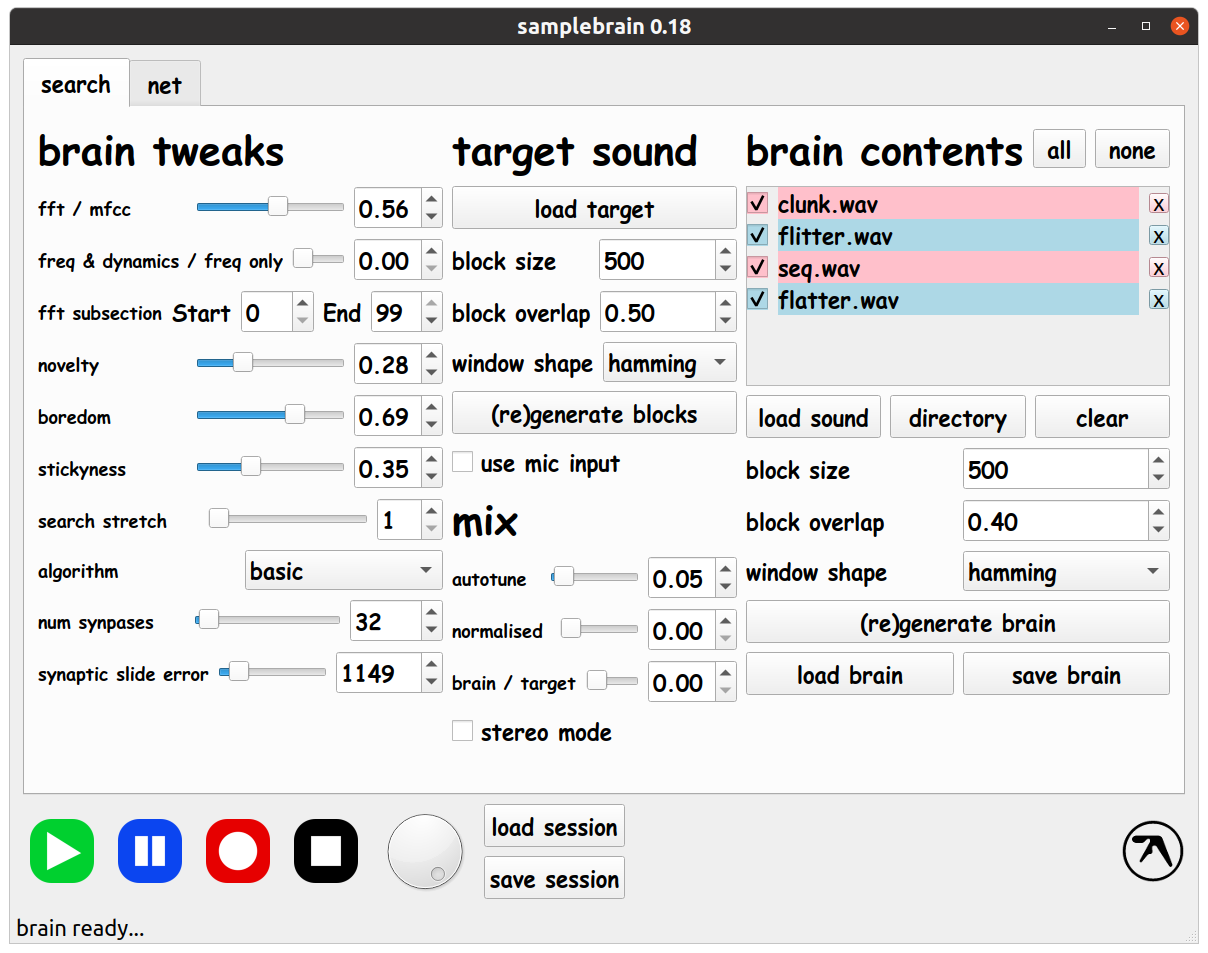 Warp Records announced via their social media channels that Aphex Twin and Dave Griffiths have launched Samplebrain, which is free sound design software. Richard James, aka Apex Twin, stated that the idea for Samplebrain came to him about twenty years ago when MP3s first started becoming a thing. According to James, he had a ton of music sitting on his hard drive and was thinking about what else he could use it for other than just playing or DJ’ing.

James apparently contacted the founders of Shazam to discuss further creative uses for their idea but said that they were too busy making an automatic DJ program. Although he hasn’t given up on his idea that Shazam could be re-purposed for something incredible, he has since gone on to release Samplebrain.

The basic idea behind Samplebrain is that you can do things like reconstructing source audio from a selection of other audio files on your computer. This allows users to do something like building a 303 riff from only acapella or bubbling mud sounds. James also uses the example of singing a silly tune which can then be rebuilt from classical music files. Apparently, the software has a few “cheaty” sliders that allow users to re-make anything from just one source file.

Samplebrain is currently available free on GitLab (https://gitlab.com/then-try-this/samplebrain). The documentation explains that Samplebrain works by chopping samples into a “brain” of small interconnected sections called blocks. These are then connected into a network by similarity. The software can then process a target sample and chop it up into blocks in the same way before attempting to match each block with one in its brain to play in real-time. The result is a sound being interpreted with a different sound.

While Samplebrain is capable of some interesting creations, the creators have warned that since working on it in 2015 and 2016, they gradually kept adding more tweakable parameters. This meant that the software became “slightly out of control.” Also, it was initially written to run on only a couple of computers as experimental, non-commercial software. As such, it still has some stability issues that the creators are working on based on user feedback. After downloading Samplebrain, it is recommended that users check out the manual (https://gitlab.com/then-try-this/samplebrain/-/blob/main/docs/manual.md) to learn the ropes.