The Hammond Auto-Vari 64 analog drum machine came out in the mid-1970s and borrowed heavily from the Roland machines of the era. Hammond worked with Ace Electronics to create several rhythm machines meant to work in tandem with their organs, so it is no coincidence the sounds are very similar. There are sixteen preset rhythms, with four variations each, for the 64 namesake beat patterns. The large case was meant to sit on top of the home spinet organs of the ‘60s and ‘70s, and there is even a Plexiglas panel on the top of the 64 to act as a sheet music stand when it is sitting on top of the organ.

On the rear of the machine are the standard connections (for the time), which is to say a power plug, an audio out jack, a balance trim pot to balance the high and low frequency of the audio output, and a foot switch for starting and stopping the patterns. While it lacked some individual volume controls for kick, snare, cymbals and such, found on the Roland TR-77, it does give you more combo possibilities than just the sixteen rhythms, because (just like the TR-77) you can press two or more buttons together to build combo patterns. Each of the sixteen rhythm selections contains four variations-- A, B, C, and D-- and are two measures long.

These four variations lead to the Auto-Vari switch, which is the dynamic heart of this machine. With the Auto-Vari function engaged, the four pattern variations, per selected rhythm(s), will cycle based on the measure dial control knob. At the shortest setting of 1/2 Measure, it will play the first half of the first bar of A, the second half of the first bar of B, the first half of the second bar of C and the second half of the second bar of D. At the 1 Measure setting, it will play one measure per variation before advancing and so on. Panel indicator lights show the user variation and measure information. The rest of the panel buttons are simple one- function affairs-- Off/Tempo, Start/Stop, Rhythm Pattern Selectors, and Volume.

While it is playing back a pattern, everything is live so you do not have to stop to change your settings. Playing the machine on the fly, changing the tempo, pattern selections and variations can give you some fun results.  Turn off the Auto-Vari function and you can create manual patterns of your own by selecting variations in the order you choose.

Not to mention all these old machines sound great through delays, distortion, reverb, compression or any effect pedals you may have laying around.  And they're a lot cheaper to find than their more famous siblings. 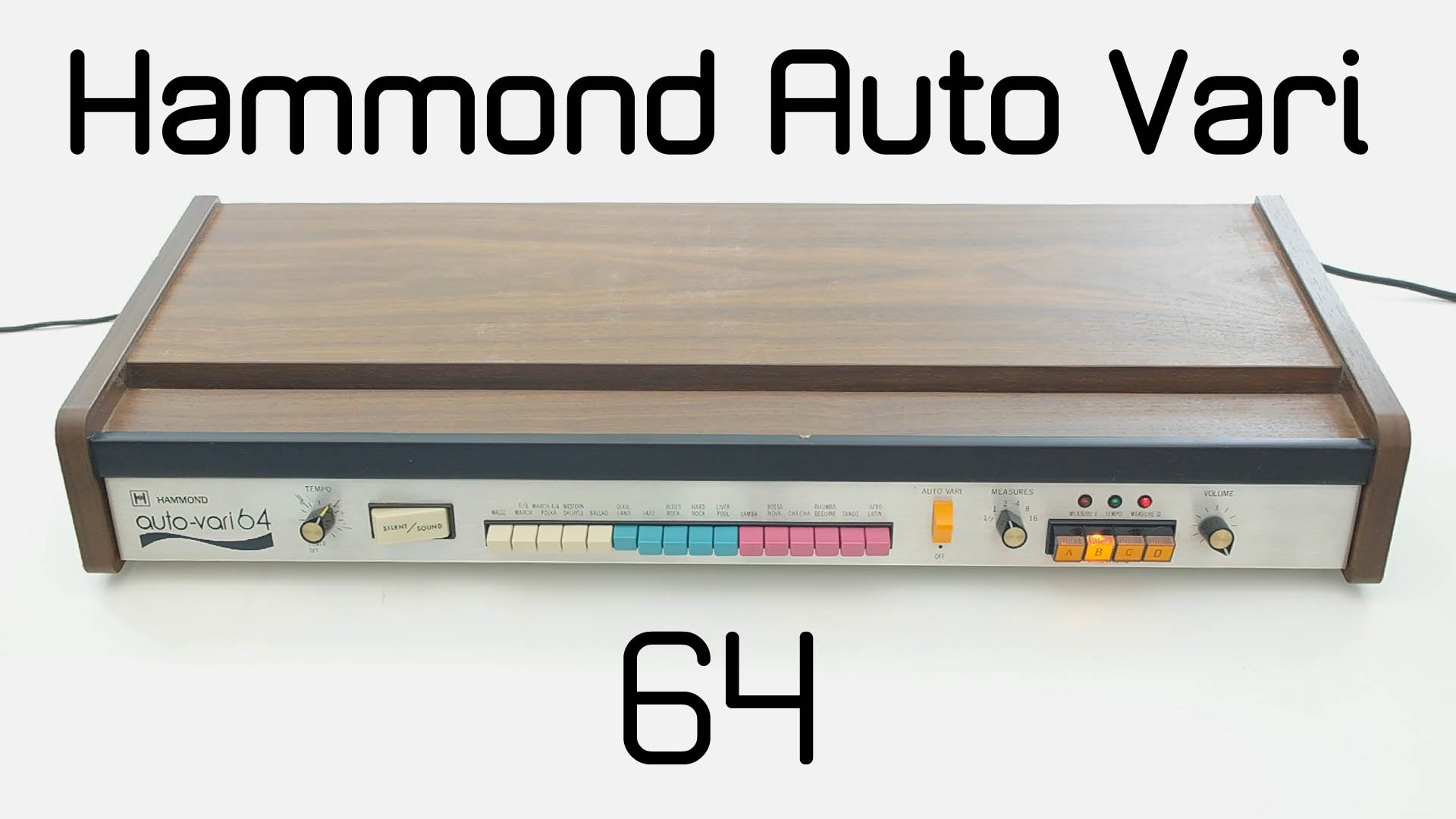