Korg's 01/W workstation synthesizer debuted in 1991 as the follow-up to the popular M1. The 01/W was the second chapter in Korg's workstation legacy, which goes on to this day with the Triton and Oasys series. The 01/W was geared towards beginning home studio enthusiasts that wanted to take a step further into a more professional realm. Compared with the M1, the 01/W featured many enhancements including a more dynamic 16-track sequencer (the M1 only had 8-tracks), 254 real world sampled instruments to the M1's 100, polyphony was doubled from 16 to 32 voices, and greater overall control.

The 01/W synthesis engine is based on Korg's own AI2 sample + synthesis design. AI2 was so successful that most later Korg synths in the 90's were also based on the new synthesis method. The 01/W is by no means difficult to program. There is a Quick Edit feature where you can adjust the parameters to the sounds you want by using eight soft buttons. That included octave, wave-shaping intensity, filter EG, VDA level, attack, release and effects level. Like the M1, the 01/W lets you layer up to eight Programs simultaneously to create a powerful Combination. Even without getting into the editing interface, the ability to layer any of the 200 programs together means you can create many diverse and interesting sounds.

Another big feature of the 01/W is its internal sequencer. Combining ease of use with powerful editing features such as copy, paste, move, overdub and punch-in & out recording, it is possible to create complex and highly professional sounding music all in one box without the need for a computer-based solution. The sequencer also works well in a master keyboard situation so that you can select channels to control external tone generators as well as the 01/W's internal sounds.

As powerful and versatile as this workstation is, however, there are downsides. Although there are 47 different fully assignable effects to choose from, only two are useable at any time, and act globally over all tracks in the sequencer! There is also no resonance control, so there are a very limited number of fun, synthy patches, with the 01/W leaning more toward the traditional acoustic instruments and sampled waveforms style (it's a true digital keyboard; the polar opposite of analog ideology). In addition, a few of the drum sets were mapped differently from the others, and were thus not interchangeable within the sequencer.

The original 01/W actually didn't sell very well, mostly because of its limited sequencer memory capacity. But the 01/WFD expanded the memory and added a Floppy Drive for disk storage and then it sold like hot-cakes and was followed up with rack-mount, 76 and 88 keyboard models. The 01/W-series was later replaced by the Trinity and Triton workstations. Nevertheless, the Korg 01/W-series was one of the most powerful workstations of its time, and it still holds itself together in a mix. Admittedly, the effects section does help, but the basic samples are quite good, especially the organ, pad and string sounds. Guitar and piano sounds are not its strong points, but the former benefits a lot from the great distortion effect. And the later models also featured an upgraded and much better sounding acoustic piano sound. All in all, an ideal board for pop, r&b, (hard) rock...less suitable for dance music. The 01/W-series has been used by Rick Wakeman, Tony Banks, Keith Emerson, Phil Collins, Jan Hammer, Vangelis, Jean Michel Jarre, Greg Phillanganes, Rod Argent, Dave Stewart, Patrick Moraz, Moby, Eddie Jobson, Chuck Leavell, T Lavitz, Tom Coster, and Peter Gabriel.

01/W - Original 61-key model. Was not a big seller, its sequencer memory was miniscule and had no external storage.

01/WFD - Same as original but with added internal floppy disk drive capable of loading and storing sequencer data and program patches and the sequencer memory was expanded from 7,000 notes to 48,000. The 01/WFD was a huge success for Korg.

01/Wpro - Same as 01/WFD but featuring a 76-note keyboard and an added Acoustic Piano Sample.

01/WproX - An 88-weighted key version of the 01/Wpro. Also with a huge wood surface, it's really nice although a bit big!

Trivia note: Apparently when the engineers at Korg were presenting their new workstation to replace the Korg M1, they were going to call it the Korg M10, but apparently someone in marketing saw the name upside down, and M10 now read "01W". Apparently they liked that a lot better and made it the official name of the synth. 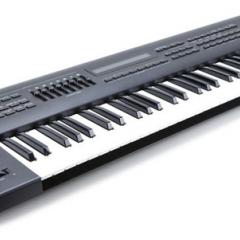 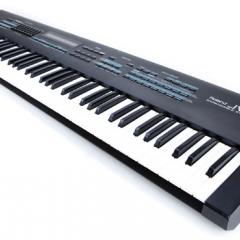 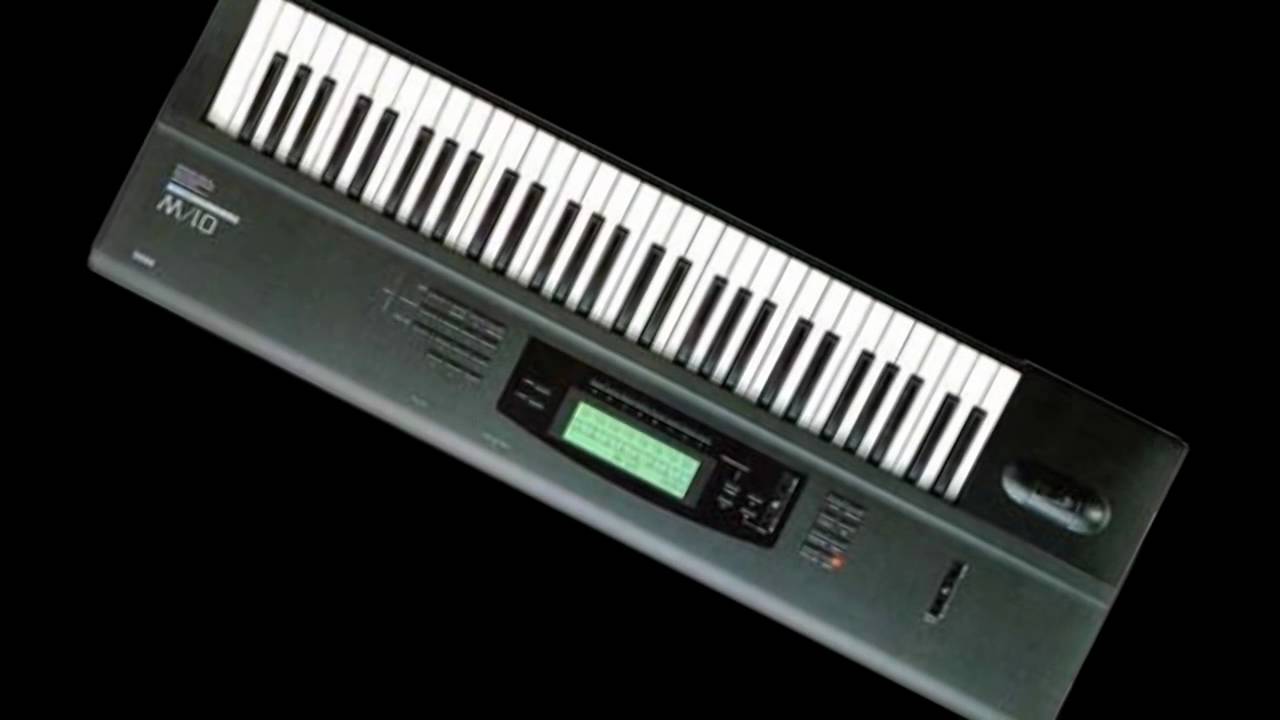 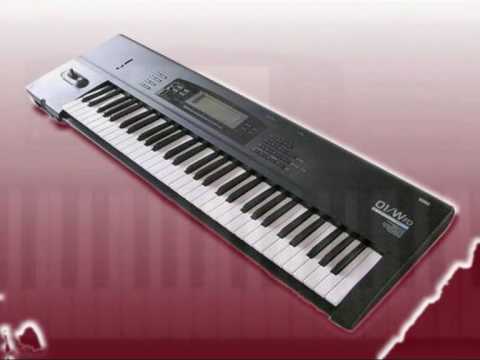 "Shine on You Crazy Diamond" on an 01/w
by
GIULSAV
ManualDownload the original owner's manual from SoundProgramming.net.