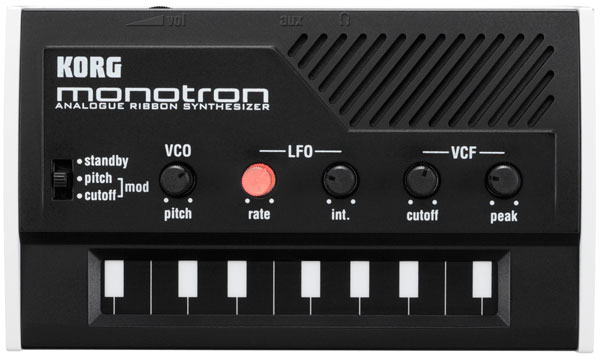 The Monotron, released in 2010, is Korg's first foray into the world of analog synthesis in nearly thirty years. Marketed as the "Go-Anywhere Analog," the Monotron is roughly the size and shape of a cassette tape (for those of you who know what that is). At its core, the Monotron is a (very) basic, but fun, battery powered monophonic analog synthesizer. It has one voltage-controlled oscillator that produces a saw waveform, one voltage-controlled filter, and one LFO.

Despite its apparent lack of sophistication, it is arguably quite musical. The oscillator is controlled by a small one-octave ribbon keyboard that spans a whopping 3.25 inches across the bottom of the unit. Since playing melody lines on a caterpillar-sized ribbon controller is haphazard at best, the Monotron is best suited for external audio processing and sci-fi spaceship sounds. However, the ribbon scale is adjustable, and the lowest setting scales the oscillator to track the "keyboard" printed on the ribbon. This, along with a little practice, should allow a player to perform simple melodies on the instrument. The LFO, which, like the VCO, produces a saw waveform that can be routed to modulate oscillator pitch or filter cutoff. The speed of the LFO is indicated by a blinking LED inside the rate knob.

Now, on to what may be the biggest selling point on the synth: the filter. Where to start? An entire book could be written on the MS-10/MS-20 filter, and it is difficult not to get long-winded about it. This legendary filter, now reincarnated in the Monotron, is back with its signature bite. Capable of self-oscillation, the celebrated 12 dB/oct lowpass filter is remarkably versatile and can produce a wide range of tonal variation. When paired with the aforementioned LFO, it is sure to provide endless hours of exploration and fun (often at the expense of others). "Thick" is the best term that can be used in describing its character: rich with harmonics, it is full of squeaks, gargles and howls just waiting to be unleashed through a quick jerk of the peak (resonance) knob and various tampering with the cutoff knob. An eighth-inch Aux input jack lets you apply the filter to any audio source too. The most notable limitations of the Monotron are the lack of any kind of VCA envelope generator (no ADSR here), memory and MIDI/USB options. 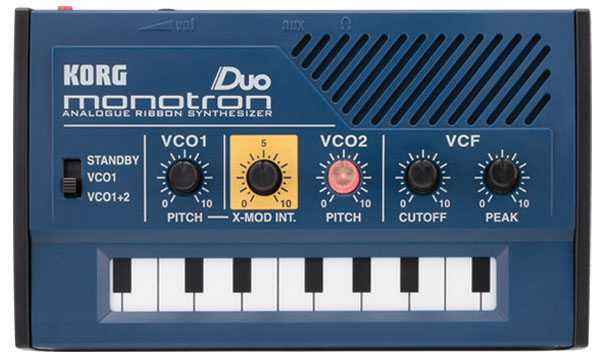 The Classic Monotron has been followed up by three siblings: the Monotron Duo, which adds a second VCO and X-MOD capabilities to the mix; the Monotron Delay, which, in addition to its analog oscillator, filter, and LFO, adds a (digital) "Space Delay"; and the Monotribe, which is essentially an expanded Monotron with a VCO capable of producing not just a saw wave, but also square and triangle waves. It also includes a 16-step sequencer and analog drum machine. 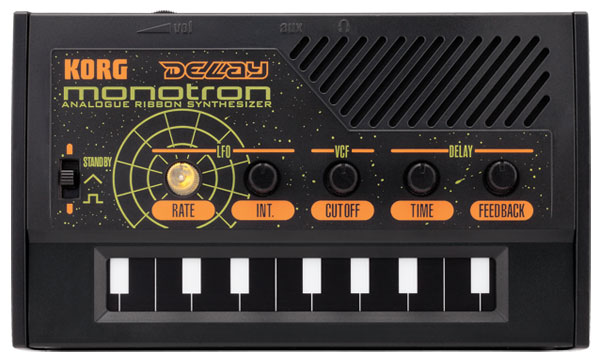 The Monotron's simplicity, price (around $50), and size make it ideal for anyone who wishes to learn the basic concepts of analog synthesis without blowing even a modest budget. Sure, the Monotron may look like a toy to some. But where else can you get a Korg MS-20 analog filter, and then some, for around $50? It makes a perfect pocket synth/analog effect unit. Being battery powered and equipped with a built-in speaker, you can take it anywhere for processing audio, or just having fun creating analog synth sounds. In fact, they are inexpensive enough that it could be worth getting a couple, allowing for some polyphonic synth action or processing. The little Monotron series are really a useful addition to any musicians tool box...or pocket. 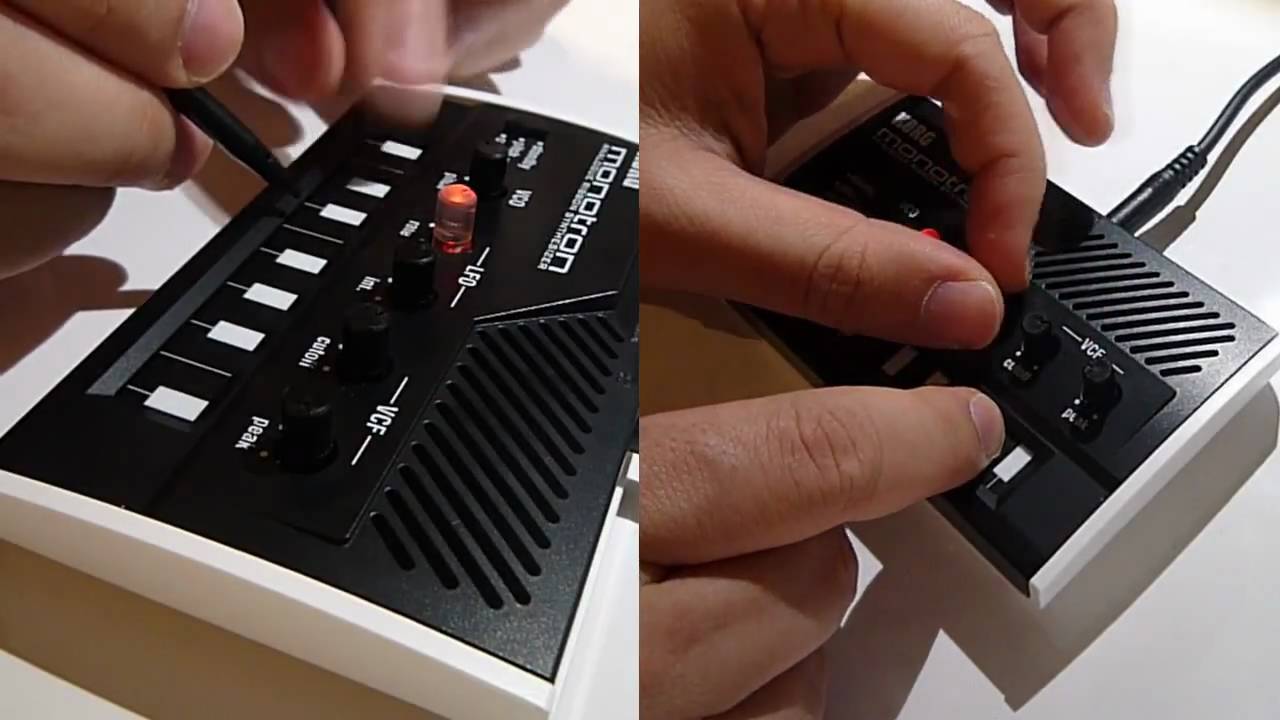 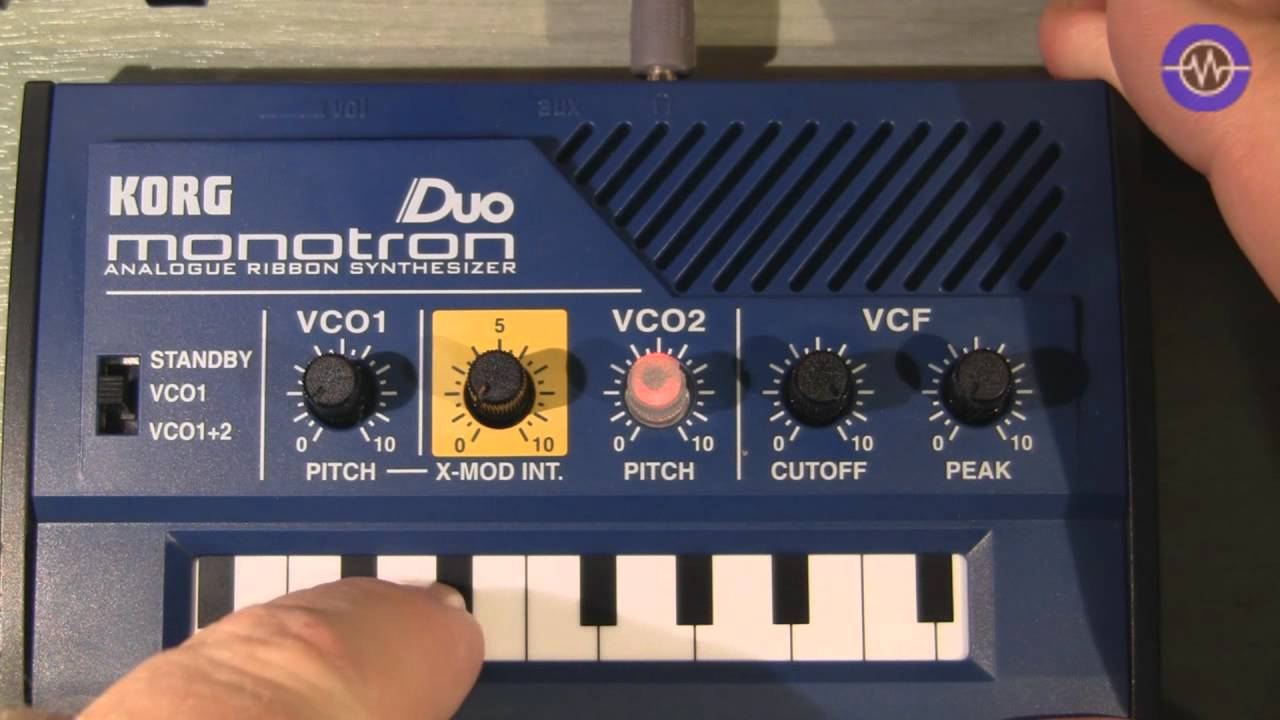