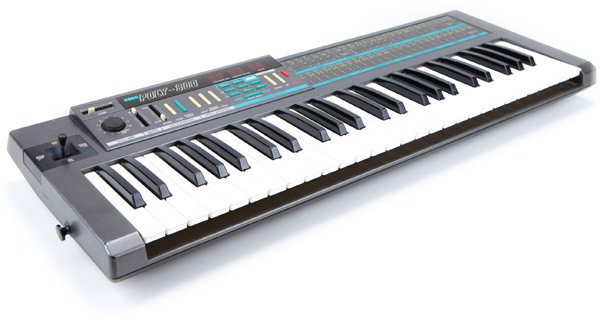 At a time when Roland was doing well with their Juno-series, KORG countered with a poly-synth of their own in 1983 with the Poly-800. The Poly-800 was comparable to the Juno-106, at the time, with respect to the fact that musicians now had access to affordable programmable polyphonic analog synthesizers (it listed for under $1,000) with memory storage, stable DCOs (digitally controlled oscillators) and a new state-of-the-art technology called MIDI (although there was no SysEx implementation yet).

The Poly-800 is an eight-voice instrument (two more than the Juno series) with 64 memory patches (half of what the Juno-106 offered) and up to 50 editable parameters! Like the Juno, the Poly-800 had one DCO per voice, although it did feature a Double mode in which the oscillators could be stacked up for a fuller sound and only four voices of polyphony. The analog filter is a 24dB/oct low-pass which is shared by all voices (the Juno has separate filter chips for each voice). There's also a stereo chorus effect, chord memory, a simple built-in sequencer, three digital envelope generators (for the oscillators, the noise generator and the filter), and a funky joystick used to adjust the pitch, modulation and the filter.

Unlike the Juno, which was still a “studio” instrument, the Poly-800 was built for the performer. With a light-weight plastic case (only 10 lb.), a couple low-profile sliders/knobs and only 49 keys, the Poly-800 can run on batteries and has guitar strap pegs so it can be worn like a keytar. A less common reversed color keys model was released for a unique look as well. 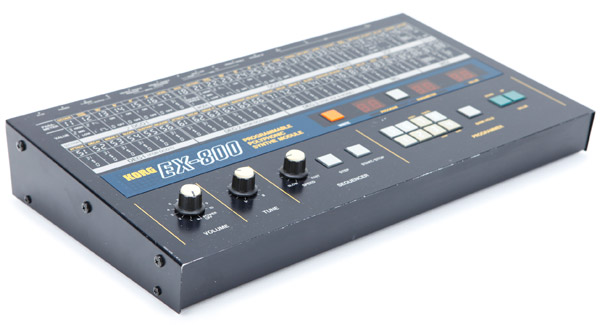 In 1984, a keyboardless tabletop/rackmount version was released, called The EX-800. In both the Poly and EX models, all sound editing is accomplished by scrolling to a given parameter, described by little more than a two-digit number, and pushing the up or down buttons to adjust it. Fortunately every parameter’s two-digit numeric code and data-range is printed on the faceplate. Obviously, the Juno series has the edge over the Poly-800 when it comes to hands-on editing, however, some sort of external MIDI controller is usually sufficient to get more hands-on and real-time control. 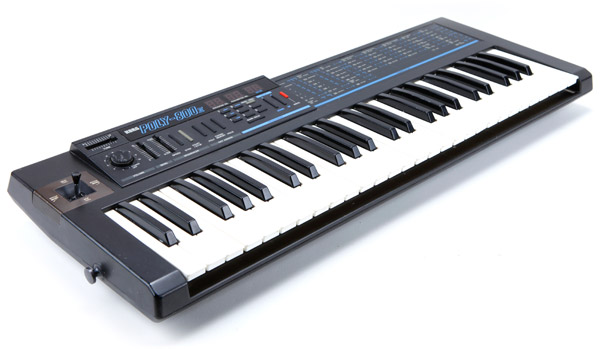 The Poly-800 model was succeeded by the the Poly-800 mkII (pictured above) in 1985. The mkII added digital delay effects, MIDI SysEx functionality and a darker paint job. Note that the Siel DK70 is very similar to the Poly-800. Poly-800s have been used by Orbital, Depeche Mode, Sneaker Pimps, Vangelis, Geoff Downes, Nick Rhodes (Duran Duran), Yesterdays and Jimi Tenor. 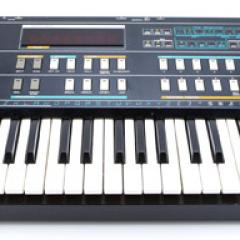 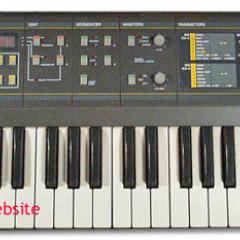 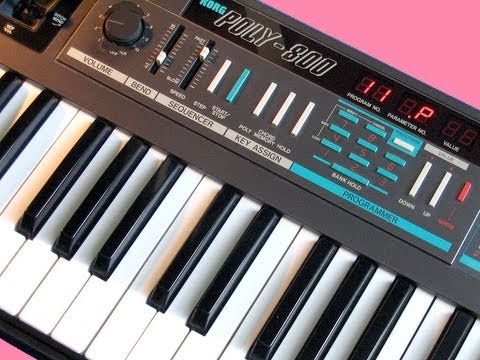 KORG POLY-800 Analog Synthesizer 1984 | HQ DEMO | PATCHES
by
AnalogAudio1
Audio Clip 1 A sequenced Poly 800 MkII demo (the original voice 45 "digital bass" patch) with the use of the "VCF" function of the joystick and addition of digital delay at the end, submitted by Paolo Palazzi.
ManualHere is a link to the Poly-800's manual and schematics. The manual is available as scanned GIF files in 5 downloadable pieces.