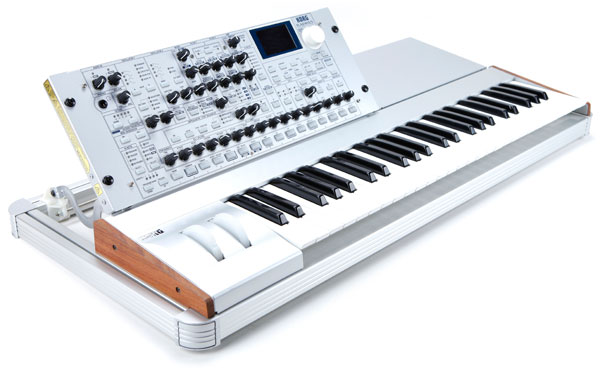 The Korg Radias is a Virtual Analog synthesizer that was released by Korg in 2006. It takes advantage of the MMT (Multiple Modeling Technology) that their flagship OASYS synthesizer module employs. The synthesizer itself is similar in design to the MS2000, but offers many more capabilities. It is capable of emulating older digital synthesizers and classic analog synthesizers like the MS-series without any noise or aliasing. The Radias also allows for various external sounds to be fed through its filters and envelopes. It also has the Korg DWGS (Digital Waveform Generator System) that the Korg DW-8000 employs.

The Radias also takes advantage of the KKS (Korg Komponent System) which allows it to be used with the 49-key keyboard or used as a standalone rack module, and the Radias-R unit can be connected to the M3 Music Workstation/Sampler along with its various keyboard models.

The Radias has two oscillators per timbre and a noise generator. Oscillator #1 has nine basic waveforms, with four types of modulation and PCM (64 synth sounds, 128 drum sounds) and Oscillator #2 has four basic waveforms with two types of modulation. The Radias has the ability to stack up to five types of waveforms in Oscillator #1, while using only one voice of polyphony. In Unison mode, you can stack five additional waveforms, while using more polyphony. With this function, you can create some awesome super waveforms-the overall result can contain up to 25 detuned waveforms. The Radias also has two Low-frequency Oscillators (LFO) that add more modulation to the two audio oscillators. These LFO's provide six waveforms and their speeds can be set manually or by tempo.

The Radias itself has four timbres per program. With a timbre, you can assign one drum program, another can have a lead, a bass, and a vocoder as well; all in one program! Each timbre can contain one synthesizer/drum kit, equalizer, and two multi-effects.

The Radias has two filters that can be used side-by-side, individually, or in a series. They offer Low Pass, High Pass, Band Pass, and Combination modes. Each filter offers 24 or 12 dB modes for the low pass filter. The effects on this unit are remarkable as well. The Radias comes loaded with 33 different effects: Delays, Chorus, Flangers, Compressors, talking modulator, and even the good old Polysix Ensemble effect. You can assign one master effect to the program, while each timbre gets its own two effects, creating a whole world of possibilities. The Radias also offers a 16-band vocoder with a nice Formant Motion recording function that allows you to record up to 7.5 seconds of external audio which can then be triggered via the keyboard.

The Radias has a built in arpeggiator as well, providing six different patterns to choose from. Patterns can be up to 32 steps long and the gate/velocity can be set for each step to get that sound you want! It also has two 32-step sequencers (they can be combined for a 64-step on a single timbre). They can easily be assigned to a drum kit, for example, to use the Radias as a programmable drum machine. The step sequencer supports 8-voice polyphony per step.

Overall, this synthesizer is a nice addition to anybody's set-up. It's a good virtual analog that is also quite good for the beginner to learn subtractive synthesis on. Korg also has excellent customer service, and the owner's manual for the Radias is very comprehensive and clearly explains its many functions. The Radias also has a software-based sound editor that is compatible with the newest versions of Windows and OSX. It has been used by Jordan Ruddess and Tangerine Dream. 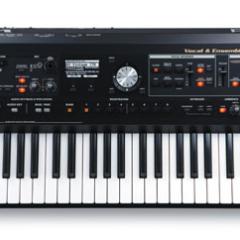 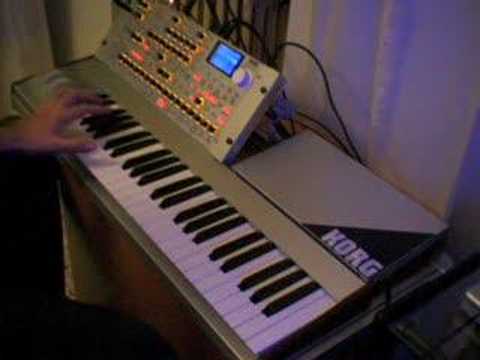 Video demo of the Radias
by
gattobus 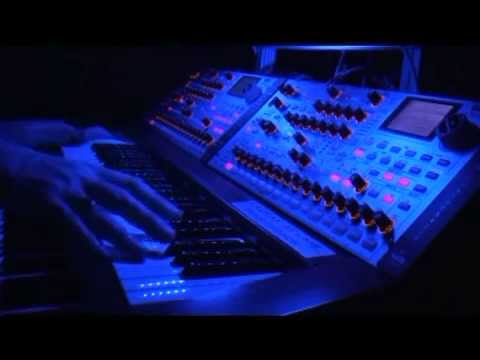 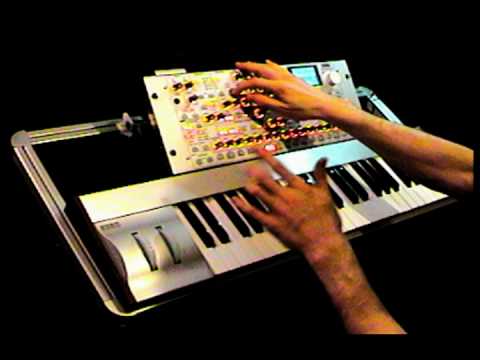 Korg Radias - demo (1 of 2)
by
WC Olo Garb
Audio Clip 1 Demos of a whole bunch of patches from the Radias.
ManualDownload the complete owner's manual from Korg here.